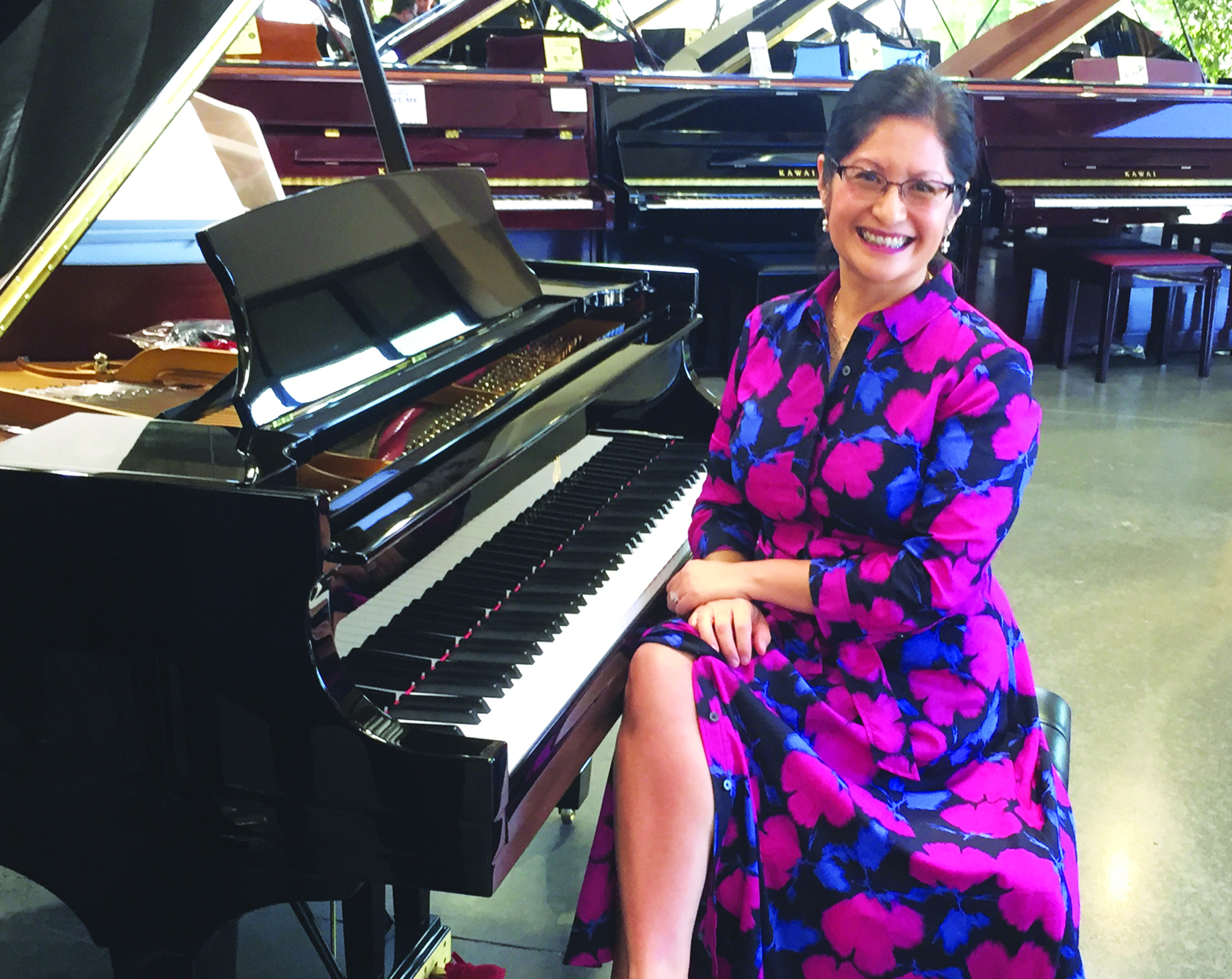 “Competitions serve as way to ‘risk forward,’ pushing your technical skill as well as focus and expression,” says pianist/comedian Edna Nerona of Escondido.

The competition invited performers from ages 7 years to 27 years old and over to compete. In addition to piano, other categories included:  vocal performance, violin, wind instruments, percussion, Chinese orchestra, and Chinese string and Chinese plucked.

Nerona, a resident of Escondido, is a professional speaker, who has competed in over 50 Toastmasters contests.  As a comedian,  she has performed at the world famous Comedy Store in La Jolla, the National Comedy Theatre, and other venues around the county.

“In public speaking and comedy, you grow by performing in front of different audiences, “she said.  “It‘s also very true for piano.  Competitions serve as way to ‘risk forward,’ pushing your technical skill as well as focus and expression.”

She added, “My dream is to merge comedy and classical piano so I can entertain and inspire audiences in the same way that the great Victor Borge did.”

Competition results are pending.  Awardees will be recognized at the October 2017 Gala (date to be announced).

To learn more about Edna Nerona, visit her website:  www.EdnaSpeaks.com.  Details about the Hong Kong International Music Festival  can be found here:  www.starsdus.com/