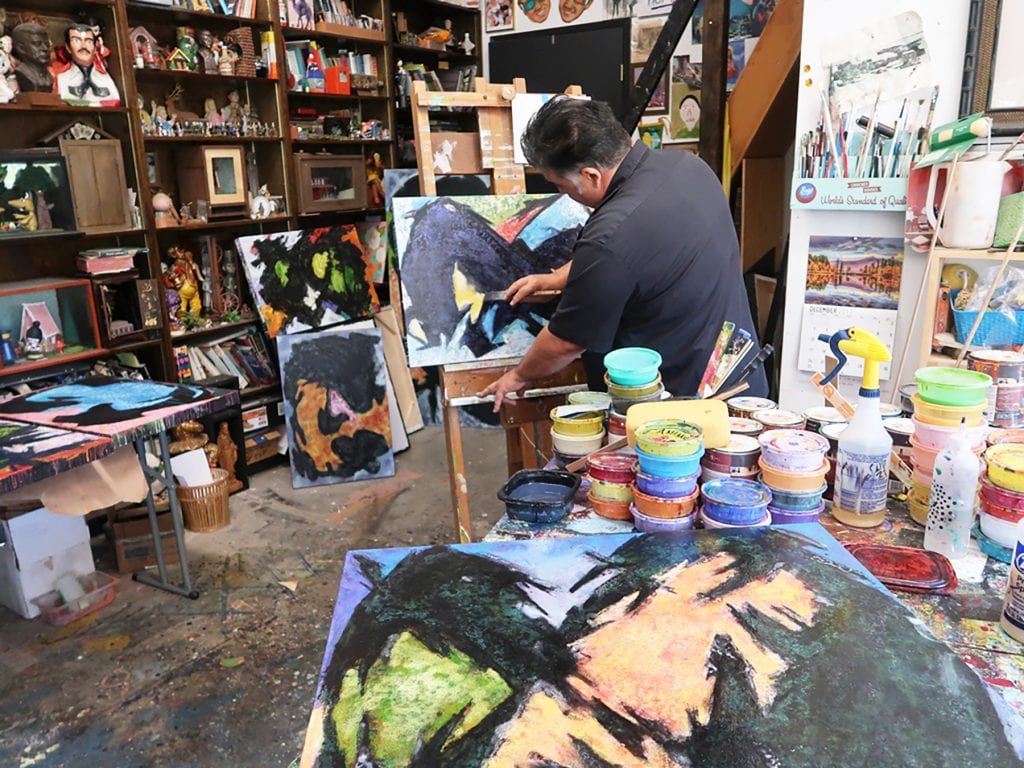 Escondido artist Bosko Hrnjak’s works will be highlighted in an exhibit in Los Angeles at HelMel Studios, which is owned by film star Val Kilmer.

Times-Advocate readers last read about Hrnjak in July 2018 in the feature: “Film opens about Escondido man, Bosko Hrnjak and ‘Rebirth of Tiki.’ ” They learned of the documentary film “Bosko and the Rebirth of Tiki,” and  Hrnjak’s art and role in the of the lost art of Tiki.

The exhibit at HelMel Studios, entitled “Odyssey” will explore evocative mid-century abstract forms and photography and will open Friday, Oct. 18, 5 – 9 p.m. with a private reception. The works are a technical amalgamation of Hrnjak’s previous modes of abstract paintings.

This series of paintings Hrnjak evokes an atmosphere like viewing a galaxy or a shallow pond in stillness, a world unto itself, time and space captured. Unlike his earlier pieces now the gestural form is more expressive and the color no longer functions as just a field but is locked into the flow, like notes in music, remove one part and the structure falls apart. The edge between dark value and color fold into one another, the color and shape are both breaking out from the picture plane and collapsing in on itself.

“During the ‘90s I was deep into investigating and rediscovering aspects of a forgotten culture, one I grew up alongside in Southern California, mid-century America. Many of the subjects I’m creating now, started during that period“, Hrnjak said. “Among the most exotic pieces were old school abstract expressionist paintings, most of them were bad knock offs, but coming from a formal figurative art training back ground what they implied really got under my skin. A few years later I found several beautiful ‘60s birch door blanks and I was off”.

“The order and purity of Hrnjak’s work is hypnotizing in design,” said Val Kilmer. “His nuanced art projects an effortless nature that reflects the timeless appeal of abstract expressionism. The spirit of these works is a wonderful cross-section of familiarity and discovery.”

Embarking in urban archeology, exploring thrifts shops and swap meets, road trips to forgotten neighborhoods, mostly to collect bits and pieces of this wondrous past, Hrnjak soon found his whole house was (and still is) decorated with these finds.

The second portion of “Odyssey” is photography from California’s largest lake, the Salton Sea. Hrnjak has been chronicling its devolution for nearly twenty years now. The juxtaposition of natural wonder, filthy pollution and impoverished ghost towns of Mid- century Modern architecture presents a surreal version of the American dream. 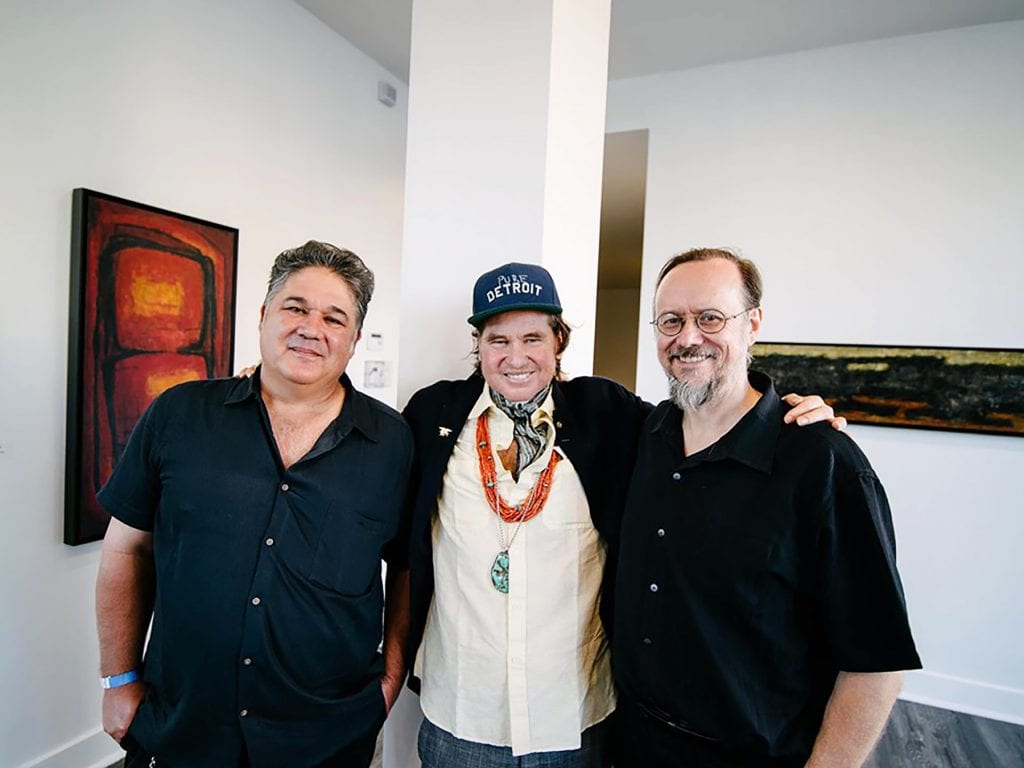 Escondido artist Bosko Hrnjak (left) with Val Kilmer and (right) Mark Ryden, Hrnjak’s oldest friend and a well-known artist in his own right. They met him in art class at Escondido High School in the late 70’s.