Escondido youth among those honored at State Capitol 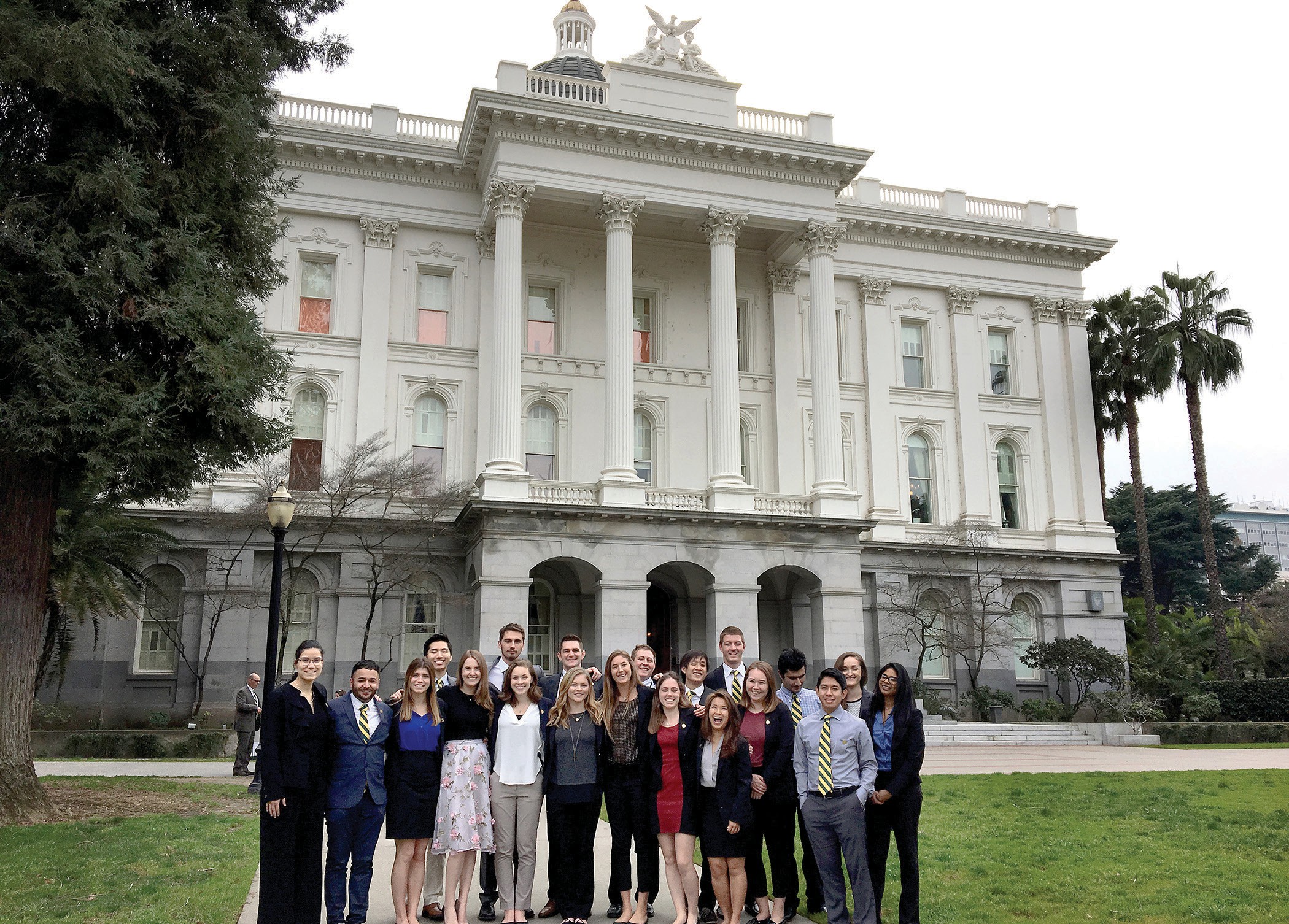 Cal Poly students who were honored last week in Sacramento. Ceremonies were held in each legislative chamber Monday afternoon, February 13.

Escondido resident and Torrey Pines High School grad Nelson Lin, who is attending Cal Poly SLO was part of a group of Cal Poly students honored by state lawmakers on the floors of the Assembly and Senate in Sacramento February 13.

Lin, 22, who graduated from Torrey Pines High in 2012 was one of 20 students recognized for their awards and other accomplishments.

Lin, who is studying mechanical engineering in the College of Engineering, was the leader of the team that won the 2016 American Society of Mechanical Engineers’ Student Design Competition.

The five-member team, which also received the $4,000 top prize, displayed a battery-powered, model-sized automated system that fired paper projectiles through the air. The team competed against some 200 engineering students from colleges and universities from 11 countries around the world.

“What made our entry stand out was its simplicity, which we achieved by reducing the number of moving parts, together with a modular design that we developed to optimize size and mimic a real process line,” Lin said. “It was through that design-build-test process that, two months into our design work, we discovered our winning idea: a dart-shaped design — the only such projectile there 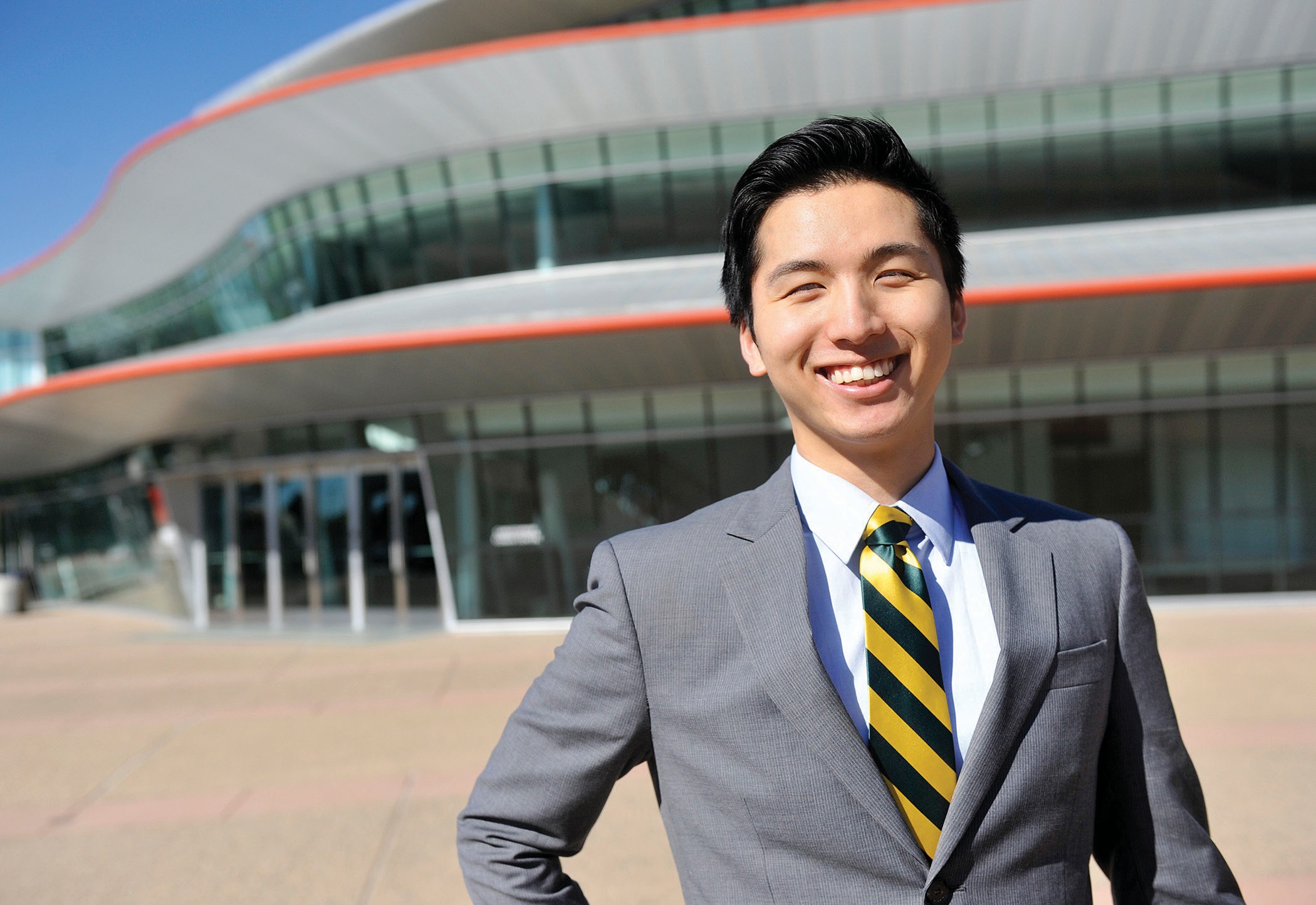 Escondido resident Nelson Lin: “Neither of my parents made it past middle school. Coming in to college, I never thought to end up winning an international engineering competition or interning at Apple. This is just extra cream on top.”

— that beat out the second-place Hong Kong team by four times their score.”

Lin is also a former Apple intern, a stand-up comedian and the owner of an electronics repair shop that he runs from his apartment.

The 20 students, who garnered a variety of national and regional awards and honors, represent all six of the university’s colleges.

The students met with the Office of Governor Jerry Brown and with representatives from each student’s respective Senate and Assembly districts.

“I am so pleased to share with our state leaders the can-do Learn by Doing ethos that this group of dedicated and talented students exemplify,” said university President Jeffrey D. Armstrong, who accompanied the students to both legislative chambers. “These fine young men and women from all six of our colleges will be future leaders in their respective fields.”

Each has distinguished him- or herself as an individual or on a team that has received a national industry award or on other high-profile events, including the Tournament of Roses Parade, with a worldwide TV audience of 100 million.

The group also greeted family, friends and alumni at a series of receptions in the East Bay and Sacramento area Sunday and Monday.