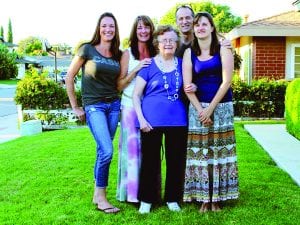 Rosie Barnett and her family (she is second from left) her mother, the late Miriam Gorgita, who Mrs. Barnett will walk in memory of in September.

Rosie Barnett of Escondido knows the heartache that comes with Alzheimer’s disease. Fighting this disease is personal for Barnett, acutely personal. She watched her mother decline, each day losing a small part of what made her mother who she was.

Barnett witnessed her mother change from a vibrant woman to one barely recognizable as the woman who raised her. Miriam Gorgita, known to the family as Mimi, passed in late May of this year.

“I’m passionate about working on behalf of Alzheimer’s,” Barnett says. “No one should have to go through this. It’s miserable and not having any options for treatment makes it especially painful for patients and their families. It’s the worst kind of death sentence, you lose someone you love, one small piece at a time, until the person you knew is gone, yet still lives.”

Losing her mother makes Barnett more determined than ever to do whatever she can to help find a treatment for the mind-robbing disease.  With many charities and non-profits vying for every extra dollar, Barnett knows that she has to employ out-of-the-box ideas to raise awareness and funds. She started a team for the Walk to End Alzheimer’s (which will happen September 23 in Kit Carson Park) called the Walking Winos. If you guessed that she’s a wine enthusiast you’d be right.

A lot of people have joined her team both to support her efforts and to make a public statement that it’s time to put an end to Alzheimer’s. Her walk team members include family members, friends, strangers and Escondido’s mayor and city manager. She’s intent on building a team with a large presence that in turn will raise significant funds to go towards finding a treatment.

In addition to working at a local winery, Barnett runs her own photography business. This is where her out-of-the-box fundraising comes in. She photographs pets for a project called Paws to Remember. She takes adorable, complimentary photos of pets, and then tells their pet parents that if they wish to compensate her that instead they make a donation to her walk team to benefit the work of the Alzheimer’s Association. 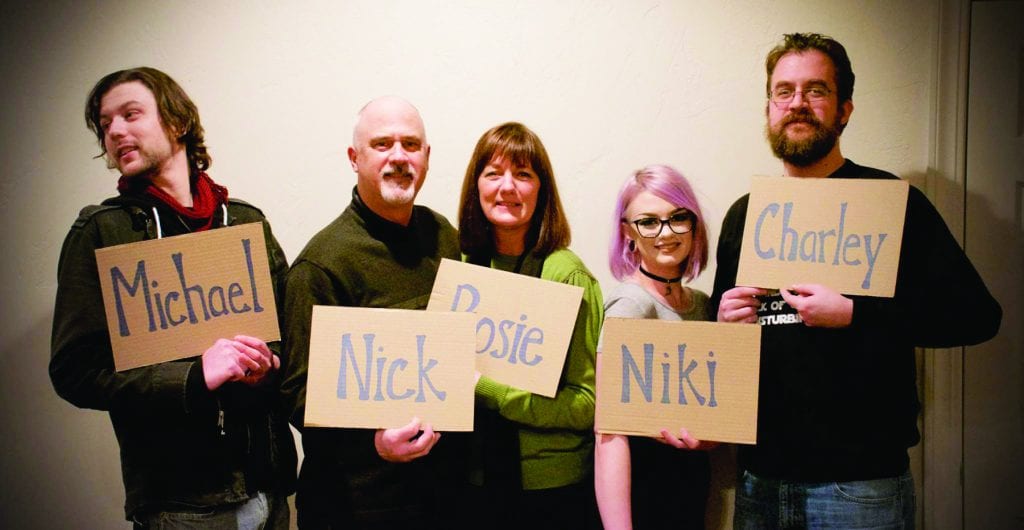 Unconventional? Yes, but then Alzheimer’s is not a conventional disease. It defies logic; it defies years and years of research that by now should have rendered a treatment. It hasn’t and that’s why Barnett will keep doing all that she can, one step, one photo at a time.

To start a team, visit: alz.org/walk.