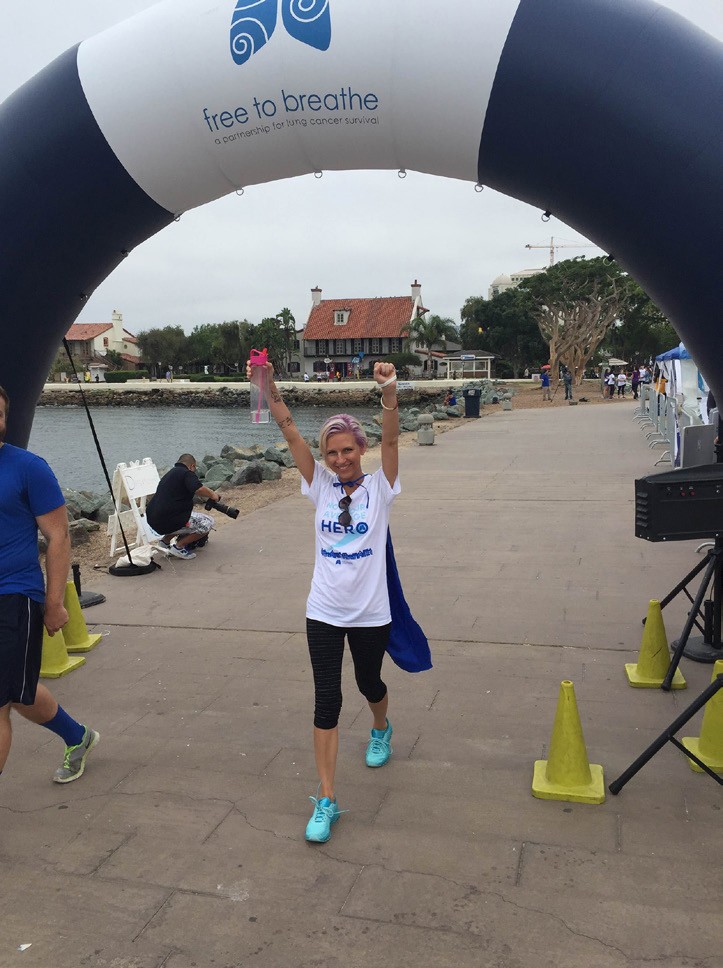 She did so for multiple reasons. First, to help bring awareness to the disease of lung cancer that takes more lives than breast, colon and pros­trate cancers combined. Secondly, she wanted to pay tribute to Free to Breathe, a lung cancer research and advocacy organization dedicated to doubling the survival rate of said dis­ease by the year 2022. “It’s just a great organization made up of some won­derful people who are determined to make a difference,” praises Tanksley.

But there was also a very personal motivation and incentive for Tanksley to take part and get involved. You see, her beloved cousin Tim fell victim to the disease at a stunningly young age (31) in August of 2013. What made Tim’s fate all the more difficult to comprehend was the fact that the for­mer Marine did not fit the stereotype of those thought 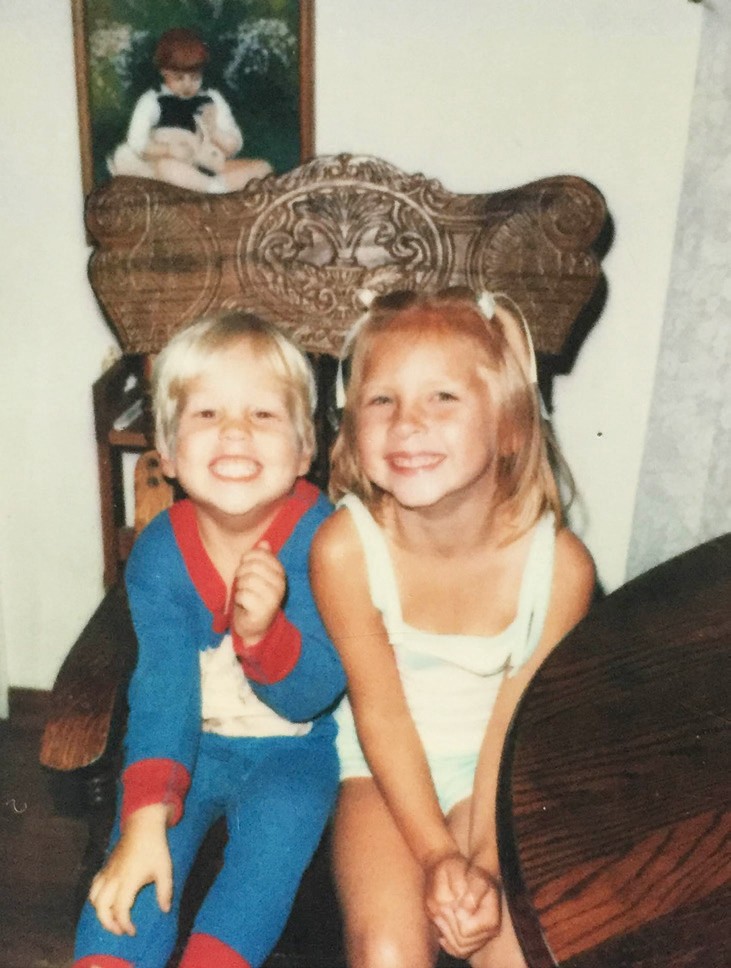 In their younger days, Denette Tanks­ley and her beloved cousin Tim share a happy moment. Photos courtesy of Denette Tanksley.

to be vulnerable to such an ailment.

Blond-haired and blue-eyed, Tim was tall, strong and very fit. What’s more, he was a non-smoker. Not ex­actly a prime candidate to be struck down by such a malady. But it is re­vealing to note that a significant num­ber of those afflicted with lung cancer, somewhere in the neighborhood of 17%, do not smoke cigarettes, ci­gars or anything else for that matter.

Denette remembers her cousin fondly. “We were really close growing up,” she shares. “We had a lot of fun together, whether it was swimming, playing pranks on each other or just doing a sleepover. He was a fun-loving guy who was a hilarious person to be around. He had this dry sense of hu­mor that always got you to smile. He had a lot of standup comedian in him.”

Tanksley also admired the way her cousin wasn’t affected or deterred by what others may have thought or said. He lived his life to the beat of his own drummer and stayed true 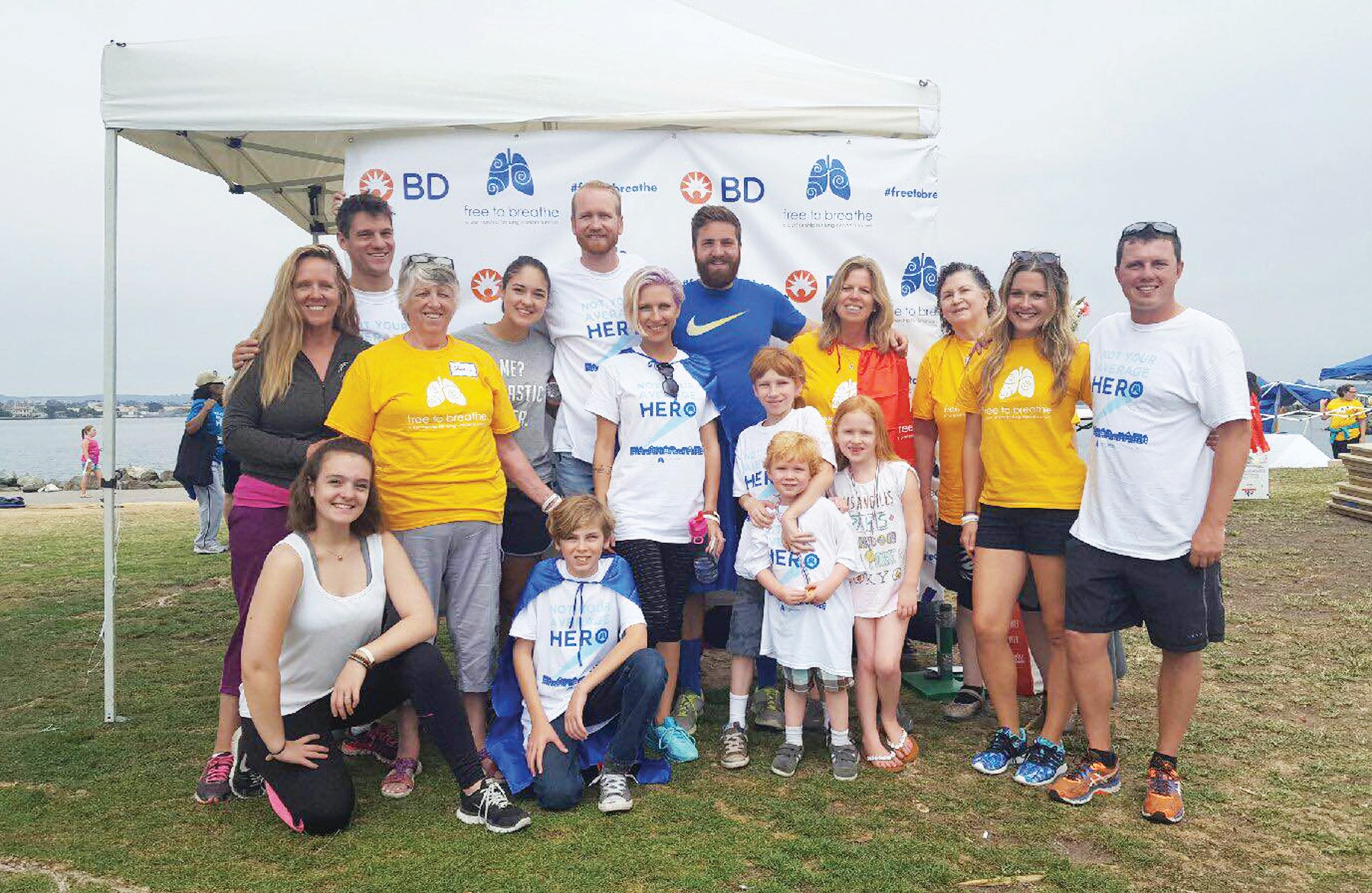 Family and friends of Denette Tanksley gather after the Free to Breath event.

Tim’s battle with lung cancer lasted over a year and throughout the ordeal and treatment protocol, Denette re­calls his fighting spirit and determina­tion to stay strong. His game mindset resonates with her to this very day.

When Tanksley, a mother of four, walked the 5k this past Sunday, she did so alongside family members and friends. She also had the memory and inspiration of Tim to carry her along. “This is definitely a way to honor and remember him,” Denette says with emotion.

Because of Tim’s experience with the disease, Tanksley has become a passionate advocate and supporter of the Free to Breathe organization. Since 2005, the group has raised over $14 million to support groundbreaking research and educational programs. This year alone, Free to Breathe will be funding two lung cancer research grants totaling over $1.2 million.

In the coming years, Denette plans on being front and center at the local Free to Breathe event. It’s become a passion and a crusade of sorts. The memory of Tim has made it so.