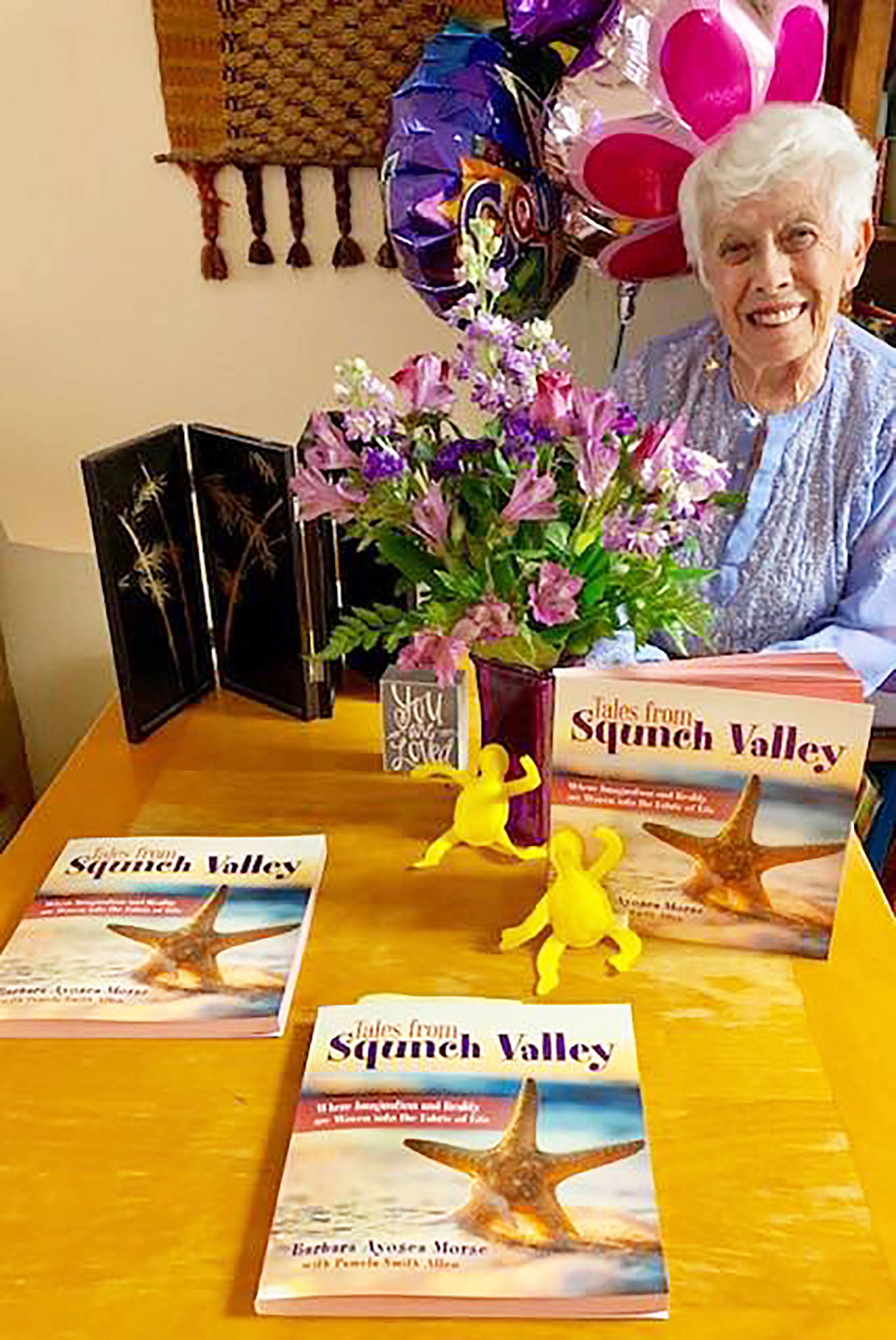 Author Barbara Morse with copies of her new book, “Tales from Squnch Valley.”

The children’s book “Tales from Squnch Valley” had its origin when current  Escondido resident and former Valley Center resident Barbara Morse was working as a dance and movement teacher in the 1960’s.

To perk the children’s interest, she would make up stories about sensitive little creatures, called Squnches, who emerged from their shells in a magical place called Squnch Valley. As her life unfolded, the path from inspiration to publication was a winding road.

From the 1970’s to the 1990’s, Morse worked as a recreation therapist with children and adolescents in child care centers, hospitals, and therapeutic treatment centers. She used the Squnch stories as part of an expressive arts program and also gave numerous workshops to teachers and therapists.

Four of the stories were made into records by Chevron Oil and distributed to schools in California. Later, another company bought the rights and turned the stories into cassette tapes.

Changing her direction, Morse credits a work-related weekend seminar in movement education and dance therapy for her first yoga experience. Her interest and proficiency in yoga increased over the next thirty years. Morse is a Registered Yoga Teacher (RYT) with the Yoga Alliance, making her Barbara Ayosea (her spiritual name) Morse, MS, RTR, RYT – “That’s a lot of letters for a small person!” she says.

Morse was a yoga instructor for Palomar College and also conducted private classes in the 2000’s. She served on the board of directors of Ed Brown Center for Active Adults in Rancho Bernardo, until she semi-retired in 2012 and moved from her home in Valley Center to independent living at Cypress Court. She is still active in the community and teaches chair yoga to residents and staff.

In 2018, Morse and longtime friends Pamela Smith Allen, Diana Dootson Rose and Robin Mayfield created Team Squnch to assist her in sharing her stories with the children of the world.

The team produced a limited edition CD set and developed a website and Facebook page. Allen chose AuthorHouse as the publisher and facilitated the images and revisions in the publication process.