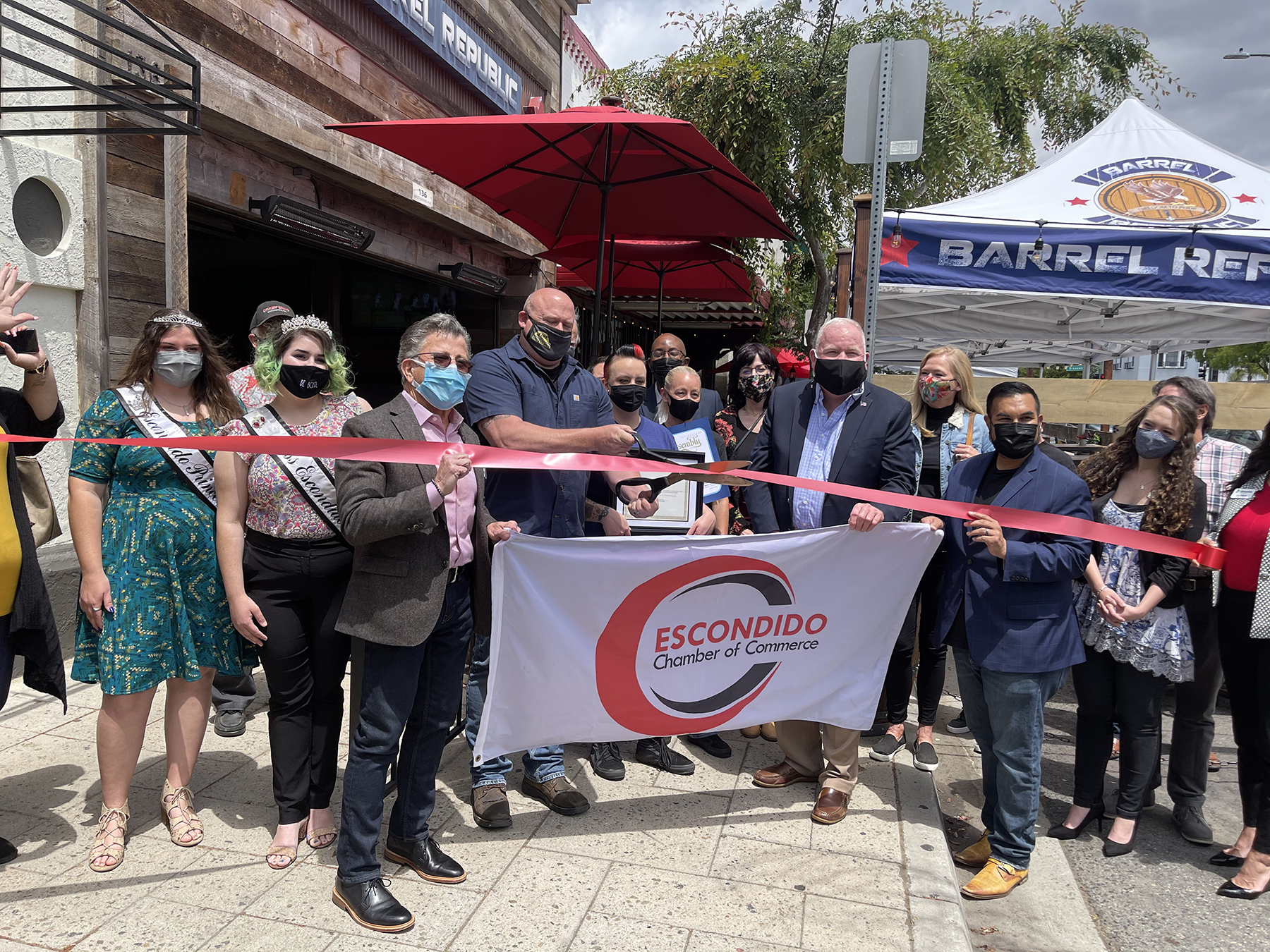 Escondido Chamber of Commerce members and Mayor Paul McNamara help the new Barrel Republic celebrate its opening on Grand Avenue. It’s been a long two years for the business, which was delayed from opening by many factors. In the front row are (from left) members of the Miss Escondido royal court, J.R. Rowten, CEO of the Escondido Chamber; Torrey Cluett, general manager of the local Barrel Republic; Mayor McNamara; Wehay Quisquis.

Tuesday afternoon the Escondido Chamber of Commerce and other dignitaries welcomed the new Barrel Republic to the businesses along Grand Avenue.

The opening of the restaurant has been a long time coming; more than two years. It was delayed from happening last year by the advent of COVID, which affected the brew industry in a big way. On the flip side, working with the city was easy as it was a business that the city wanted to bring onto Grand Avenue as an anchor.

The Chamber hosted a short ribbon-cutting ceremony where Mayor Paul McNamara spoke about the long time the business had waited and the challenges it met.

Barrel Republic has a unique way of serving the many brews on tap. Patrons purchase a certain amount, which is entered onto a bracelet that they wear. They can then go from tap to tap, and sample as much or as little of each brew as they want.

So, it’s possible to just drink one kind of brew, or have small samples of as many as you like. 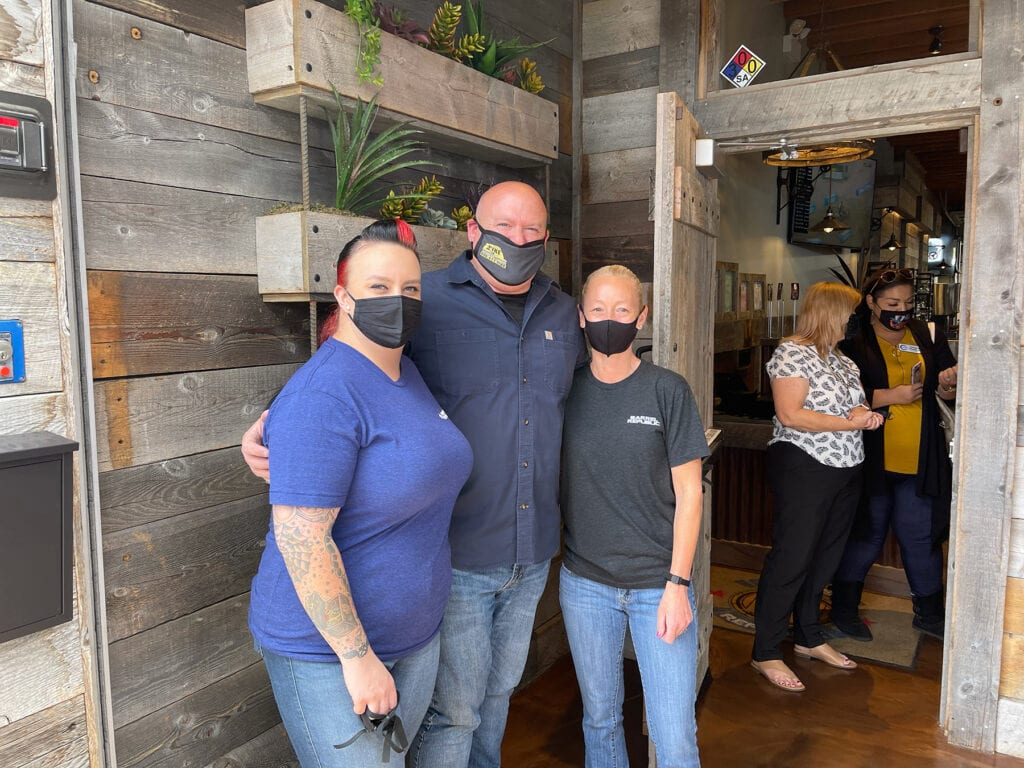 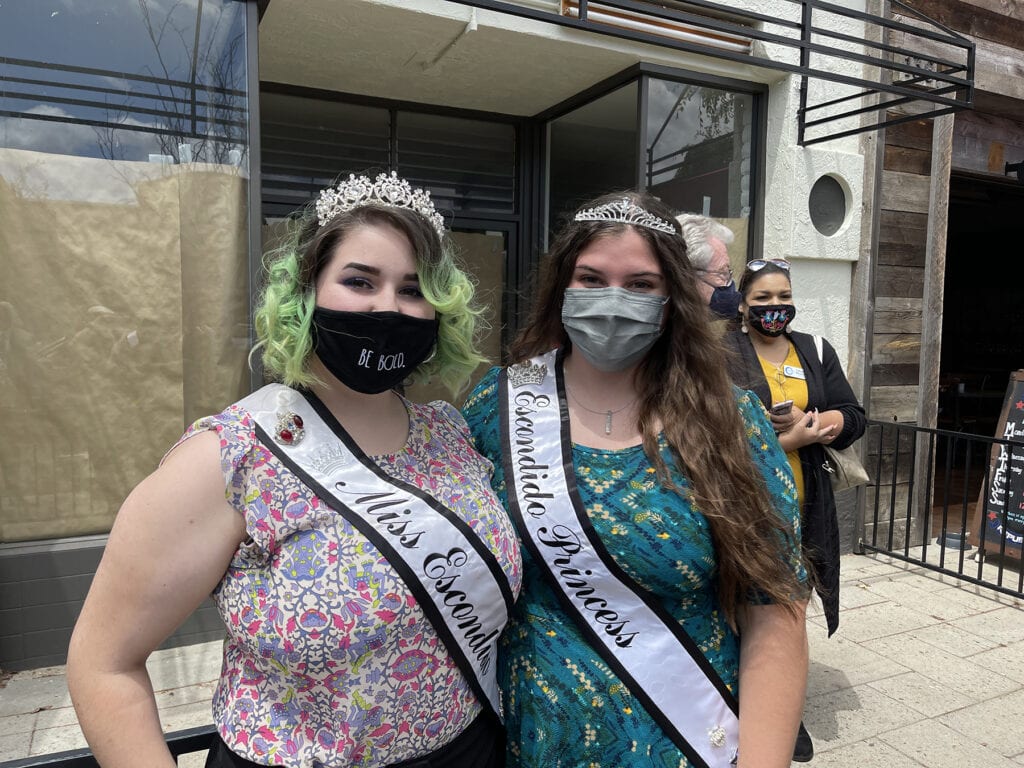 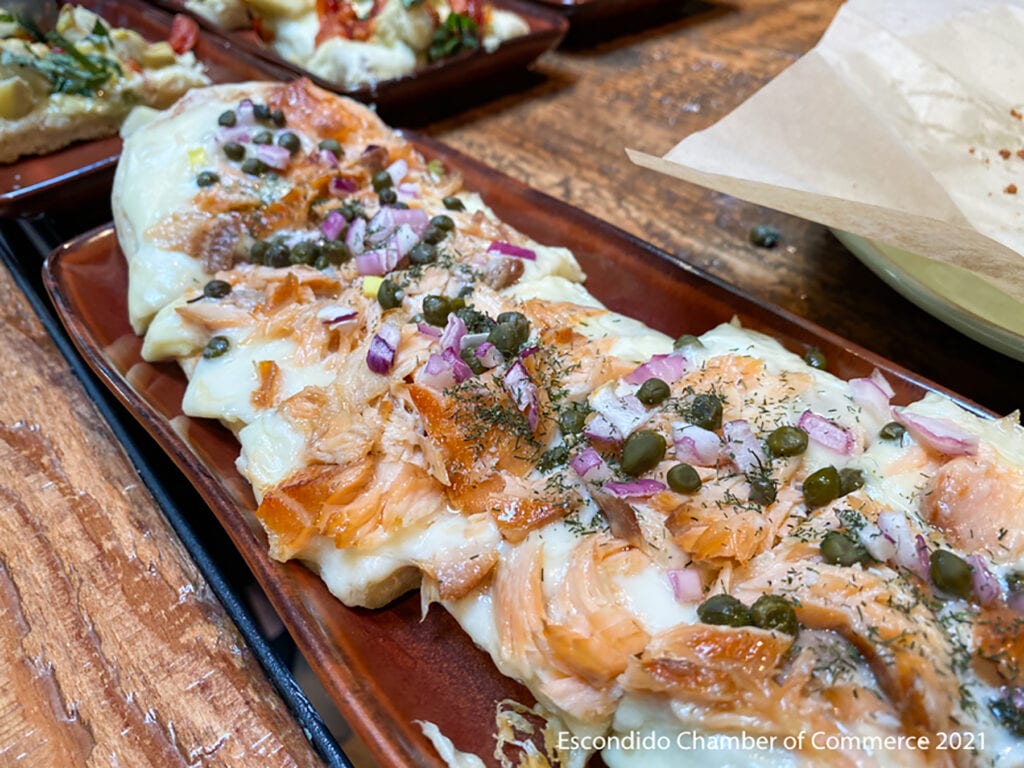 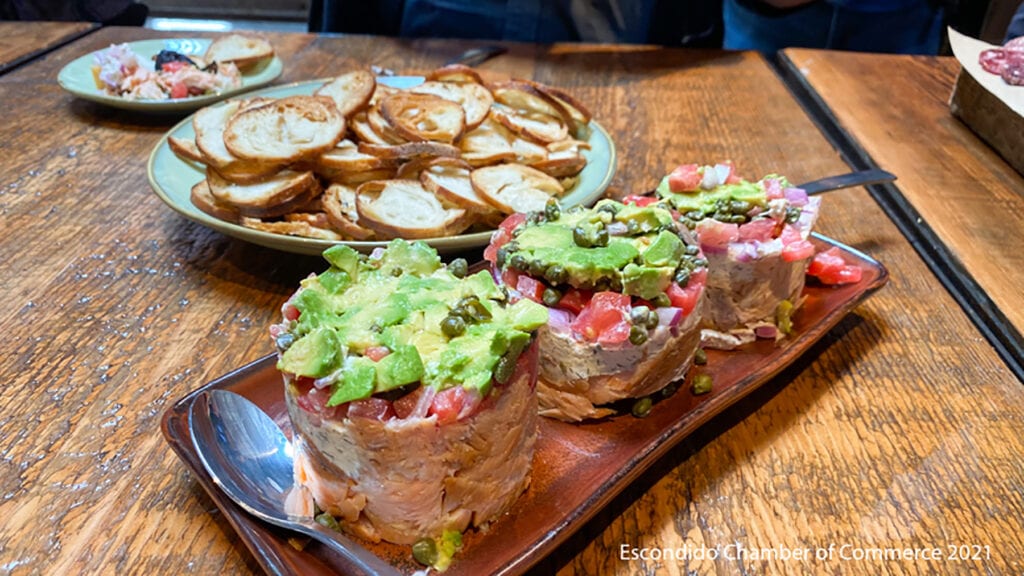 Some of the food that was served to visitors of Barrel Republic on Tuesday. The items in front were delectable seafood towers. Photo by David Zumaya.

One response to “Escondido welcomes Barrel Republic to Grand Avenue”