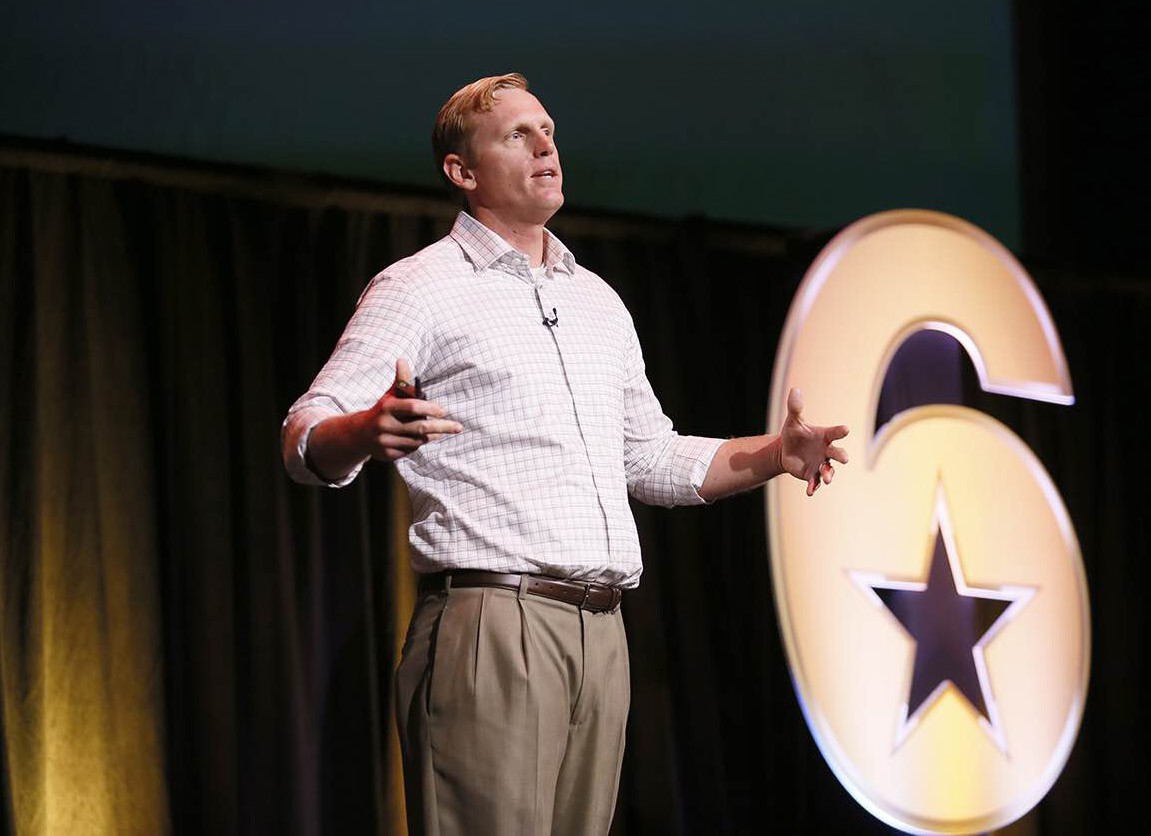 Colin Archipley talks about Archi’s Acres, where he train veterans how to manage ag businesses. Archi’s Acres is a farming enterprise that utilizes hydro-organic technology to grow organic produce. Headquartered in Escondido, it is a certified organic greenhouse operation, which grows living basil, kale, and other herbs and produce.

Some military veterans are entrepreneurs and others are current students, and even singers and songwriters. Some work in the nonprofit sector, others work to ensure fellow veterans can access needed services. Colin Archipley, an Escondido resident, is one of those entrepreneurs. As founder and CEO of Archi’s Acres, he’s working to train veterans on how to manage an agricultural business in their communities.

On November 1, Archipley shared his story at a TED-style “Storytellers” event hosted by veterans empowerment group Got Your Six and The Television Academy, showcasing the inspirational stories of our nation’s veterans at the Los Angeles TV Academy. The event was live-streamed at www.facebook.com/GotYourSix.

Got Your 6 aims to challenge and reverse negative stereotypes about veterans that portray veterans as unemployed, undereducated, homeless and afflicted by mental health issues. The stories presented by Archipley and the others demonstrate a much different narrative. Archipley’s story shows that America’s more than 20 million veterans are deeply engaged pillars of their communities.

Scheduled as a lead up event to Veterans Day (November 11), the Television Academy created the event to increase awareness among content creators of Got Your 6’s campaign to shift the narrative of veterans as “broken heroes” to one focusing on veterans as leaders and civic assets.

Archipley and other veterans talked about their ideas, accomplishments, philosophies, and the many contributions they are making in their communities and workplaces. A study commissioned by Got Your 6 revealed that the general population stereotypes veterans as more likely than civilians to be unemployed, undereducated, homeless, and experience mental health issues. The reality is much more complex and the entertainment industry can play a role in changing the narrative.

“Our veterans have compelling, inspiring narratives to share, and it is imperative that we as an industry celebrate them,” said Television Academy President and COO Maury McIntyre. “We are honored to present these moving and thought-provoking stories to the creative community in Southern California, and to host one of this year’s Got Your 6 events in recognition of Veterans Day.”

“Veterans are as diverse as the country we served, and Storytellers addresses the public’s stereotypes about veterans head-on by showcasing the talents and groundbreaking innovations of those who wore the uniform,” said Bill Rausch, Iraq War veteran and executive director of Got Your 6. “We thank the Television Academy for demonstrating their commitment by allowing veterans themselves to speak directly to the writers, producers, studio executives, and performers who create popular media.”