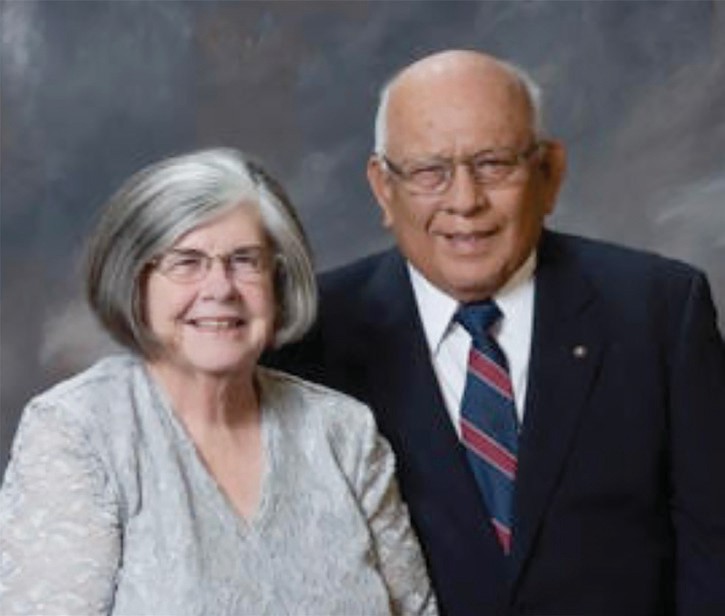 Rincon tribal members Delisle and Lois Calac will be honored as Rotarians of the Year at the 14th annual Escondido Rotary Club’s Coeur De Cuisine 2017 March 5, 5-8 p.m. at California Center for the Arts, Escondido, Conference Center.

The 14th Annual Coeur de Cuisine will be an evening “Gourmet Gala’” featuring cuisine and wine, beer, and spirit pairings from leading restaurants, wineries, breweries, and distilleries throughout North San Diego and the San Diego region.

Up to 40 renowned local chefs will prepare and present their signature dishes along with San Diego Wineries and Selected Purveyors of Spirits and Beer. Up to 500 guests who are Rotarians, business, professional and governmental leaders and friends of our community in fellowship and support of philanthropic objectives and efforts.

Proceeds from the evening will benefit charities supported by the Escondido Rotary Foundation a California 501(c) (3) Non-Profit TIN 33-0063533. Net proceeds of nearly $100,000 will help fund scholarships and local philanthropic programs.

The Calac family has deep roots in Escondido and the area where, they have provided a lifetime of service above self.

Delisle Calac was born May 5, 1928, in Escondido to Saturnino & Edna Calac. His dad was a member of the Rincon Band of Luiseño Indians. His family was well established locally going back many generations. His father met his mother, a Pitt River Indian, at the Sherman Indian School in Riverside. They soon settled in Escondido. It was important to her mother that her children have the same education opportunities available to non-Indians, and not be limited in any way because of their heritage, so they all attended school in Escondido. He started kindergarten at Central Elementary School with some noteworthy classmates, Tigger for one.

He was a pretty good marble shooter in those early years, but playing ball, any kind of ball was his claim to fame. He was a celebrated violinist, but that career soon ended—playing ball was more fun than playing the violin.

At Escondido High School playing ball was his main focus. But don’t worry, he did attend classes, you had to – to be on the team. The Cougars had some pretty good teams in football he blocked for the famous “Chick” Embrey. In basketball his best play was going after a loose ball on the floor. Baseball was his true love. Chick and Delisle both attended Fullerton J.C., following Coach Goddard from Escondido. Both Chick and Delisle both have been elected to the Escondido High School Hall of Fame.

Lois and Delisle have been married 53 years. Their children, Lisa, Greg, Cheryl, David and Susan have blessed them with twelve grandchildren and the fourteenth great-grandchild is on the way.

During WWII, everyone worked. In elementary school Delisle had a paper route, sold magazines, and ice cream at the packing house, picked lemons, did a stint as “volunteer fire chief.” He was the dispatcher (the fire chief was on vacation) and once had to drive the firetruck in response to a mysterious emergency call.

He started plastering as a hod carrier, became a journeyman plasterer and then started his own business. In 1970, he joined Rotary, in 1977, he moved to the Rincon Reservation and Valley Center Rotary, serving as president there for the 1984-85 year. He moved back to Escondido and Escondido Rotary in 1988.

He is a charter member of Emmanuel Faith Community Church. He has have served as Chairman of the Elder Board, and Building Committee, on the Missions Board, also teaching and singing in the choir. He is also a Board Member Emeritus of United Indian Missions International.

He has served the Rincon Band in a number of elected government positions, including tribal chairman. More recently, he was a Gaming Commissioner for the tribe at Harrah’s, working to keep everything and everyone honest. He was also a member of their REDCO Committee, investing in business development on the reservation. He is also a member of the Donations and Contributions Committee, granting funds to various non-profit organizations in our local community.

He said, “Helping those working to make our communities more healthy and livable has been one of my most enjoyable duties on behalf of the tribe.”

Lois and Delisle are also both involved in the Escondido Charitable Foundation.