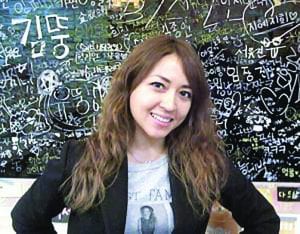 The San Diego Bike Coalition, the only countywide organization advocating for the rights of all people on bikes, last weekend announced Escondido resident as its bicycle advocacy coordinator.

According to the press release: “With a background in urban planning, Trujillo brings an understanding of the importance of bike lanes and a passion for the education and advocacy it takes to make a city bike-friendly.”

“My fiancé and I ride bikes all over San Diego and we’ve seen first-hand how protected bike lanes can make a commute feel safer,” Trujillo told the Times-Advocate. “It’s inspiring to now work for an organization responsible for making our streets safe enough for everyone to bike as a form of everyday transportation.”

Trujillo grew up in Escondido and has worked in city planning for her community since 2014. As the bicycle advocacy coordinator, Trujillo will advocate for increased bikeways and safer bike paths to bring the City of San Diego closer to its mobility goals outlined in the Climate Action Plan. Trujillo will also oversee grassroots outreach to local businesses, neighborhood groups and community members for campaigns to improve bike infrastructure.

For more information on the San Diego Bike Coalition team and its vision for making San Diego a safe and enjoyable bike destination, please visit www.sdbikecoalition.org.