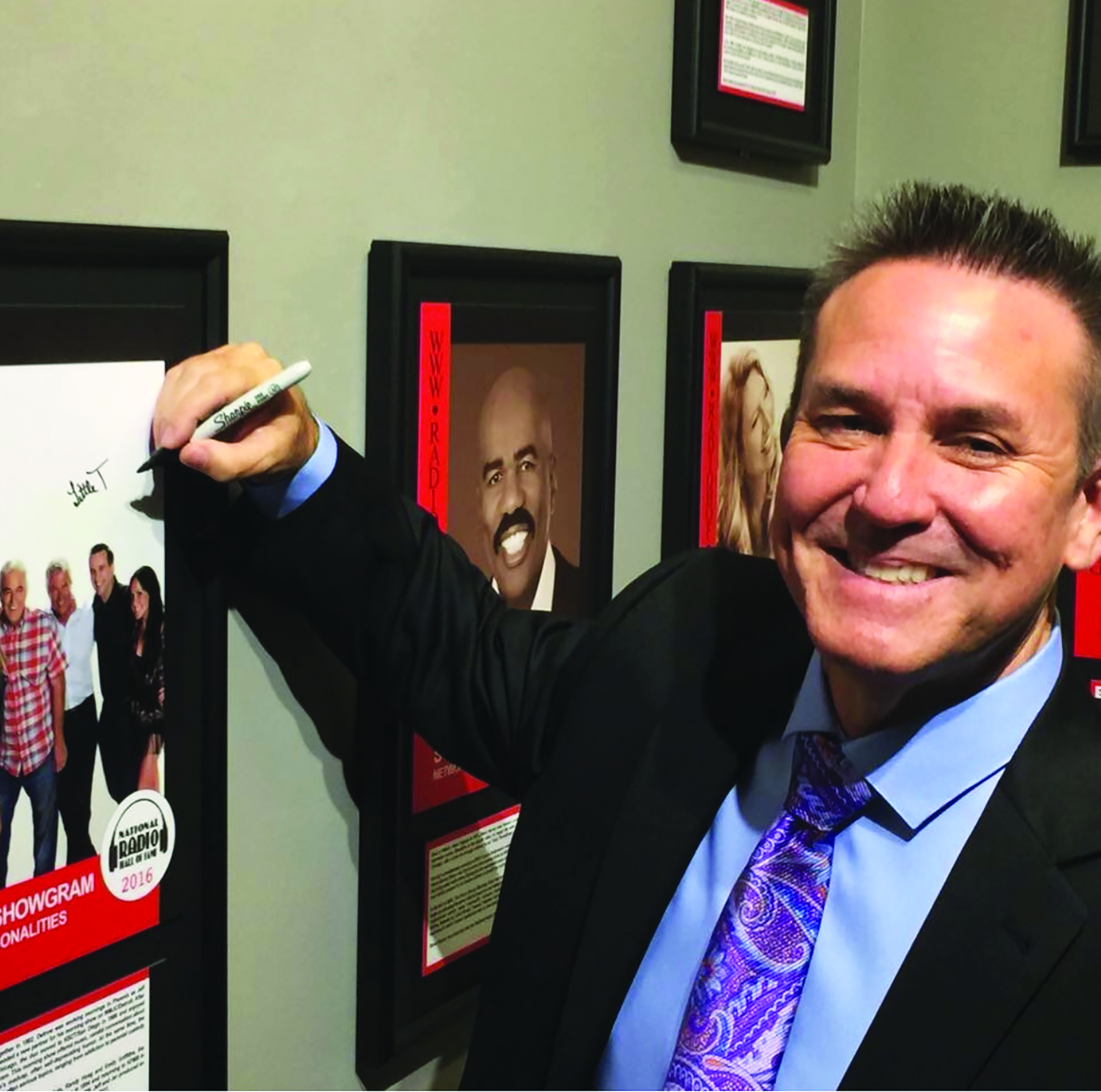 Escondido resident Tommy Sablan aka “Little Tommy,” will be MC for the 6th annual 5K Walk for Sobriety July 8 at Liberty Station.

Escondido resident Tommy Sablan, senior producer for KGB’s Bob and Coe in the Morning show, will serve as emcee for the 6th annual 5K Walk for Sobriety July 8, at NTC Park at Liberty Station.
The Walk is an opportunity to bring help and hope to thousands of individuals and families braving the unforgiving cycle of addiction. All proceeds from the Walk for Sobriety benefit McAlister Institute, one of San Diego’s leading resources for individuals and families impacted by addiction. McAlister Institute helps bring life-saving services in substance abuse treatment, mental health counseling, life skills education, and vocational training to individuals who could not otherwise afford help.
Sablan is known to fans as “Little Tommy.” Sablan’s participation in the Walk is just another instance of his decades of giving back to local communities in countless ways, especially helping children and families in need.
In a recent article about Sablan that appeared in the Union-Tribune he shared that his whole world is centered around giving. He changed his entire life to being part of good things, to inspire, and to help others. From that, his life connected with anything and everything good. He told the U-T: “…When you wake up in the morning and all you have is yourself, you figure out what’s important. And what’s important to me is teaching children and giving back to the community.”
“Little Tommy” a former executive producer on KyXy 96.5’s morning show “Jeff and the Showgram” for 29 years, is the first and only producer in the National Radio Hall of Fame Class of 2016. He currently acts as Senior Producer Bob and Coe on 101.5 KGB, and Weekend Planner at KUSI TV.
During his many years with the “Showgram,” Sablan was instrumental in creating promotions like the 20-year ongoing “Breaking and Entering Christmas” in which Sablan and some of his Chula Vista friends sneak into a needy family’s home and give them the holiday they couldn’t afford to give to themselves. He helps about 40 families a year in San Diego during the holidays. Sablan says the event started with him and today it is happening across the country.
Sablan feels life changed in March of 2010, when he was sitting in the audience of the public memorial service for Chelsea King. Her father said, “Our world needs hope. In order for our world to have HOPE, we need to GIVE. Give your heart, soul, and passion to good things. If you want to remember my daughter Chelsea, then GIVE.”
That moment, Sablan made a promise to Brent King- to give back and to remember his daughter Chelsea. He later met Amber Dubois’s family and has remained a voice for her story as well. Stimulated by the community reaction to the murders of both teenagers, Chelsea King and Amber Dubois, Sablan helped organize a run in Chelsea’s honor and the public memorial service for Amber. With the help of Chelsea’s cross-country coach, Sablan mapped out Chelsea’s actual run and was determined to finish it on her behalf. He wanted 100 people to show up at Lake Hodges to support, but instead he got 3,500. That was the birth of Finish Chelsea’s Run.
Sablan has utilized his media platform in ways most wouldn’t even consider. In 2010, he used his wealth of media contacts to help publicize a Balboa Park rally to protest cuts to public education. Sablan also co-founded the Hopes and Dreams Academy, an outreach program for at-risk teens and young adults. His partner in the program is Clark Bartram, a local fitness trainer he met while setting up chairs for Amber’s service.
He continues to dedicate his free time at speaking engagements in order to empower and inspire those who are in a troubled place. He shares his personal journey at schools, juvenile detention centers, state prisons like Donovan Correctional Facility, and MC’ing about 10-15 events a year, including McAlister Institute’s Walk For Sobriety for the 6th year in a row.
The youngest of five, Sablan was raised in Chula Vista by his widowed mother, Rosa, who supported her children with a series of low-paying jobs. His older brothers Frank and Ray were heroin addicts, and while they eventually kicked their long and destructive habits, Frank and Ray died of liver failure within seven years of each other. Even with his radio career giving him a direction that his brothers never had, Sablan ended up dabbling in cocaine and crystal meth. He attended McAlister Institute and has been clean and sober ever since. This year he will celebrate 11 years of sobriety crediting Jeanne McAlister for his life.