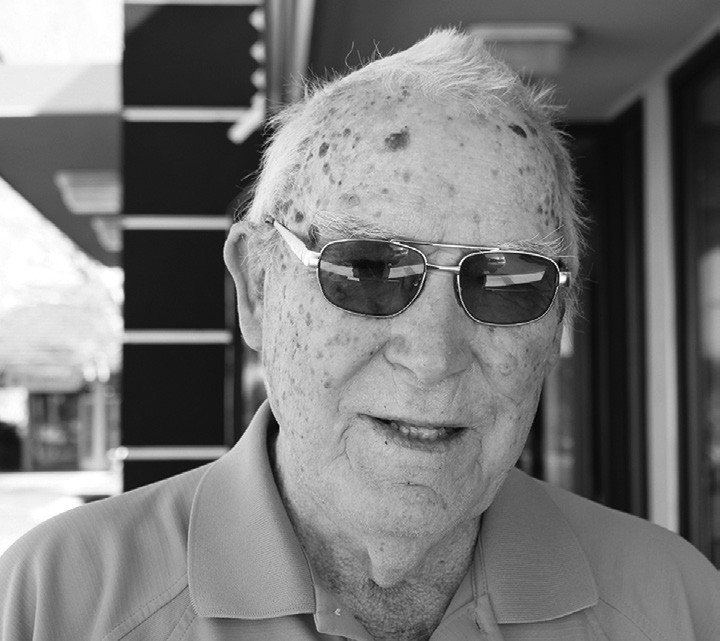 When the decade of the 1950’s emerged those 60-plus years ago, I was a beginning reporter for the then Daily Times-Advocate and Escondido operated under a city administrator- type government. We were still a rela­tively quiet, little sleepy town of few­er than 10,000 population, but only a few years away from about to blos­som. Felony crime was almost non- existent. It was not until the mid fifties that the city council moved to convert to a strong city manager-type system.

Who was who in town? Fred Speers and Bert McClintock were co-owners and co-publishers of the Times-Advo­cate, whose small offices and printing press were in a non-descript building in the 200 block of East Grand Avenue on the south side of the street.

The aging Carl M. Reed was the long-time city administrator. (I’ll bet there are few if any people today who know where or have even heard of Carl M. Reed Bridge. Named for him, it’s the bridge that spans the flood- control channel and is embedded in the roadway of North Broadway in front of the Boys and Girls Club.)

Andy Andreasen, a retired city po­lice chief, was the mayor of the five- mamber council in the days when the mayor was appointed by his fellow council members to serve a one-year term. (The council member, as they are today, were elected to four-year terms, but all ran “at-large.”) The oth­er council members were Lloyd Tur­rentine, who owned an agricultural- supply store in the 100 block of West Washington Avenue; Ben Pfusch, a telephone company employee; Hor­ace Gilvert, who owned a gas station out on what then was West Mission Avenue (Grant) near Rock Springs Road; and Charlie Coombs, a real es­tate agent.

Escondido’s Dean Howell, for whose family Howell Heights is named, was the county supervisor for the sprawling Fifth District, of which Escondido was a part at the time. Ed Bulen, an Escondido dairy operator, was a member of the California State Assembly.

When the City Council converted to a city manager form of government, the first person selected for the new position was a fellow named Garland Gray (no

relation to the elementary school superintendent), who lasted only about six weeks before resigning and admitting that the job was more than he expected. The council turned to the city’s chief of police, Lloyd M. Mitchell, to become city manager and take on the task of forming a system the city had not seen before. It meant creating positions of responsibility heretofore not seen in Escondido.

In retrospect, Lloyd Mitchell was the right man at the right time. He was more than up to the task. He brought in a experienced firefighter from Riv­erside County named Ward Ensley to create a full-time fire department. He hired two young and energetic go-get­ters __ Chuck Larrick and Bob Nash __ to head engineering an dfinance departments respectively. He pro­moted Sgt. Les Lund to police chief. He hired a retired local deputy sheriff, B.A. “Jack” Powell as recreation di­rector. That was the core of his new city management team.

Russ Taliaferro was the part-time city attorney. It was Larrick who was the primary “architect” of the city’s flood-control channel. Powell started the first

Little League program in town. In the police department, Dick Schleigh was promoted to captain. Among the first full-time firefighters were Louis Whyte (who later succeeded Ward En­sley as chief), Jim Galt, Jim Thomp­son, Ardis Wade and Clark Jamison. Dorothy Dye was secretary at City Hall and clerk to the Planning Com­mission.

In retrospect, I also felt the same about Bud Quade. He was the right man at the right time for the job of Escondido Union High School Dis­trict superintendent. He had been an Esocndido High School classroom instructor who was well-regarded by his colleagues. He guided the district through the negotiations of three areas breaking off to form their own unified school districts; and guided a growing district through the construction of two more traditional high schools.

When I think about it all these years later, I realize that Lloyd Mitchell set the example for future city managers. He surrounded himself with qualified people and then delegated authority — as any good manager does. He led the city through its first burst of an­nexations, population increases and construction projects. He was Mr. City Hall.

Things we may not know about people, but find them to be fascinat­ing: Bill Montgomery, who was an Escondido elementary school district trustee in the fifties, was a survivor of a Japanese prisoner of war camp dur­ing World War II. Jack Port, owner of Port’s Men’s Store downtown and who had served a term on the San Di­ego County Board of Education, was a survivor of the 1944 D-Day invasion of Europe.