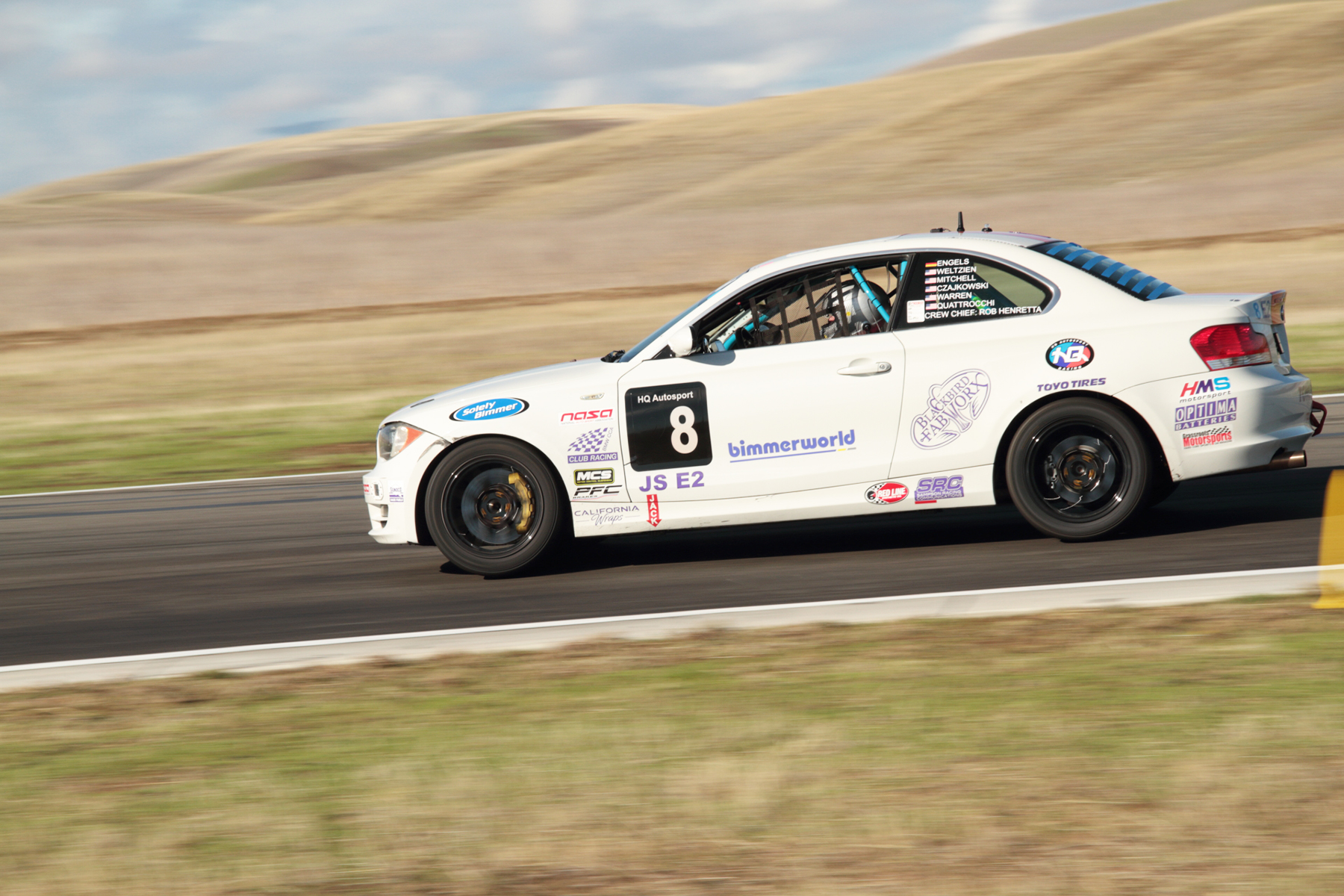 The 25-hours of Thunderhill endurance race is one of the most grueling auto challenges in the world.

The endurance race at Thunderhill Raceway Park had nearly 50 amateur and professional race teams from throughout the United States competing. The race started on December 1 at 11 a.m. Saturday and ran continuously until noon on Dec. 2.

“One of the challenges was not so much the car part, but building the team, and Rob (Henretta) and I managed to not only put together a great race package with an amazing car, but we were able to put together a team of great, seasoned racers, some new to the WERC series and new to the 25 Hours of Thunderhill, but have a lot of club racing experience,” said team co-owner Paul Quattrocchi.

The endurance race is a grueling mental and physical test for drivers and crews. This year marked the 16th running of the 25 Hours of Thunderhill, which is one of the longest endurance races in the world. During the nighttime, drivers had just the vehicle’s headlights while racing at speeds over 100 mph on the dark track. Crews were bundled up as temperatures dipped into the high 30s on Sunday morning.

“Competing in the 25 Hours of Thunderhill is incredibly challenging and finishing the race—let alone winning—is a great accomplishment,” said NASA Vice President Jeremy Croiset. “We offer our congratulations to all of the winning teams for surviving the longest closed-course endurance race in the country.”

This year’s 2018 NASA 25 Hours of Thunderhill was presented by Hawk Performance.

Hawk Performance is a leading supplier of severe duty and high-performance friction products manufactured in ISO-certified facilities for the motorsports and performance automotive aftermarket.

The National Auto Sport Association (NASA) was formed in 1991 with the premise of delivering high-quality motorsports events to enthusiasts at major racing venues throughout the nation. NASA has created programs that allow owners of both racecars and high-performance street-driven vehicles to enjoy the full performance capabilities of their cars in a controlled professionally managed environment. NASA offers many different programs that will allow you to enjoy motorsports on a number of different levels, including our High Performance Driving Events (HPDE), Rally Sport, Time Trial, NASA-X and Competition Racing programs.