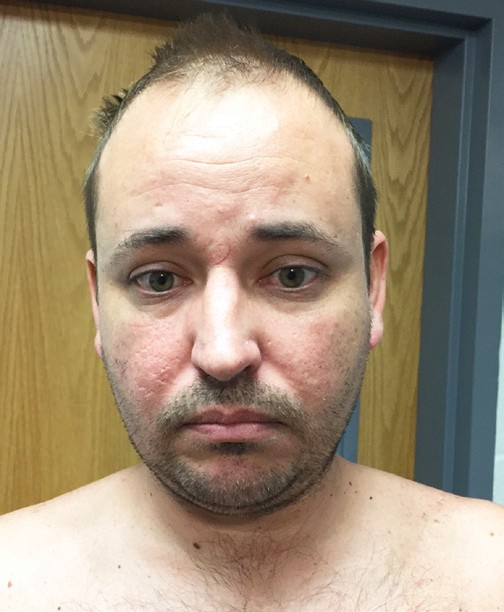 A suspect in the homi­cide of a woman found on the on-ramp of a freeway in Escondido has been arrested in Las Vegas.

Representatives of the Escondido Police Department Tuesday af­ternoon gave the media an update on the murder case of Elizabeth An­tonette Perez, 38, who was shot on June 13 in her car and discovered about 1:10 p.m. on the on-ramp to northbound I-15 from El Norte Pkwy

Giving the briefing were Lt. Ed Varso and Lt. Jus­tin Murphy of the Escondido Police Department.

What began as a suspicious death case was later determined to be a homicide. Evidence indicates that the victim, Elizabeth Antoinette Perez (a 38 year old resident of Fontana) was shot to death.

Varso and Murphy revealed that the Escondido PD sent detectives to Las Vegas to assist Las Vegas au­thorities and do the groundwork. The detectives are still in Las Vegas.

Lt. Murphy revealed that Long has a prior criminal record although they didn’t go into details.

Long was found in a car with a com­panion. Police wouldn’t say whether the person was a man or a woman. That companion, a resident of Las Ve­gas, has been not connected with the case and will not be prosecuted or ar­rested.

Long has been charged with first- degree premeditated murder. He faces 25 years to life. He has waived his ex­tradition rights. He is expected back in San Diego county in a matter of days.

The Times-Advocate asked Lt. Mur­phy where Long would be sent to. He said he would probably be sent to Vista jail and prosecuted in North County.

The family of the deceased was at the press conference. There were six adults, ranging in age from 20s to 50s. They declined to speak to the media.

One reporter asked repeated how many times the victim was shot. He limited himself to saying that Perez was shot in the head, and that the shat­tered glass indicated she was shot through the window. He cited the on­going investigation as the reason for not elaborating.

On Monday, June 13, at about 1:10 p.m. California Highway Patrol, Es­condido Police, and Escondido Fire personnel responded to a report of an unresponsive woman in a vehicle on the on-ramp to northbound I-15 from El Norte Pkwy.

Escondido Fire Department person­nel arrived and determined that the woman was deceased. The deceased had a head injury and was seated in the driver seat of the vehicle. The front driver and passenger side windows of the black Mercury Sable were shat­tered.

As the investigation continued, in­formation was obtained indicating that Perez’s boyfriend, Edward Andrew Long (a 38 year old resident of San Marcos), was a person of interest in the homicide.

EPD detectives served a search war­rant at Long’s residence in San Marcos where several items were seized. Var­so said that the evidence found inside Long’s residence was “vital” to them making Long a person of interest. This caused them to put out the crime bul­letin that was shared with other law enforcement agencies.

Additionally, Long’s identifying in­formation and vehicles associated with him were entered into law enforce­ment databases. On Tuesday June 21, a Las Vegas Metropolitan Police Of­ficer conducted a traffic enforcement stop on a vehicle occupied by Edward Long.

Edward Long has been arrested in Las Vegas on murder charges in con­nection with the death of Elizabeth Perez. Long is currently in a jail in Las Vegas, NV.

Even though an arrest has been made, there is still a significant amount of work that needs to be completed. Specific details about this investiga­tion, including; evidence seized, the existence of any statements, and pos­sible motives will not be released at this time by the authorities.

During the press conference Varso thanked the San Diego County District Attorney’s Office, California Highway Patrol, and Las Vegas Metropolitan Police Department for the critical role they played in bringing an arrest in this case.