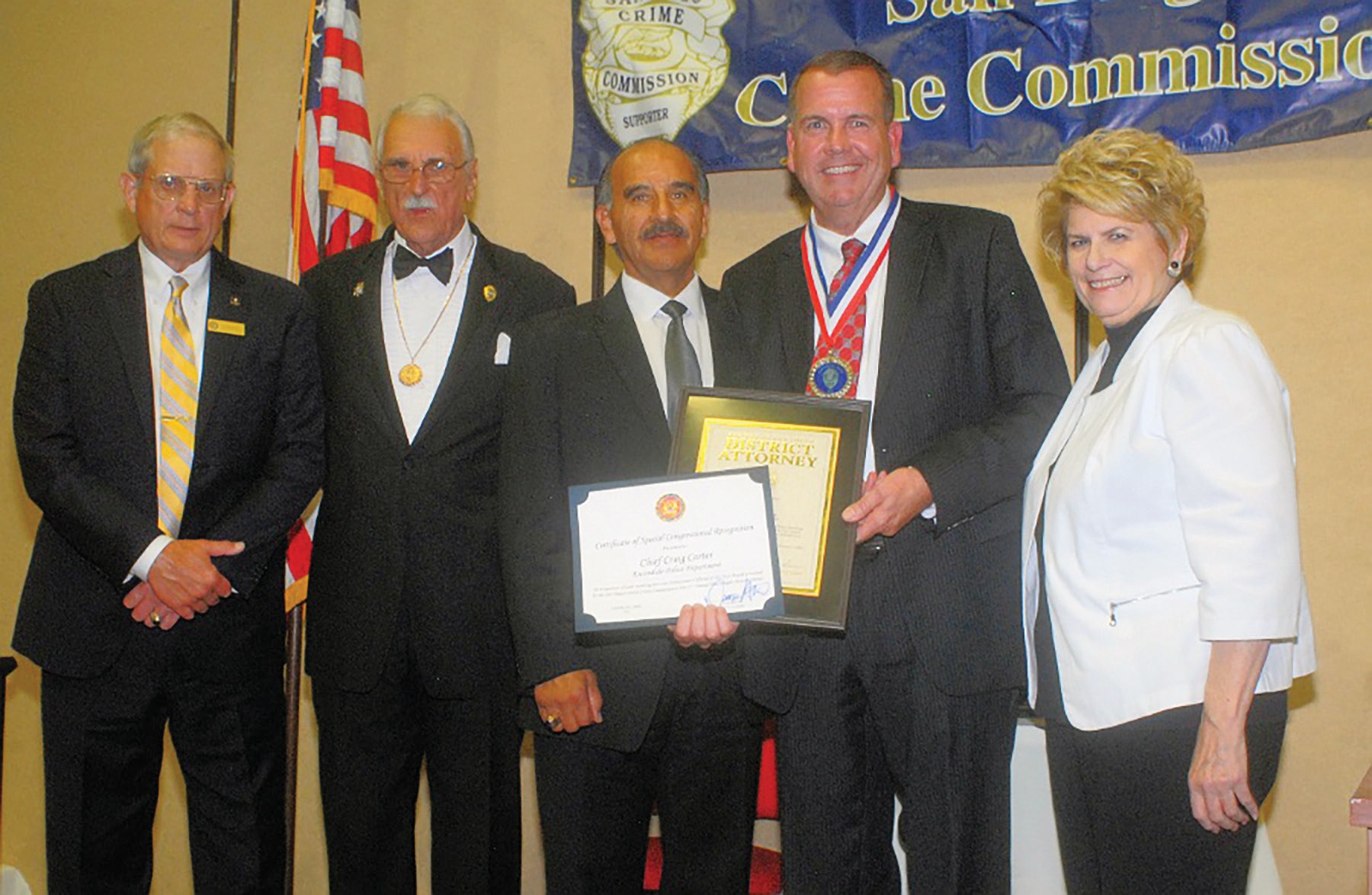 Escondido Police Chief Craig Carter has been named “Law Enforcement Official of the Year” by the San Diego Crime Commission. The award was presented on October 14, at the Commission’s 31st annual Blue Knight Award ceremony.

Chief Carter was recognized for his commitment to making San Diego County a model example for the country. Chief Carter has served as the President of the San Diego County Police Chiefs’ and Sheriff Association for the past two years. Chief Carter also received a Certificate of Special Congressional Recognition from Congressman Duncan Hunter, as well as a proclamation from Assembly Member Marie Waldron and a certificate of recognition from District Attorney Bonnie Dumanis.

Chief Carter was honored to receive the award and credited all of the county’s law enforcement officials for their outstanding leadership and for keeping San Diego County on the cutting edge of innovative policing.