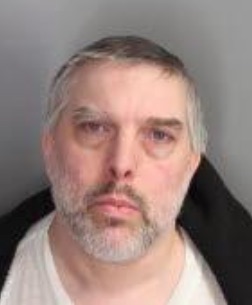 The 16 year old victim in this case believed that she was communicating online with a 17 year old male.  What the victim did not know was that the “17 year old” that she was communicating with was actually a 46 year old registered sex offender on active GPS monitored parole, Rennard Cawkwell.  During the time that Cawkwell was posing as a 17 year old he engaged the victim in sexually explicit conversations.  Cawkwell was released from parole in late March, 2016 and his GPS monitor removed.  The very next day after being released from parole, Cawkwell arrived at the victim’s residence.  Fortunately, family members of the victim and an alert neighbor prevented his efforts to further victimize the female.  The incidents were reported to the Escondido Police Department.  Escondido Police Detective Jeff Udvarhelyi began an investigation into the events.  Detective Udvarhelyi is part of the Internet Crimes Against Children Taskforce (ICAC), which specifically work to arrest those who use the internet to prey upon children.

Recognizing that Cawkwell was aggressively seeking underage girls, Detective Udvarhelyi devoted countless hours to quickly, and thoroughly, completing a highly complex investigation.  Detective Udvarhelyi’s tenacity paid off late yesterday evening when a search warrant was served on Cawkwell’s Oceanside home and Cawkwell was taken into custody.  Cawkwell was charged per P.C. 288.4(a)-Meet with a minor for sex, P.C. 288.2 (c) (1)-Send harmful manner to a minor, P.C. 288.3- Online sexual enticement of a minor, P.C. 5467.6(c)(1)- Annoy/Molest minor with a prior offense, and P.C. 311.11-Posess child pornography.

Rennard Cawkwell’s aggressive behavior and status as a registered sex offender demonstrate that he posed an immediate threat to young girls.  Fortunately, Detective Udvarhelyi has the expertise and professional relationships through the ICAC Taskforce to prevent predators like Cawkwell from using the internet to prey upon minors.

Escondido Police Chief Craig Carter said, “I am proud of the work that was put into this particular case.  This case highlights the dedication that members of the Escondido Police Department have in protecting the community.  It also highlights the dangers that lurk on the internet.  We urge parents to have conversations with their children and teens on the dangers of online communications.  Sadly, Rennard Cawkwell is not the only person posing as something that he is not for the purposes of targeting children.”