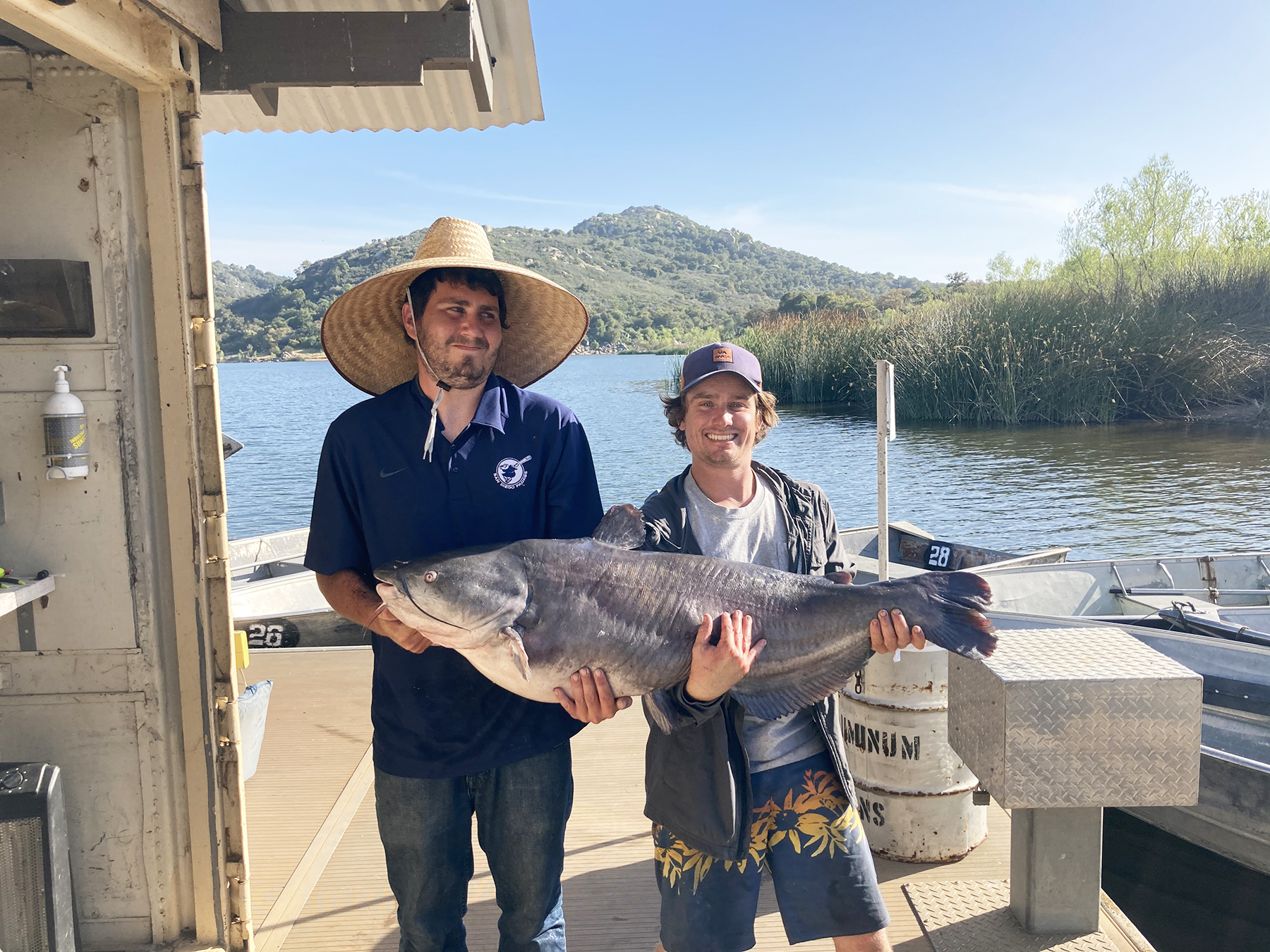 Elliot Berquist with his 62.70 pound catfish.

Lake Wohlford has a new record catfish. The top spot now belongs to Elliot Berquist of Escondido and his 62.70 pound Blue Catfish caught in Willow Cove on mackerel Friday, April 9 in the afternoon.

According to Ranger George Scalo on Saturday, “Berquist is an avid catfish angler at the lake and he and his fishing buddies have been pursuing the record for a few years and with an increased fervor in the last few weeks. Their efforts resulting in several sizeable catches culminating in yesterday’s record fish.”

Scalo added, “Berquist’s catch begs the question: just how big might the largest catfish in the lake be? Both Lower Otay and San Vicente have record catfish in the triple digits, but both of those lakes are considerably bigger. The last few years have shown that Wohlford has a healthy population of blues that continue to grow in size. Could Wohlford’s murky waters be concealing a 100 pound catfish? Only time will tell, but two things are certain,  it seems a good deal more plausible than it did last week, and Berquist and his crew of catfish hunters stand a better than average chance of being the ones to do it.”

Permits and boat rentals are sold at the Ranger Station. Currently transactions are credit/debit only—no cash. Rangers do not sell fishing licenses so anglers must acquire them elsewhere prior to their visit.  Facial coverings are required when purchasing a fishing permit or when entering or exiting the boats or boat dock area. The lake is offering $20 all day motor boats to seniors on Tuesdays and Thursdays and to active military every Saturday.

To protect Wohlford from invasive exotic Quagga mussels there is a ban on private watercraft and equipment that could have been exposed to mussels. Restricted equipment includes; private boats, canoes, kayaks, float tubes, trolling motors, fish finders, anchors, and other equipment that contacts the water.

Each month Whopper Contest winners in four categories are awarded a free fishing and boating permit. For information on the contest or fishing conditions, contact the Ranger Station at (760) 839-4346.