Escondido man wants to take his fire, medical expertise to Sacramento as senator 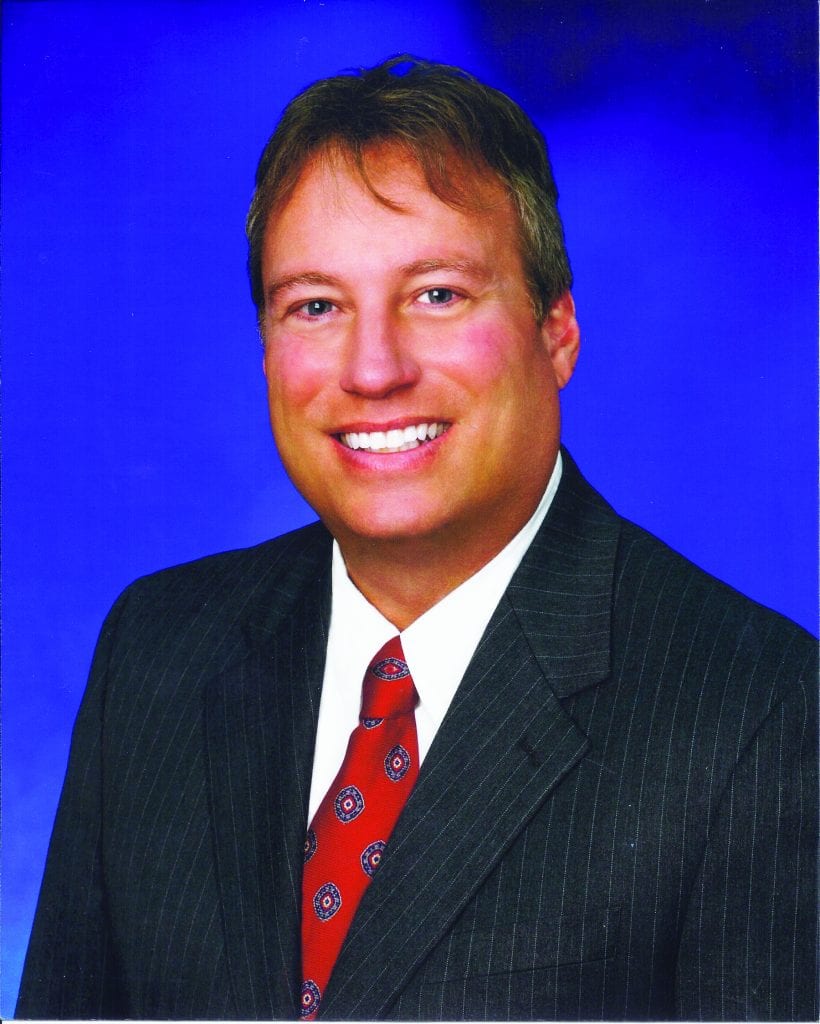 Escondido resident Jeff Griffith is running for the open 38th District senate seat vacated by Joel Anderson, who is being term-limited. Griffith is a 30-year veteran of Cal Fire who has reached the rank of captain, and a board member of the Palomar Health since 2012. He is a second-generation Cal Fire officer whose father drove a fire dozer.
“It was a perfect storm,” Griffith says of his decision to run for the seat. “Everything lined up. We have the incumbent termed out and I was approached by people I respect who asked me to run. I got a late start. I’m not a career politician. I wasn’t looking for the next step up the political ladder. I’m just a regular guy who thinks he can do some good.”
When you are younger, he says, you ask who you can talk to, to fix things. “When you are older you say, ‘I can do that.’ ”
To Griffith it seems as though he has been following the same path his father did for some time now. Half of his family went into law enforcement; the other half went into the fire services. “I went into fire,” he says. Since most of those in law enforcement are of a conservative leaning, “I always have interesting conversations with my family,” he says.
He has been living in Escondido since 1995 and bought a house in 2001. He is trained to fight fires and as a paramedic. He leads a firefighting team.
He is liberal philosophically and everything he has done in his career has aimed him towards what he wants to accomplish as an elected official. His expertise in the medical field led him to run successfully for the Palomar Health board, which oversees the largest health care district in California, Now he is aiming for a higher position so that he can do some good.
His issues are as follows:
1) Encouraging apprenticeships and job creation that provide middle class incomes;
2) Ensuring greater fire protection through workable public-private partnerships that address the issues of drought, a lengthening fire season, and increasing fuel density;
3) Focusing on quality, affordable health care for everyone.
4) Increasing access to behavioral health services while dealing more effectively with the opioid crisis;
5) Finding innovative ways to reverse the student debt crisis; and
6) Mitigating traffic congestion, especially as it affects emergency routes and the important urban-wildlife interface.

“I believe in climate change,” he says. “I have seen the fires get larger and more explosive.” He has also seen the fire services become more efficient at fighting them. But, he says, the problem is that you have large areas of dry fuel that are almost impossible to control in the first stages of a wildfire.
Cal Fire wants to clear 500,000 acres of fuel a year but only does 40,000 acres. “I want to clear 500,000 a year and that is going to take more resources. Otherwise we are going to have more explosive fires.
“Napa went up in December and the fact I was on duty for twenty days straight is insane. I have never seen that before.” Forty-four people died in the Napa Fire, he says, including Corey Iverson a Cal Fire veteran who lived in Escondido. “He left behind a pregnant wife and a toddler.”
Which brings up another issue close to his heart: the treatment of PTSD (post-traumatic stress syndrome) among firefighters. The suicide rates of Cal Fire “are starting to approach the military,” he says. Unfortunately, one reason for that, he believes, is the stigma of PTSD among firefighters. “We see things that we can’t unsee and it affects us.” Just recently a fire captain jumped off of a 400 ft. bridge near El Cajon, and he was by no means the first.
Palomar Hospital is building a stand-along facility for dealing with PTSD. Griffith has been talking with the Health system’s CEO about partnering with the California Professional Firefighters (CPF) to develop a center in San Diego that would treat firefighters.
“It’s one way to break the stigma by going for treatment, but do you want to go all the way to Maryland to get it?” says Griffith. “I want it make it easier for these men and women to seek help here in California.”
Next on his list of things he wants to accomplish is to deal effectively with the opioid epidemic. As a paramedic he has personally seen the effects of opioid addiction, and how much more severe it is than other addictions, even heroin.
Firefighters are often not trained in dealing with the effects of drugs such as fentanyl, which, he says, “is super addictive.” It’s also much harder to rehabilitate a fentanyl addict. “These drugs need to have a handle on them,” he says. “I want to increase access to treatment, education, prevention and regulation.”
Most people obtain drugs like fentanyl through prescriptions from doctors who prescribe it for severe pain. “They get addicted and then get cut off of it and go on to heroin,” he says. He has seen how powerful this addiction is. “I’m used to the old school heroin but when kids taking fentanyl overdose they become extremely combative when they are brought down.”
He is now more cautious in the field when he encounters such cases.
Griffith is in favor of single payer health care. “I’m always looking for cutting the costs. We have a lower life expectancy than other advanced nations as much as we pay for health care,” he says.
If he is elected to the Senate he will lobby for being put on committees that will utilize his expertise. “I don’t know about dams, bridges or transportation systems. But I know safety and health care. No one is going to be an expert at everything.”
Although he didn’t retire from firefighting when he was elected to the Hospital board, he would do so if elected to the Senate. This creates mixed feelings. “I’m scared to win because I would have to retire but I so want to win because there is so much to do,” he says. “I believe in civic involvement and doing what you can for the community. I always want to do more.”
Having said that, Griffith has no interest in becoming a career politician and serving term after term. He has a few goals he wants to achieve. “This is my chance to do something and then I’m out!”
Jeff Griffith is a classic car aficionado and you will frequently see him at Cruisin’ Grand with his sunshine yellow ’66 Mustang Convertible. He will be driving this car in Valley Center’s upcoming Western Days parade.
Find out more about Jeff Griffith at griffithforsenate.com.