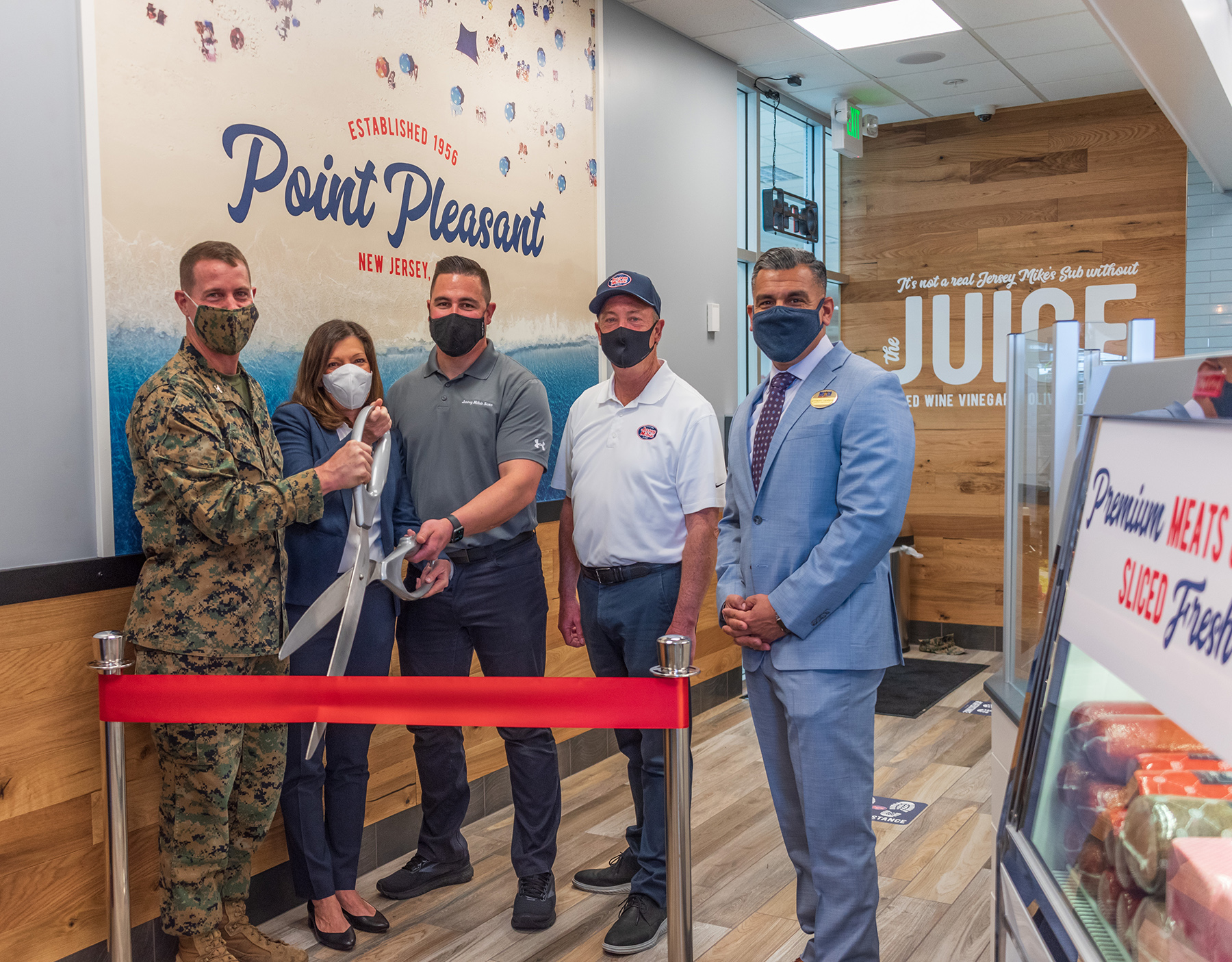 Rasmussen is the operating partner of the store along with franchise owners/area directors Cathy and Mike Brown who own nine locations and are area directors in San Diego County, covering 51 stores.

Taylor, 31, who is an active duty service member, has had quite a journey. He started working “behind the counter” at Jersey Mike’s at age 19. He moved up from there to manager and then was promoted to supervisor of multiple stores. Now he is an owner and hopes other stores will follow.