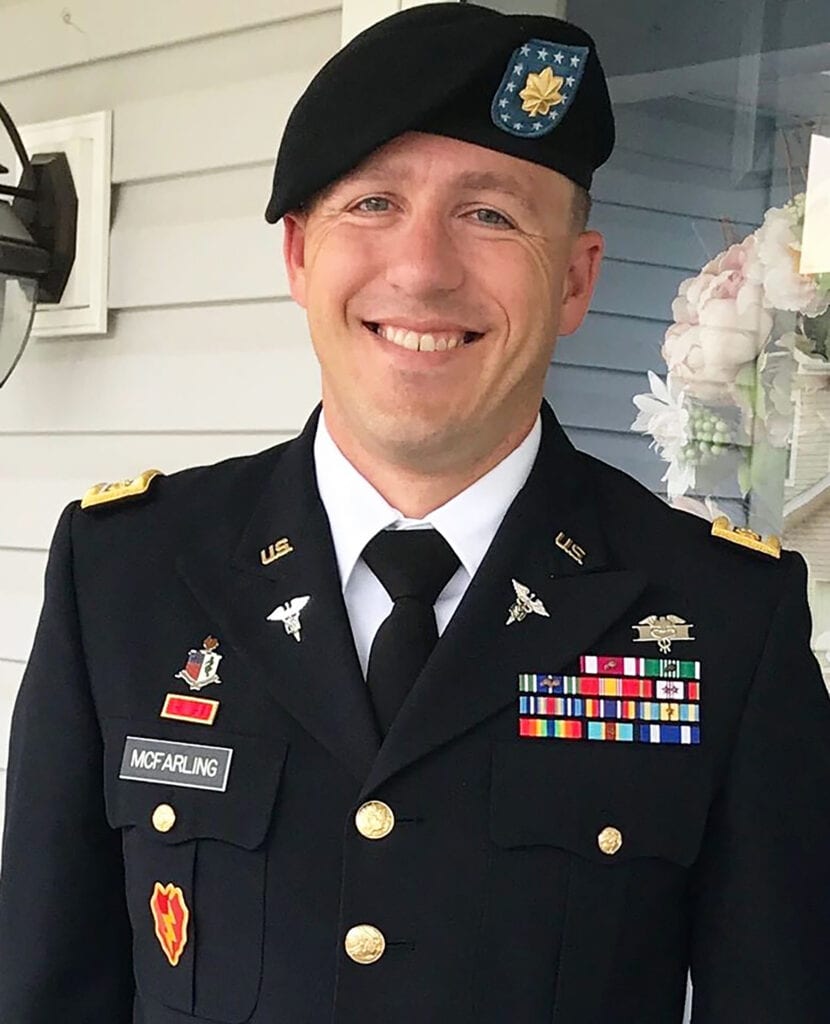 Sean McFarling is a 2004 Graduate of San Pasqual High School.  He joined the Army as a 2nd LT after graduating from Embry-Riddle Aeronautical University in Prescott, Arizona in 2008.  On June 12, 2020 he graduated from The Command and General Staff College at Ft. Leavenworth KS (the Army equivalent of Graduate School).

He also competed and won the following award: After more than 60 Command and General Staff Officer course students took part in the Master Logistician competition in January, Maj. Sean McFarling was the recipient of the Major General James M. Wright Distinguished Master Logistician Award for the CGSOC class of 2020.