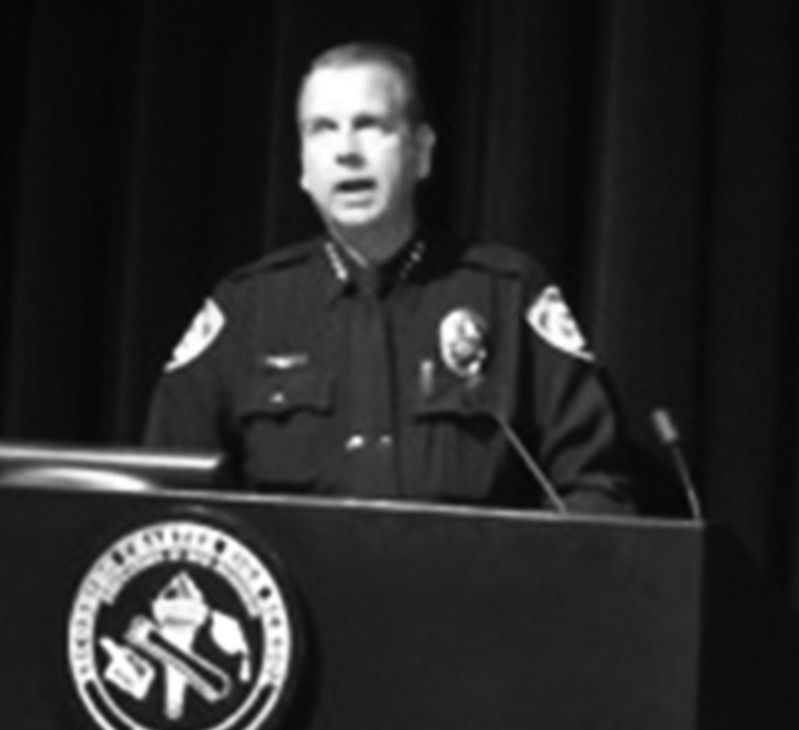 Thursday night March 3 citizens and city officials at the Escondido Charter High School Theater awarded many officers from the year 2015 for their work and commitment to the Escon­dido Police Department.

Master of Ceremonies Police Chief Craig Carter told the Times-Advocate that officers who don’t commit one hundred percent to the community don’t belong in the department.

He added that only 3% of cadets graduate from the police academy. He also mentioned that for every five offi­cers who retire every year another five will sign up to join the force.

Cadet of the Year Kendall Nou­zovsky told me that it was a ride along that convinced her to join the force. Nouzovsky said the first year of the academy in February of 2012 “scared the hell” out of her, but since then she has excelled in the department. She hopes one day to become a patrol of­ficer.

Officer Lee Stewart was motivated to join the force in Jan 2010 at the age of 22 because of his father’s dedica­tion in working as a San Diego Sher­iff’s deputy. He said since he was a teen he wanted to be in law enforce­ment.

His role in the department in­cludes being in charge of the Business Complains Division and a member of the Hostage/Negotiations unit. While keeping an open mind on where he wants to eventually be in the depart­ment, Stewart says he wants to train in the Investigations and Canine Units.

Among the other departments men­tioned during the ceremony was the Communications Center, which con­tains Escondido’s 911 Dispatch Cen­ter, which was recognized for over 200,000 calls last year alone. Volun­teer Police Officer of the Year Lance Titus also won an award for his 3 and half years of service. As well as citi­zen Sean Caole for assisting police last year saving the life of a young girl. For the full list of awards visit: www.times-advocate.com/