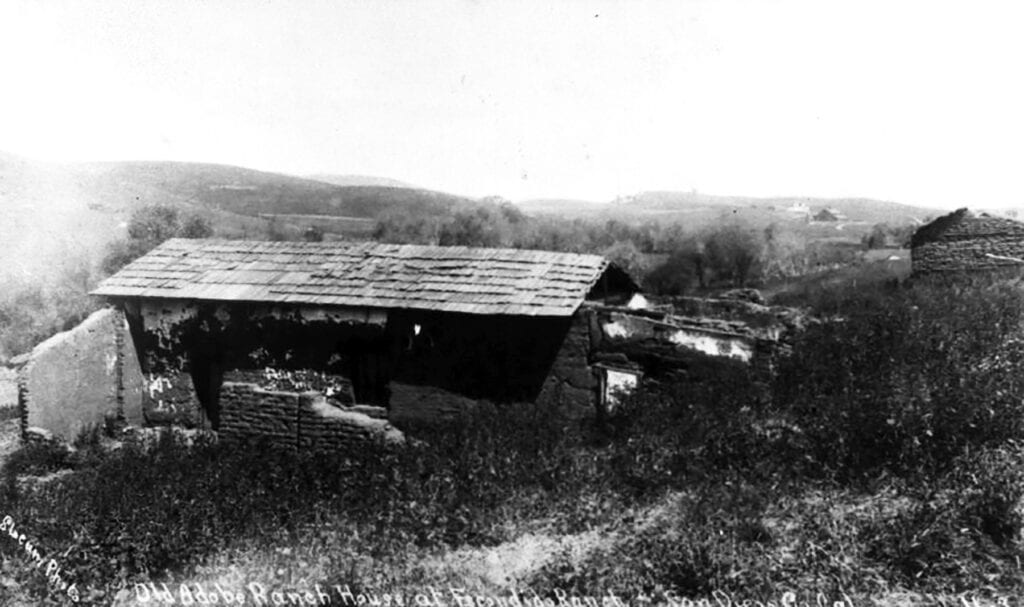 The pictures are the remains of the Alvarado adobe. The picture with the tree was taken about 1900 and the one showing the roof was taken in 1892.

The Escondido History Center is in the second year of the Escondido Legends honorariums.  The 2019 awards program, which culminated with an October ceremony, honored nine outstanding seniors from high schools in Escondido at the Santa Fe Train Depot in Grape Day Park.

The City of Escondido’s location is largely due to the acquisition of a tract of land which was originally owned by Mexico.  In 1843 Juan Bautista Alvarado received the approximate 12,635.77 acres of land known as Rancho Rincon del Diablo (“corner of the devil”) from Manuel Micheltorena, then governor of the Department of Alta and Baja California.

Prior to his acquisition of Rancho Rincon del Diablo, Juan Bautista Alvarado was prominent in both Los Angeles and San Diego politics, serving as a councilman and a member of the state assembly.

Señor and Señora Alvarado built a spacious adobe house near the southeast corner of the Rancho Rincon del Diablo property. The Alvarado house was located near the intersection of present-day Bear Valley Parkway and Hwy 78. It was reportedly 55 by 60 feet long, partitioned into five or six rooms. There was also a patio and two small outbuildings, and the windows were made of glass—which was very unusual for that day.

A little stream ran nearby and in wet seasons it contained a considerable amount of water. Alvarado raised cattle and transported the hides to San Diego trading vessels when they were in port. The house has long since melted back into the earth from which its adobe bricks were constructed.

The Alvarados were the parents of six children who married and remained in the area. One of their daughters married Captain Joseph Snook, grantee of El Rancho San Bernardo, which adjoined the Alvarado ranch.

Señor Alvarado died on his ranch sometime prior to the time the Americans began to rule in 1848. By his will, the ranch was given to his children. 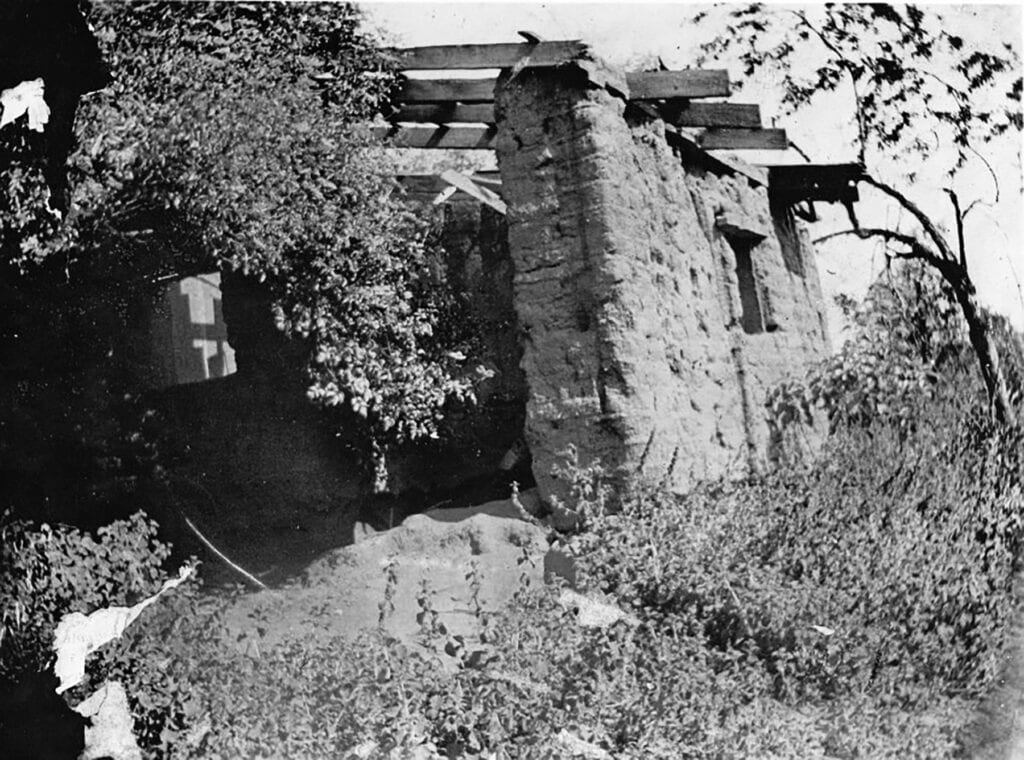 In 1855, Oliver S. Witherby, who came to San Diego in 1849 with the Mexican Boundary Commission, began buying Rancho Rincon del Diablo from the heirs of Juan Bautista Alvarado. It took him until 1862 to get them all to sign. Mr. Witherby is reputed to have lived in the old adobe at least part of the time, and he used the land for grazing sheep and cattle. In 1868 he sold the ranch to the three Wolfskill brothers, John, Josiah, and Matthew and a fourth man, Edward McGeary for $8,000.

In October 1883 a group of Los Angeles and San Diego investors bought the grant from the Wolfskills for $128,138.70, quite a profit from the purchase price of $8,000 twenty years earlier. In 1884 these same investors transferred the Rancho to a so called Escondido Company for $64,069.33. This is the first time the name Escondido appears in documents.  Just two years later this company in turn deeded the grant to the Escondido Land and Town Company which had been incorporated the preceding December 15, 1885.

Today the City of Escondido encompasses the former Rincon del Diablo land which was granted to Juan Bautista Alvarado so many years ago. The Escondido History Center honors him as being a Founding Legend.