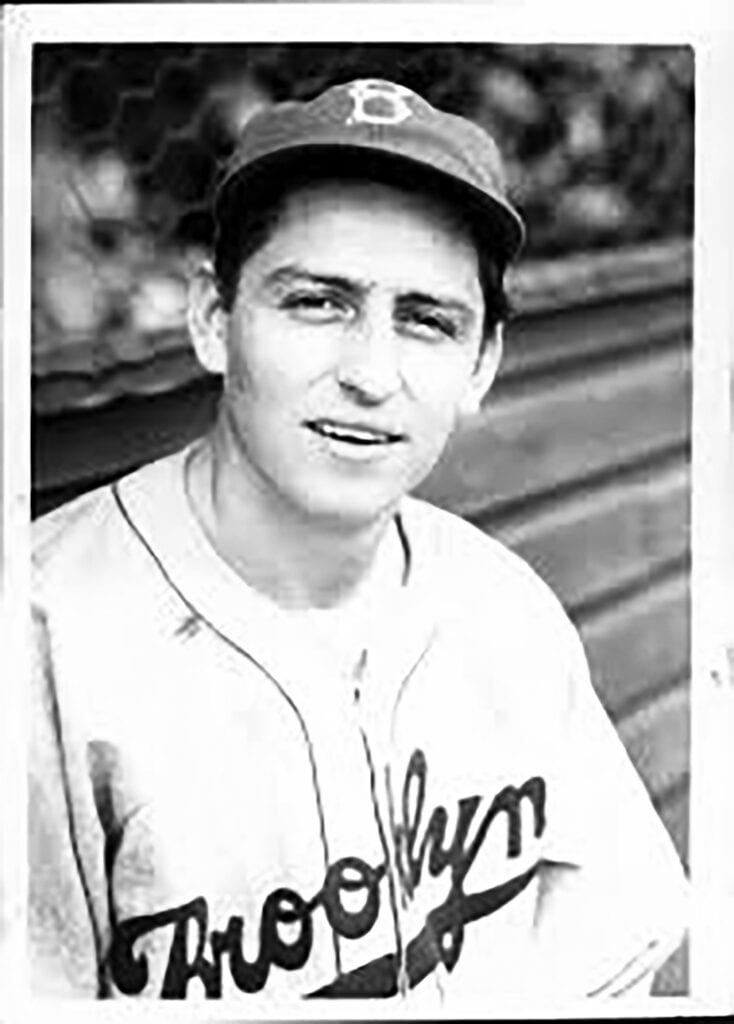 The Escondido History Center has named Pete Coscarart as an Escondido Forever Legend.

Pete Coscarart was born in 1923 and raised in Escondido. The “Bounding Basque,” as he was later nicknamed, was a multi-talented student at Escondido High School, a short-term baseball star at Washington State University, an All-Star selection in professional baseball and an advocate for baseball players’ benefits.

Coscarart was educated in Escondido schools and enjoyed many activities at Escondido High School, graduating in 1931. He played baseball, was on the track team, played football and was selected football captain his senior year. Beyond sports, Coscarart was in the Letterman’s Club, Hi-Y, Glee Club, Chorus for “Up in the Air’’, and a Boy’s League officer.

As a three-sport high school athlete, Coscarart received an athletic scholarship to Washington State University. He left the university early to join the Portland Beavers of baseball’s Pacific Coast League, and then joined the Brooklyn Dodgers in 1938.

Struggling initially, Coscarart was sent to the Nashville minor league team where he excelled. Pete was invited back to spring training in 1939 and worked his way back into the starting lineup. As part of the double-play combination of shortstops with Leo Durocher and later Pee Wee Reese, he was selected to the 1940 All-Star team. In 1941 Coscarart played in the Dodger-Yankee infamous fourth game of the World Series that sealed a win for the Yankees with a passed ball error by the Brooklyn catcher.

Coscarart was a leader in a growing players’ union movement, but unfortunately, he played a few years too early to receive the benefits which future generations of professional baseball players now enjoy. He was a strong supporter of a players’ union that would negotiate players’ pensions and rights. He joined with other players in voting for a failed strike.

The next year he was sold to the minor league San Diego Padres. The following year a pension plan was adopted and other players’ rights were negotiated. However, after many failed attempts through letter writing campaigns and court proceedings, Coscarart and others were never able to receive the pensions or receive royalties for the use of their images and memorabilia.

After his playing days, Coscarart worked as a scout for numerous teams and notably signed San Diego native Craig Nettles. In 1963, Coscarart started a thirty-year career as a real estate broker in Escondido. In 1990 he was inducted into the Brooklyn Dodger Hall of Fame.  Coscarart was surprised and very proud to have Escondido Varsity Baseball Field named after him and to be inducted into the Escondido High School Hall of Fame.

Pete Coscarart was a defensive whiz and an All-Star professional baseball player and likely the most notable player ever from Escondido. Now he is a 2020 Escondido Forever Legend.