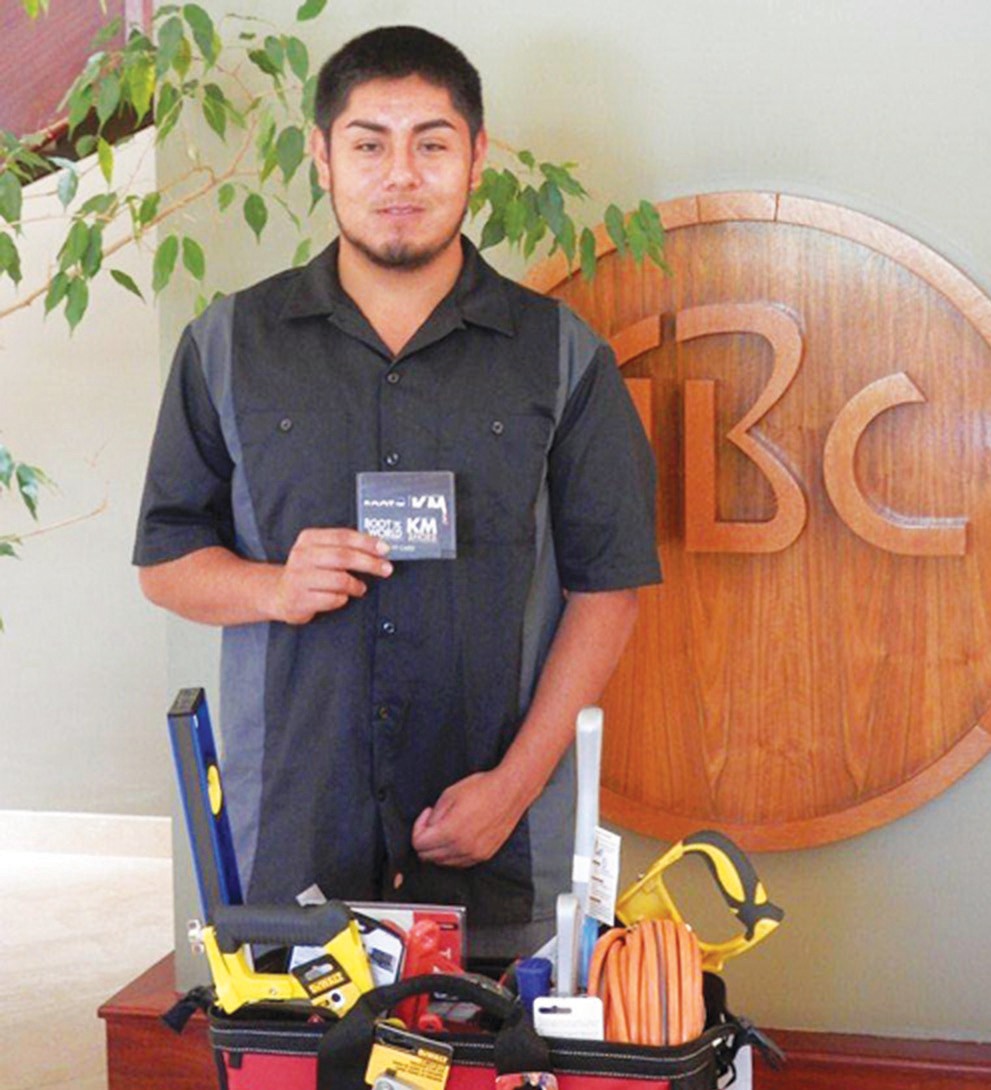 Escondido’s Miguel Comacho is one of three North County Class of 2015 graduates who already have a head start on careers in the construction industry just days after earning their high school diploma, thanks to scholarships awarded by the Associated Builders and Contractors San Diego Apprenticeship Training Trust.

Miguel Camacho says he learned about the scholarship while doing online research for education and career opportunities after high school. Camacho says he decided to pursue plumbing as a career for strategic reasons. “There are always jobs in plumbing, I like the job security,” said Camacho. “I don’t like being in an office.” After his first week of on the job training, Camacho was enthusiastic. “We went to two different locations, working on a hospital boiler and learning about pipe at another hospital.”

Camacho said the opportunity to graduate from the Apprenticeship Training Academy program with a career and no college debt was very important to him. “First, there is not a guarantee of a job even if you graduate from college. Then you’re in debt. I’m positive about the future.” Camacho’s ambitious plans also include using his skills and earnings to buy his first home and purchase additional properties to refurbish in the future.

Scholarship recipients become apprentices, which means the student is a full-time employee with benefits. Camacho is employed by Countywide Mechanical. Romeo Ramos and Angel Samora will both be electrical apprentices. Scholarship recipients work a 30-day pre-apprenticeship period which begins immediately after their high school graduation. Upon completion, all three officially become apprentices and begin their formal education on the job and in the classroom.

Apprentices combine on-the-job training working under the supervision of a skilled craftsperson with formal education through ABC’s Apprenticeship Training Trust program, where students learn the technical side and the theory of their craft. All tuition costs are covered. As part of the scholarship, students who are selected also receive a basic set of tools for their trade, work boots, all technical manuals, codebooks and classroom textbooks throughout the apprenticeship at no cost, a value of several thousand dollars.

The new apprentices will begin their education at the ABC Apprenticeship Training Academy in August.