Escondido gathers round to support Frida’s Tacos after crash 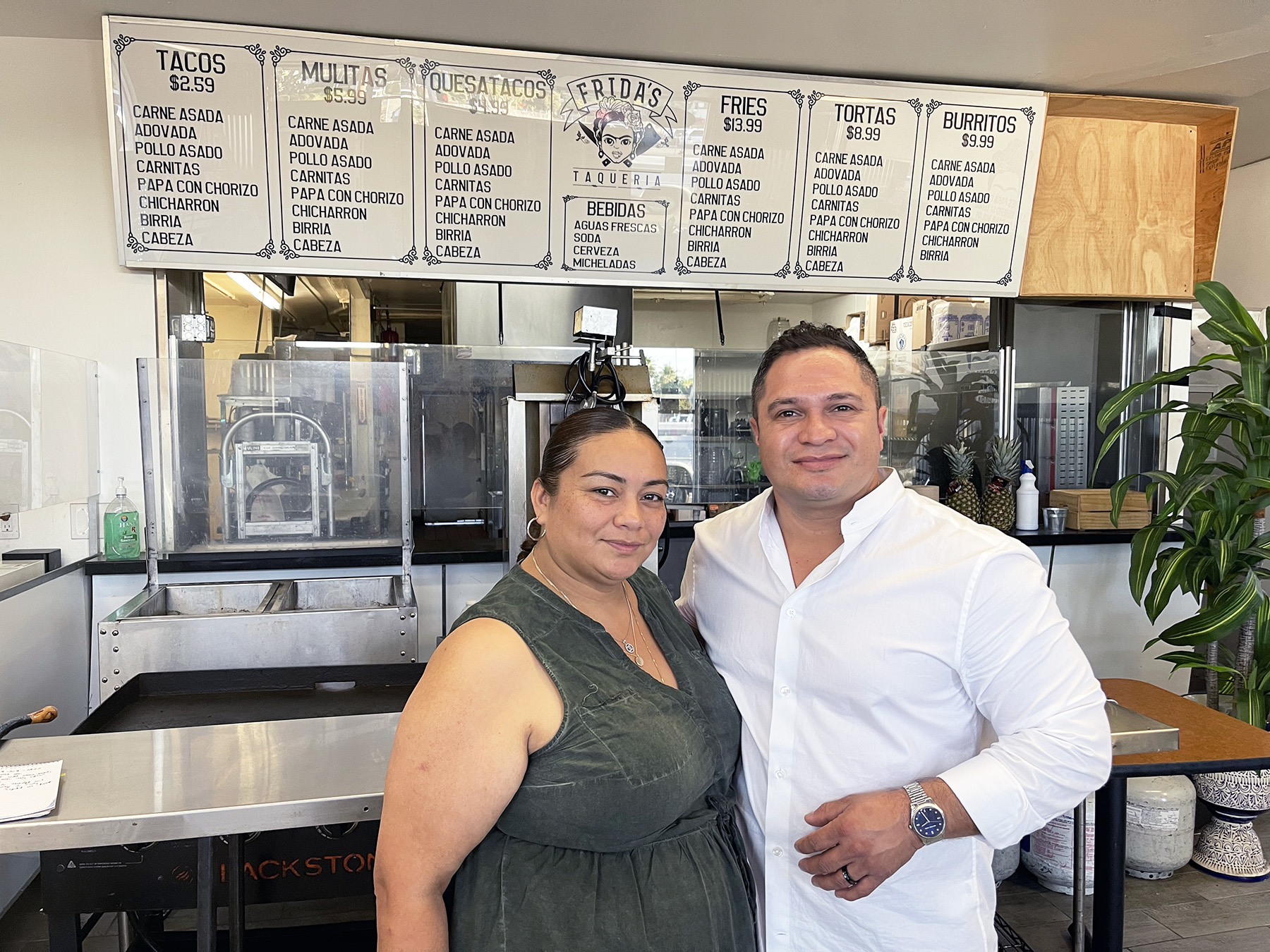 Gracy and Robert Ayala, owners of Frida’s Tacos. They are waiting for the insurance adjusters to do their work before they begin rebuilding.

The merchants and residents of Escondido are showing themselves to be the best of neighbors as they unite to help a local eatery recover from a shocking traffic accident that ruined its storefront.

Thursday night about 10:15, just as employees were readying to close, the storefront of Frida’s Tacos on East Valley Parkway and Fig erupted inward as a stolen vehicle crashed through. The glass front shattered and five people in the car, including two children, were seriously injured.

Fortunately for the restaurant, no employees were hurt and diners had already gone home. When co-owner Gracy Ayala got the phone call, she jumped into her car and drove from her East County home. “It was nerve-wracking when they called me and you can imagine that I drove here as fast as I could!” she said.

The taqueria was open for business the following day and from the street you could see employees sweeping up the shards. Although patrons must use outdoor seating if they want to eat on premises. Frida’s will continue to offer patio dining and pick-up until the insurance company adjusters finish inspecting the damages. Fortunately, they are fully insured.

The call went out from the Escondido Chamber of Commerce, the city’s Economic Development agency and the Downtown Business Association that the Ayalas needed help—and to let their customers know they were still open for business.

Deputy Director of Economic Development Jennifer Schoeneck asked merchants to “help spread the word that the community is gathering around the couple for support. They are great business owners who have been helping create community in that area of town and we want to make sure they can come back stronger than ever.”

Robert Ayala told The Times-Advocate, “We are getting what we need. Our customers have been very supportive. We were hoping that Escondido would support us and they have.”

By “support” they don’t mean donations. “Just buy our tacos!” they said. Let everyone know that despite the crash they are back in business. The response to the call for help “was beyond wonderful,” Gracy Ayala said.

Her husband added, “We are very thankful for the way the community has supported us.”

The Ayalas have  a 14-year-old boy, Sebastian and a 17-year-old girl, Grace Kelly Ayala, who is already running some of their farmers markets.

Frida’s Tacos first opened June 2020, and yes, Gracy Ayala “is a fan” of the Mexican painter known for vivid colors, portraits and self-portraits.

Up until the crash, the restaurant was doing well. “It’s been doing pretty well given that we started in the midst of the pandemic,” said Robert Ayala. 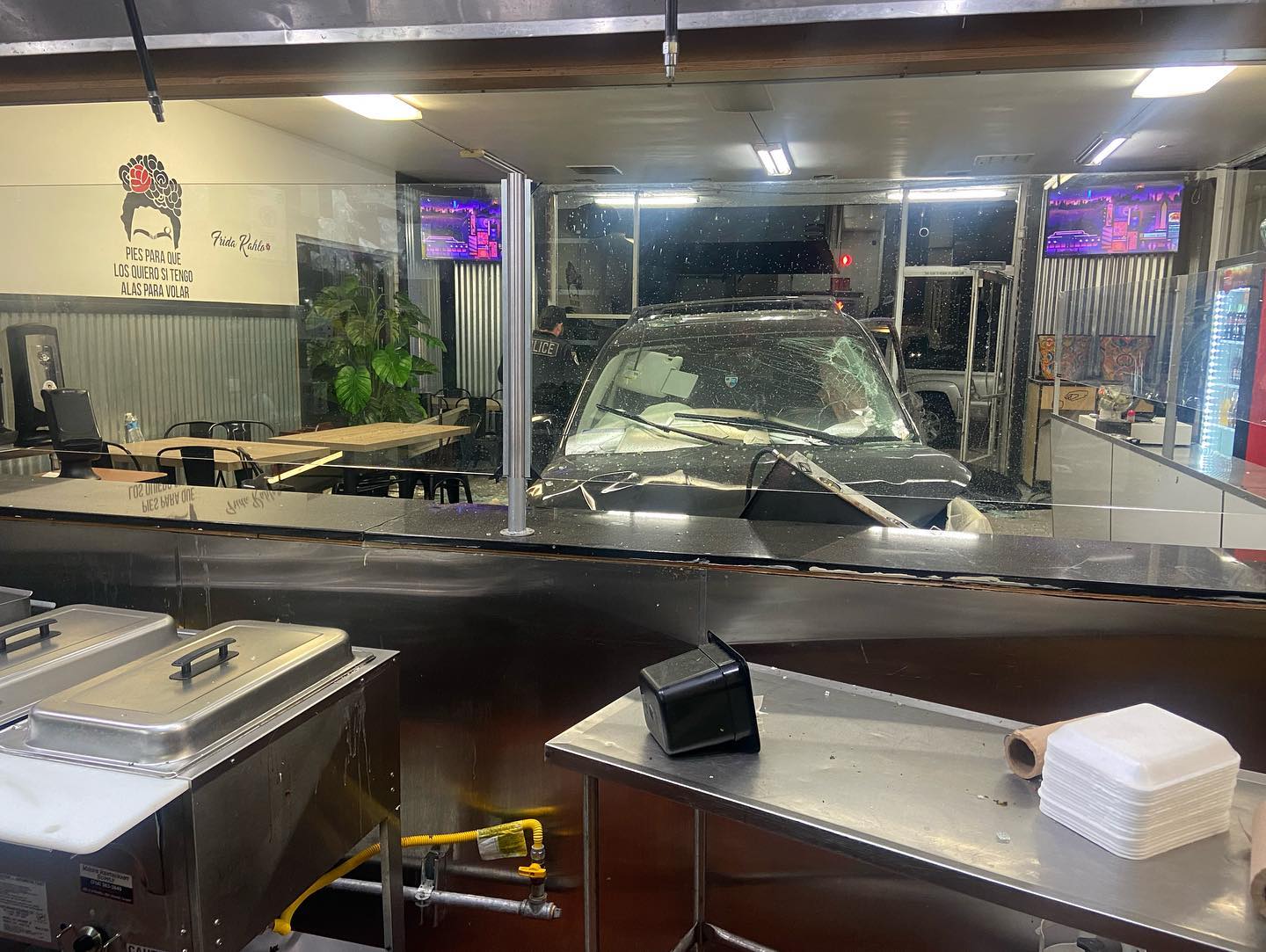 The family was inspired to start a restaurant when they found that prepared food was making the lion’s share of the profits of their meat market in San Diego. “We fell in love with cooking,” said Robert. They developed a loyal clientele, and began cooking at some of the 11 farmers markets that they operated in—which is something they still do, though at only five currently at locations such as Leucadia, Oceanside and Otay Ranch. That led to opening Frida’s.

Then they added catering to their repertoire, plus private parties and gatherings.

Their most favorite menu items are Tacos Al Pastor and quesatacos. You can order by calling or texting your orders to the phone number below.

For more information about Frida’s Tacos, see their menu below or call.

Update: The vehicle that was in the crash, an SUV, had been reported stolen in Oceanside shortly before 10 p.m. The driver was ejected and suffered serious injury. Two men were arrested a short distance from the crash. They were identified as Hans Velasquez, 20, of Oceanside, and Anthony Quezada, 19, of Escondido. Velasquez was arrested for carjacking, felony DUI, felony hit and run and felony child endangerment. 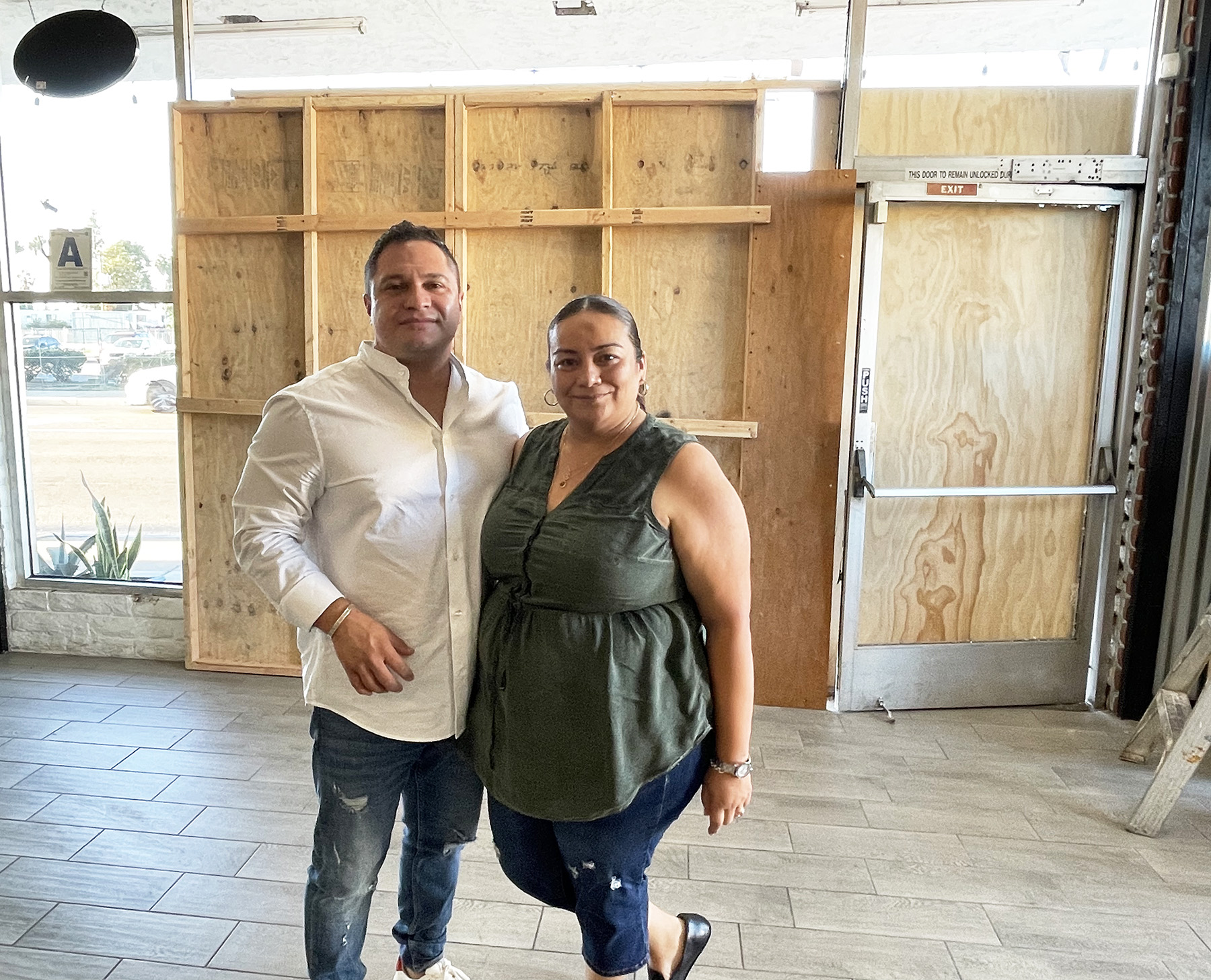 The Ayalas in front of the storefront that was shattered by a car Thursday evening.