The HeART Beat of Escondido 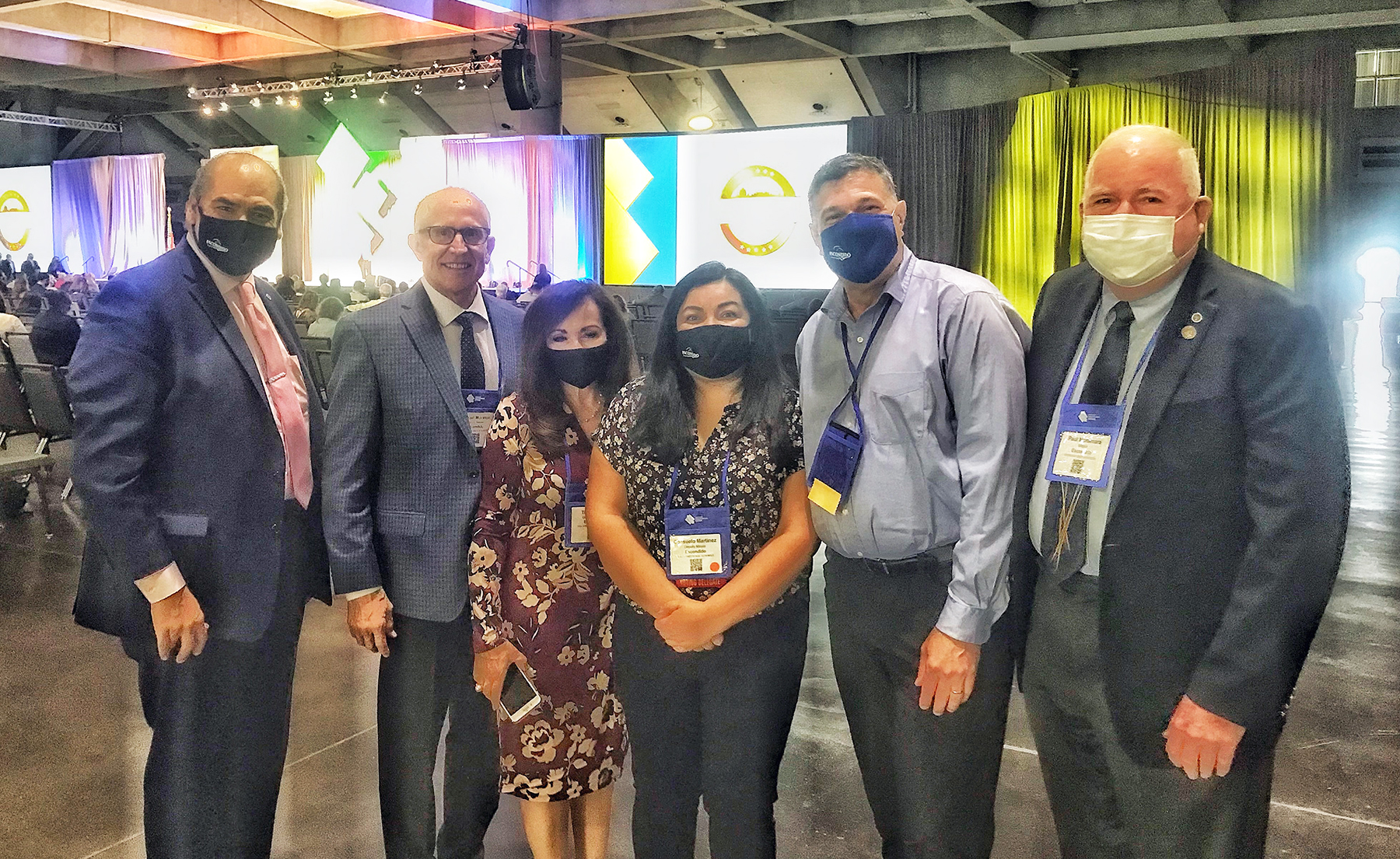 Artwork on concrete barriers downtown has earned the City of Escondido the prestigious Helen Putnam Award for Excellence for Economic Development through the Arts.

This honor is given for outstanding achievements by the League of California Cities. A representative of the League will present the award at an October council meeting, the exact date to be announced.

Escondido is one of 11 recipients of this award out of 482 cities in California.  It is being recognized for making the best out of a bleak situation through an epic and creative endeavor that became the painted K-rails along Grand Avenue. It brought people together during the depressing COVID lockdowns and increased traffic to businesses struggling to survive.

The Putnam Award was established in 1982 in memory of Helen Putnam who was the first woman president of the League of California Cities. Putnam viewed a person meeting their own potential as a measure for success. For her, excellence meant doing your best. The award is given to “recognize and promote the outstanding efforts and innovative solutions by city governments.”

Winning cities of this award have made unique contributions to residents and businesses resulting in lower costs and more effective delivery of services.

Under the leadership of artists Suzanne Nicolaisen, Escondido Art Association Gallery Manager Jinx Lennon, Carrie Foster, Brenda Townsend, Cindy Peters, and Leslie Meyer, 70 volunteers from all walks of life and of all ages assembled to paint the K-rails along Grand Avenue and create a unique art display.  This is what earned the attention and recognition of the League.

The venture was one of cooperation and fast action. With inside dining restricted, restaurants were scrambling to stay alive and serve customers outdoors. The fast action by Amber Tarrac, deputy director of economic development at the time, with the full support of then City Manager Jeff Epp, Mayor Paul McNamara and the City Council, K-rails were expedited to block off one lane of traffic in both directions along Grand Avenue. This allowed restaurants to expand outdoor seating or add it in order to serve customers.

Nicolaisen and Lennon, never able to resist a blank canvas, set out to paint the concrete dividers. They organized a committee of artists to lead and manage a group of willing volunteers to help.

Needing supplies to paint close to 90 dividers, the committee of artists organized a fundraiser. Rotary and Escondido Shines gave $1000 toward the project.  According to Lennon, Nicolaisen approached Home Depot to donate paint and other needed goods—which they gladly gave.

“This was a way to transform dull grey and depressing dividers into something fun and creative and do something collectively,” said Nicolaisen. “It was a way to affirm that we are certainly in this together.”

A child remarking that Grand Avenue looked like something out of a fairy tale with all the color and whimsy gave Nicolaisen the idea to name the venture the “Escondido Coloring Book of    Hope” although it is more commonly known as the “Beautify Escondido” project.

Curiosity seekers and art lovers come and take a self-guided tour of these works with heART along Grand Avenue. Each piece is marked with a QR code that when scanned will tell you who the artists are and will also display a map identifying the location of the other barriers

This is the second Helen Putnam award for Escondido. The city won the first one last year for developing a groundbreaking collaborative program to eliminate graffiti.

“It was a proud moment for the Council, Mayor and City Manager to receive the award,” said Councilwoman Tina Inscoe.

“We are so excited that Escondido is doing so well two years in a row,” said Councilmember Joe Garcia, who represents this district.

According to Garcia, Economic Development and the Arts are interrelated. He believes that people will go to see art where they will shop or dine—which in turn builds the economy.

Nicolaisen believes that if you want to see something happen you need to step up and just do it.

“A good example is Esco Alley Art,” said Garcia.  He went on to say, “The third phase is going up on October 9 with the unveiling at 5 p.m. I will be there to address people in both Spanish and English.”

Esco Alley Art is a grassroots effort resulting in an impressive outdoor art gallery in the alley south of Grand Avenue between Broadway and Maple. Twenty-two paintings now hang there on an old brick wall of a building that belongs to John Paul the Great Catholic University. Eleven more murals will be unveiled to complete the three-phase project that began at the beginning of this year. There will be 33 paintings in all. This fine art display of local artists is available to all who wish to walk by and enjoy the paintings any time of day or night.

“There is also the monthly 2nd Saturday Art Walk event. All of this is connected to economic development,” said Garcia.

The 2nd Saturday Art Walk happens on the second Saturday of each month in Garcia’s downtown district. It is an opportunity to view and purchase pieces from artists who sell their work outside along Grand Avenue, to participate in creative activities and to visit the many art galleries of Escondido. It coincides with the launch of new exhibits for each of these galleries that usually hold receptions free to the public from late afternoon into the evening.

The K-rails are a multitude of unique mini murals that many find whimsical and colorful. There are some who do not care for them citing that they lack elegance or class.

Art appreciation is certainly subjective. Context and perspective may soften the viewers’ stance.

Nicolaisen, Lennon, Foster, Townsend, Peters, Meyer and so many more artists saw an opportunity to bring the community together and out of isolation with a project that brings color, joy, whimsy, fun and creativity to drab grey barriers that were reminders of a grim and depressing time.

“Our goal was not to paint Monets, Rembrandts or Picassos.  It was to bring people together and lift spirits. I think we achieved our goal,” said Nicolaisen

In the meantime, Escondido is in the limelight for doing its best during some very trying times.