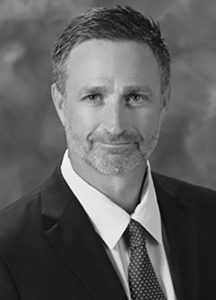 A doctor from Escondido last week was convicted in a Murrieta courtroom of sexually assaulting multiple women who were his patients in Temecula.

The Village News last week reported that John Francis McGuire, 45, was convicted on February 28 of 25 felony and misdemeanor charges while being acquitted by a jury of two counts of rape. The jury also couldn’t reach a verdict on several counts. The charges included forcible rape, sexual battery of a restrained person, attempted sexual assault of an unconscious person and committing sexual acts on patients.

Separately, the Times-Advocate learned that McGuire practiced briefly at Graybill Medical Center in Escondido before his arrest in August 2015.

The Riverside DA’s office is reportedly considering whether to retry McGuire on the counts where the jury was deadlocked.

The verdict came at the end of three days of deliberation.

Riverside County Sheriff’s deputies had been investigating McGuire since 2015 after a patient alleged that she had been inappropriately touched several times following surgery. Eventually nine women came forward after McGuire’s arrest was announced.

McGuire is an ear, nose and throat specialist.

The Village News reported that, according to the California Medical Board, McGuire had been a practicing otolaryngologist since 2005. He graduated from the Georgetown University School of Medicine two years earlier. His license to practice medicine was suspended on September 21, 2015.

One response to “Escondido doctor convicted of sexual assault on patients”