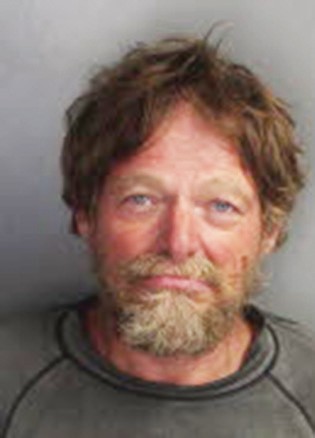 • The Escondido Police are seeking the public’s help in find­ing John Patrick Butler. Butler is a registered sex of­fender who failed to update his registration information as re­quired by law. He wanted on a felony charge for failing to do so. John Patrick Butler is a white male, 55 years old, 5’8”, 200 pounds with blond hair and blue eyes. He has a tattoo on his left fore­arm of moons and stars. He also has a Merlin wizard tattoo on his right forearm. Anyone with information as to the whereabouts of John Butler is asked to call Escondido Police at 760-839-4722. An anonymous tip can be left at Tip Line, 760- 743-TIPS (8477).

• Escondido Police arrived at the Escondido Transit Center at 6:47 a.m. Thursday, February 25 on a report that two men were fighting. When they arrived they found one of the men had been stabbed in the neck. Police stopped the as­sailant as he was leaving the area. According to Lt. Ed Varso of the EPD, the two men had a disagree­ment on a bus and started fighting at the Transit Center. One of the men allegedly pulled out a pair of scissors and stabbed the other man once in the neck. The victim was taken to Palomar Medical Center for the non-life threatening wound. Escondido police arrested Christian Willingham, 29, on charges of assault with a deadly weapon. The employee was given a mis­demeanor for the crime, police said.