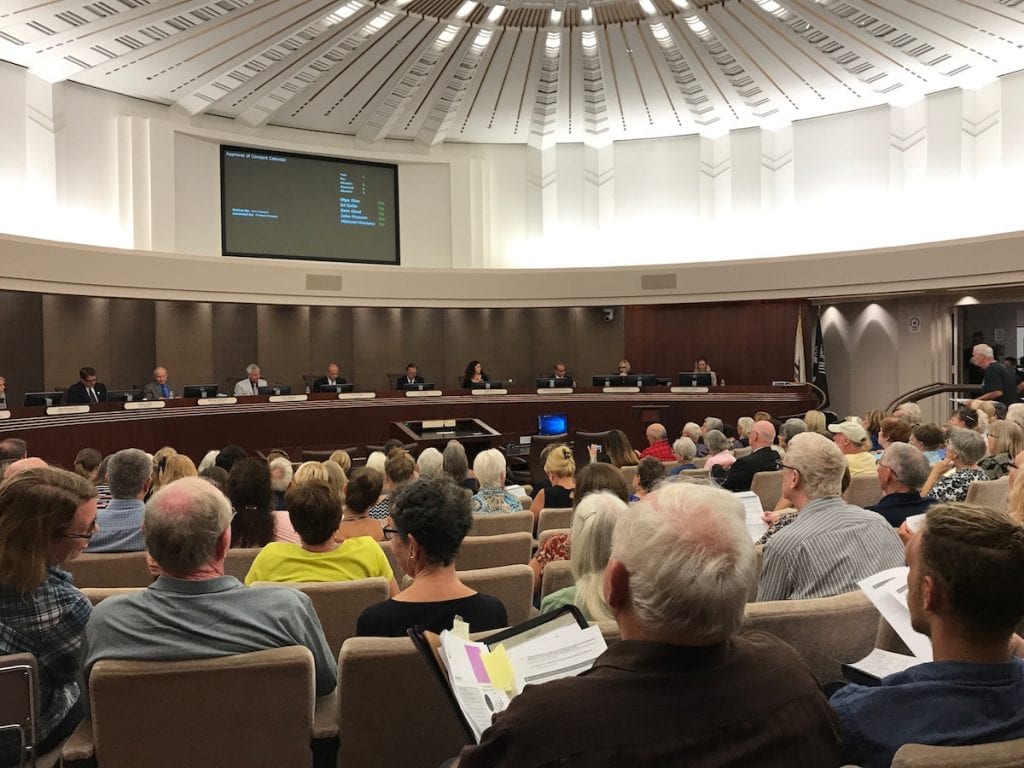 Tonight Escondido City Hall is packed with overflowing crowds. On command about a hundred people held up pieces of papers that said “libraries are sacred” and “librarians make a difference” to cheering.

This article is ongoing and updates are being made during the meeting by our Editor, David Ross.

When City Mgr Jeff Epp began his presentation, he said the process had been very difficult for staff. When several people laughed, Mayor Abed admonished the public to treat speakers with respect. 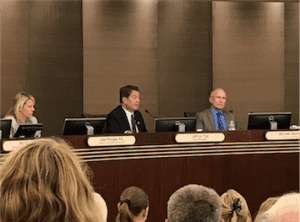 Epp did a slide presentation. The first one was a sign where someone had written “outsource Jeff Epp”.

He said he met that person. Epp said in the course of this process he met people who “have been one of the most vocal, polite and intelligent people I have dealt with.”

After the staff report, they turned over to Library Systems & Services, the proposed contractor.  When the audience interrupted, Abed once again spoke up, “we have 90 speakers. We need to hear from you. I’m not going to allow this meeting to be interrupted and interrupted.”

When the Chief Operating Officer of Library Systems & Services began speaking, he stated “Our motto is based on a true partnership”.

LS&S said “our ability to meet and exceed expectations” will help the city to sell a bond to 2/3 of voters.  They offer to expand hours from 51 a week to 69 and be open on Sundays. 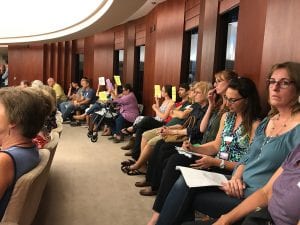 A deeply divided Escondido City council voted 3-2 to move forward with negotiations with Library Systems & Services to outsource Library services. Olga Diaz and Michael Morasco voted no. Many things are left up in the air by the vote, including a possible legal challenge. Check the T-A soon for more details.