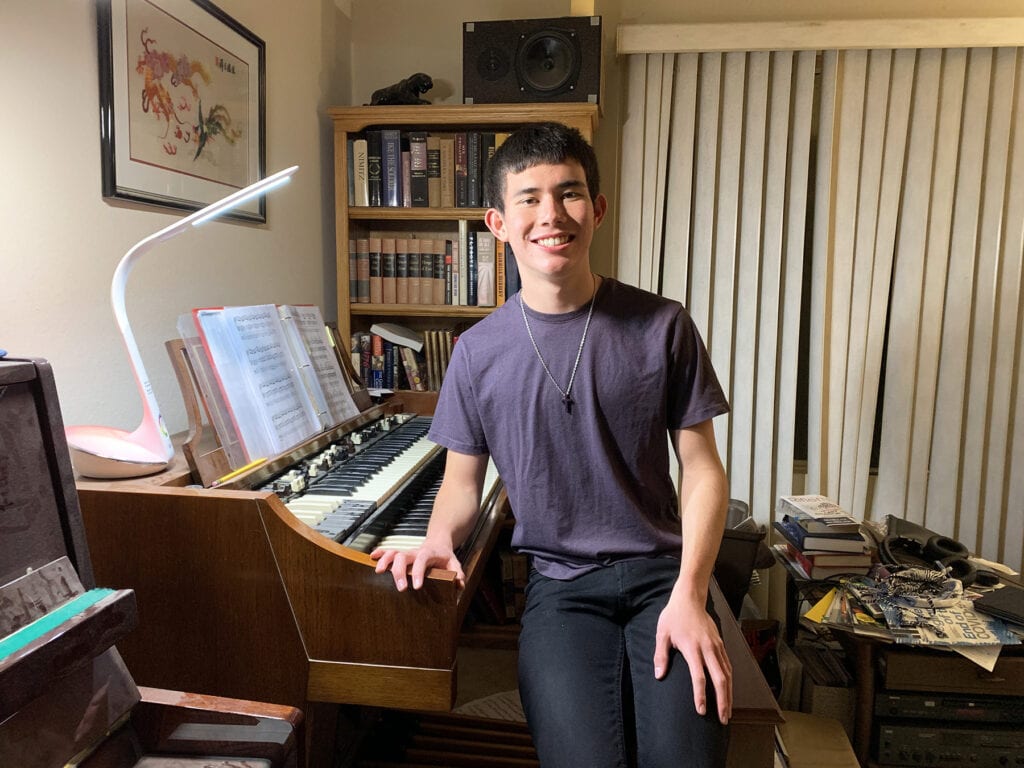 Escondido organ student Declan Bohley, with a Hammond organ that was donated for his use.

The donated Hammond was matched with 17-year-old Declan Bohley, a high school senior from Escondido with a passion for the organ, piano, and music as a whole. He’s been playing the organ for six years and the piano for 12. He says having this instrument in his home has inspired him to explore the organ in ways he hasn’t been able to before.

“Playing the piano is a very precise art in a way that playing the organ is not,” Bohley said. “Each organ is unique and you can’t just play organ music straight off the page. This is an awesome instrument and having it available to me whenever I want to practice has given me the opportunity to explore the organ in a more creative way.”

Bohley is starting college this fall, and while he isn’t planning on pursuing a degree in organ performance, he fully intends to apply what he’s learned as an organist as he pursues his goal of composing contemporary music.

Chris Cook, Bohley’s organ teacher, says that receiving this instrument has not only made a critical difference in Declan’s growth as a musician, but could make a big difference within the local organ community.

“I think programs like this one close the gap in the capacity to attract and instruct young students,” Cook said. “The organ allows students to encounter the core musical historical arts heritage from Europe. It’s a challenging instrument, but that also makes it super gratifying to learn.”

“The worse the times are, the more important it is to have music in our lives,” Way said. “I view this program as a sort of extension of what John Spreckels was trying to accomplish. I subscribe to his theory that music is good for you.”

You can donate to support this project here: