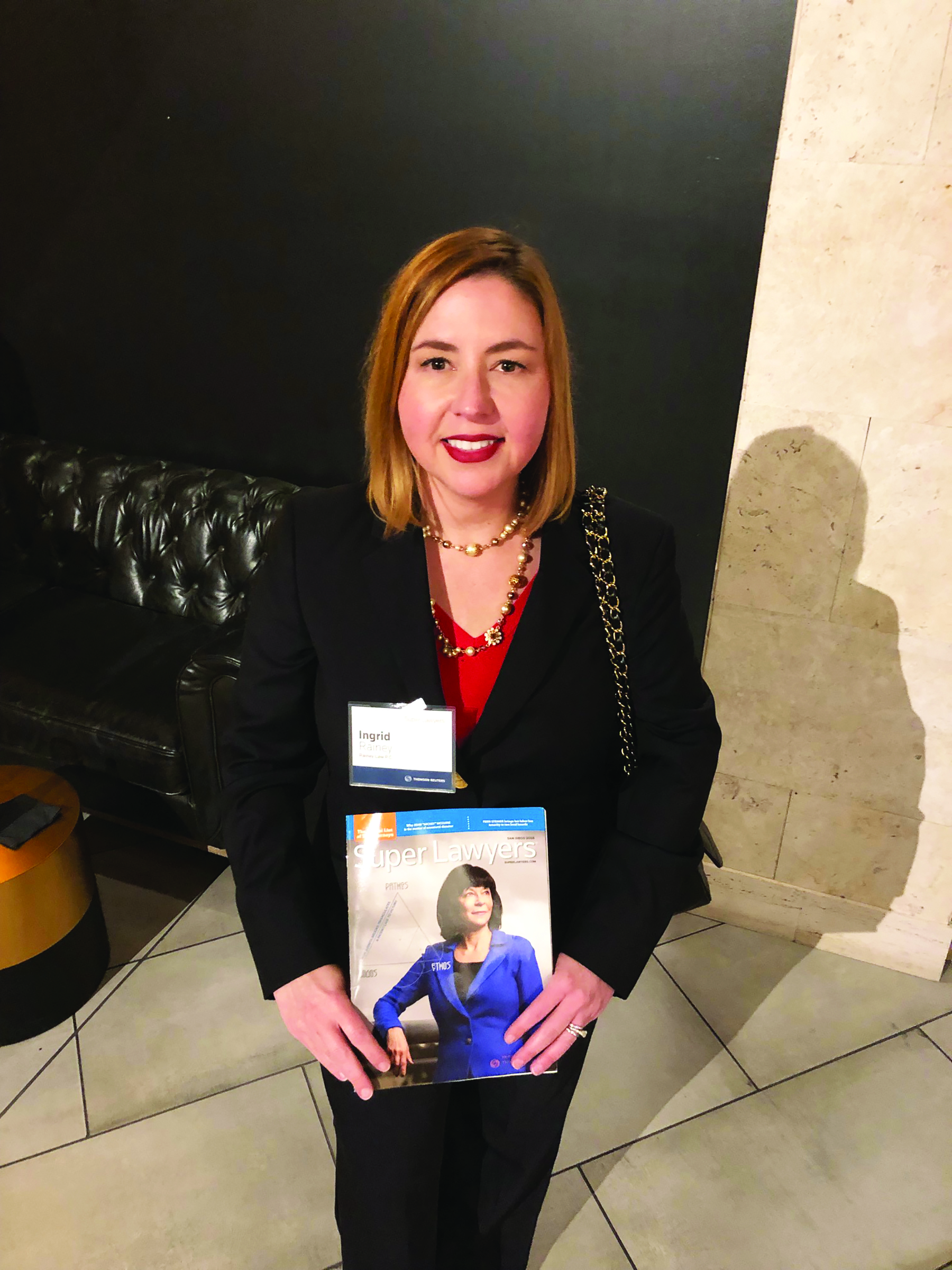 Ingrid Rainey, a corporate lawyer based in Escondido, has been named a 2019 “Rising Star’ by the attorney ratings organization Super Lawyers.

Escondido attorney Ingrid Rainey has been named by the organization “Super Lawyers” as a “Rising Star” in the San Diego legal community.  About 2.5% of lawyers in the state are given this designation, while 5% are given the designation “Rising Star.”

Super Lawyers is a rating service of outstanding lawyers from more than 70 practice areas who have attained a high-degree of peer recognition and professional achievement. This selection process includes independent research, peer nominations and peer evaluations.

Rainey told The Times-Advocate: “It is an honor to be awarded San Diego Super Lawyers Rising Star 2019 by my peers.” She added, “I love being a corporate/business litigation attorney and consider it a privilege to serve my clients. To do what I love and be recognized for my hard work is a blessing and I want to thank everyone for their support and acknowledgement.”

Lawyers enter the candidate pool for this honor by either being formally nominated by a peer or being identified by the research department during the research process.

Once a year, lawyers in each state nominate the top attorneys they have personally observed in action. Lawyers may nominate attorneys in their own firm, but these nominations count only if each in-firm nomination is matched by at least one out-firm nomination.

Super Lawyers’s procedures and database have several safeguards that prevent lawyers from “gaming” the system. For example, the organization tracks who nominates whom. This helps  in detecting any excessive “back-scratch” nominations (lawyers nominating each other) and “block nominations” (where members of the same law firm all cast identical nominations). The organization also prohibits lawyers from engaging in “campaigning” or solicitation of nominations from other lawyers.

The nomination phase is the first step in the process. It puts lawyers on Super Lawyers’s radar for further research and evaluation, and awards points in our rating system. But the value of those points is limited so that no matter how many nominations one receives, it will not guarantee selection.

The rating service’s research staff searches for lawyers who have attained certain honors, results or credentials, which indicate a high degree of peer recognition or professional competence. For example, certification as a specialist in a particular area of practice, or admission to prestigious colleges or academies, e.g., The American College of Trial Lawyers. The staff identifies these credentials by reviewing a proprietary list of database and online sources, including national and local legal trade publications.

During the research process, the rating service also discovers outstanding lawyers who have been overlooked in the nomination process. These may include: lawyers with national litigation practices who rarely appear in the courts of their home jurisdiction; lawyers in smaller firms or from smaller communities; and lawyers practicing in less visible or highly specialized practice areas.

The third step of the selection process is peer evaluation by practice area, also known as the “blue ribbon review.” The candidates in each practice area with the highest point totals from steps one and two above are asked to serve on a blue ribbon panel. The panelists are then provided a list of candidates from their practice areas to review, rating them on a scale of one to five.

Candidates are grouped into four firm-size categories. Those with the highest point totals from each category are selected. 2.5 percent of the total lawyers in the state are named to the Super Lawyers Rising Star list.