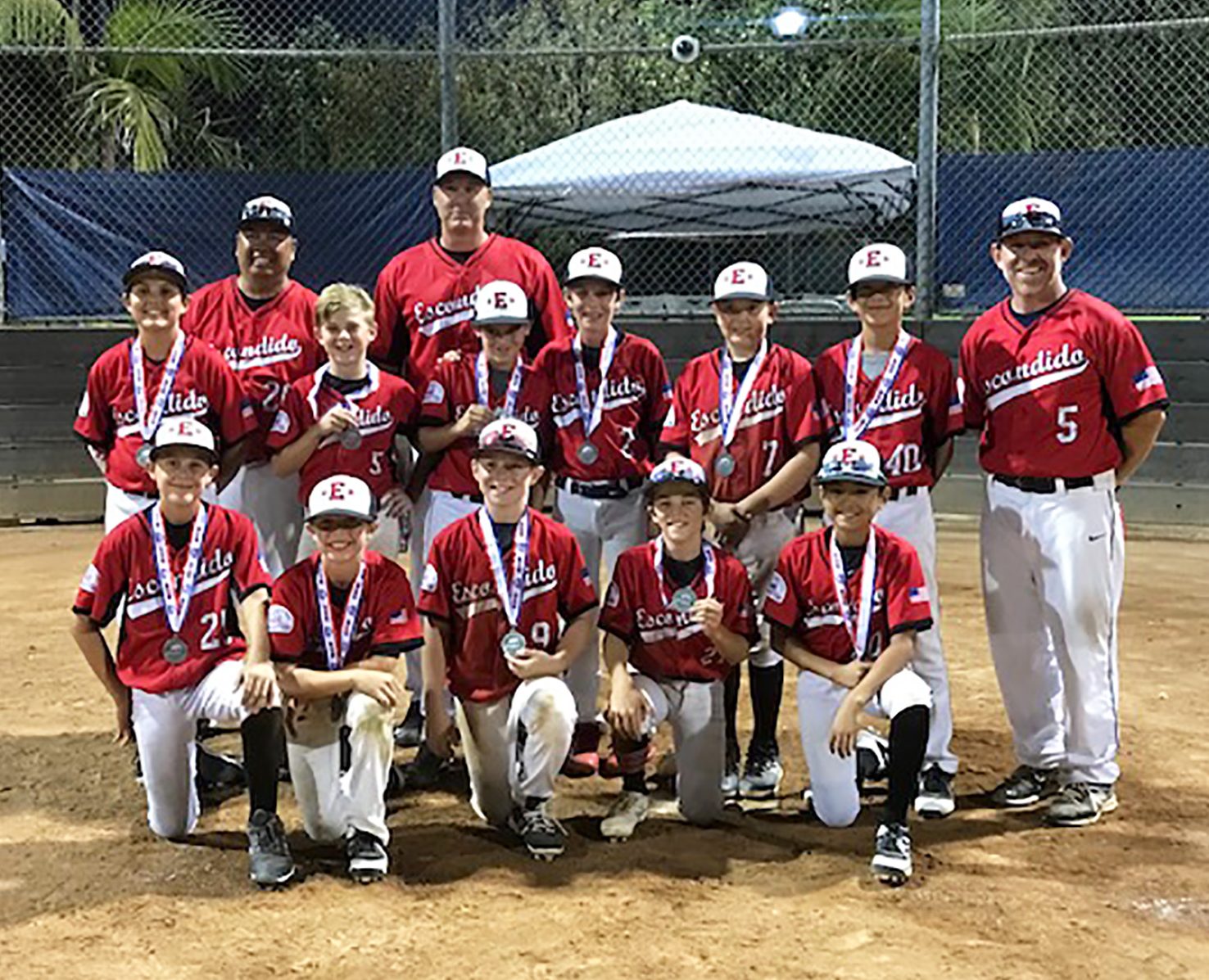 The championship Red All Star Team strikes a pose. This week they are competing for the World Championship in Virginia. 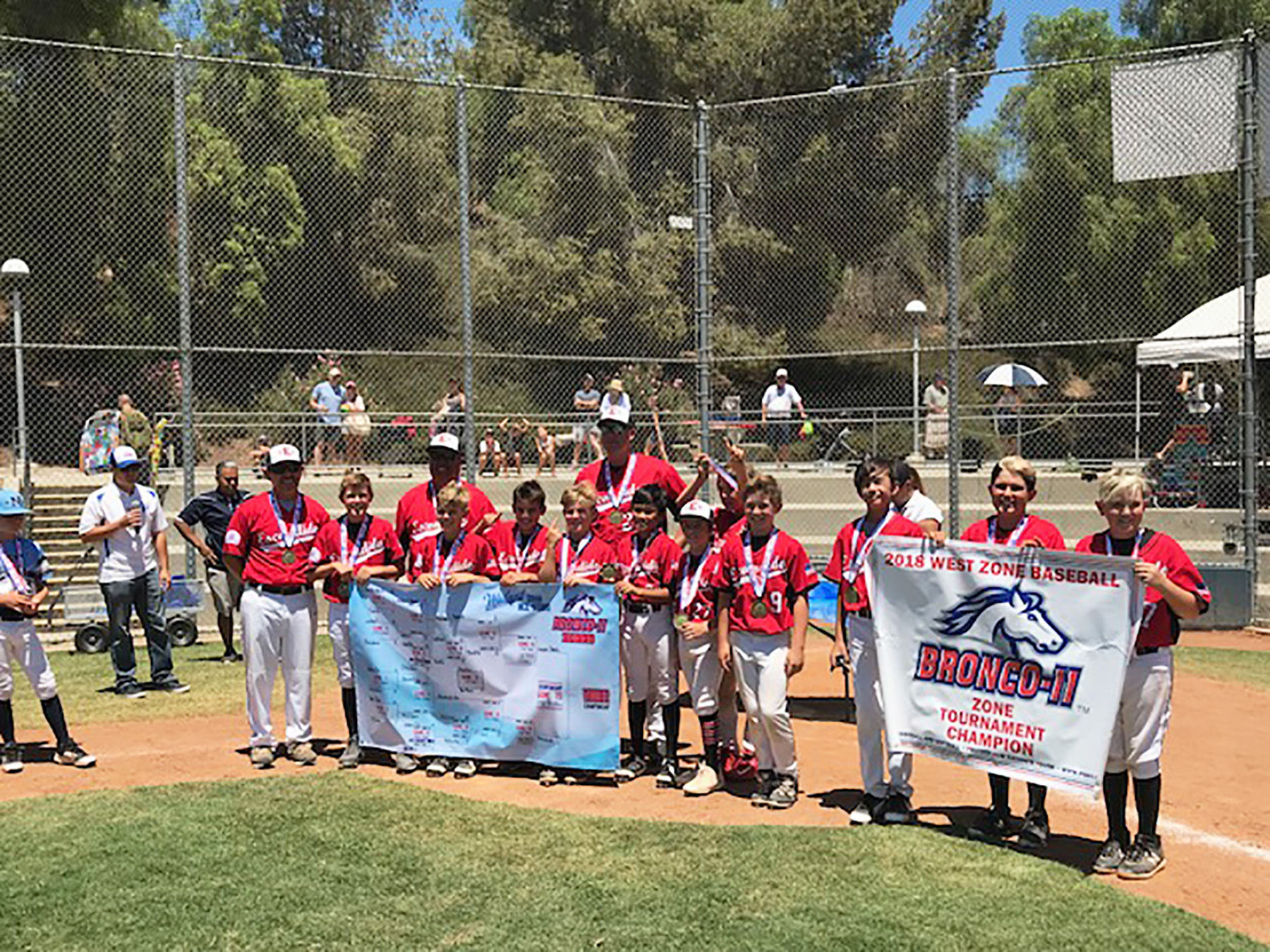 The 11U Red All Star Team unfurl their championship banners won on Sunday.

The 11U Red All Star Team from Escondido Youth Baseball, a PONY league, played in the West Zone Championship game for the Bronco-11 division on Sunday in Walnut.

They won and are now headed to Virginia to represent the West Zone at the PONY International World Series for the Bronco-11 division.

Sunday’s game was an intense nail biter. Both teams played extremely well. It went into extra innings. The Pitcher, Ian Fisher, pitched 9 full innings (a regulation game is 7 innings) and only threw 84 pitches. Of those 84 pitches, 67 were strikes and only 17 were balls. It was a complete shut out. EYB 11U Red All Stars won 1-0.

In the bottom of the 9th, Escondido loaded the bases. Mason Garris hit a ground ball, which brought home Max Farrell to win the game.

To get to this point, this team has played 19 games throughout the All Star Tournament. They have won 16 of those games. Of the 16 games they won, they mercy ruled the other team (were up by more than 10 runs) in 9 of those games. They are currently on a win streak of 10 games and have not given up a run in the last 20 innings of play (over 3 games.)