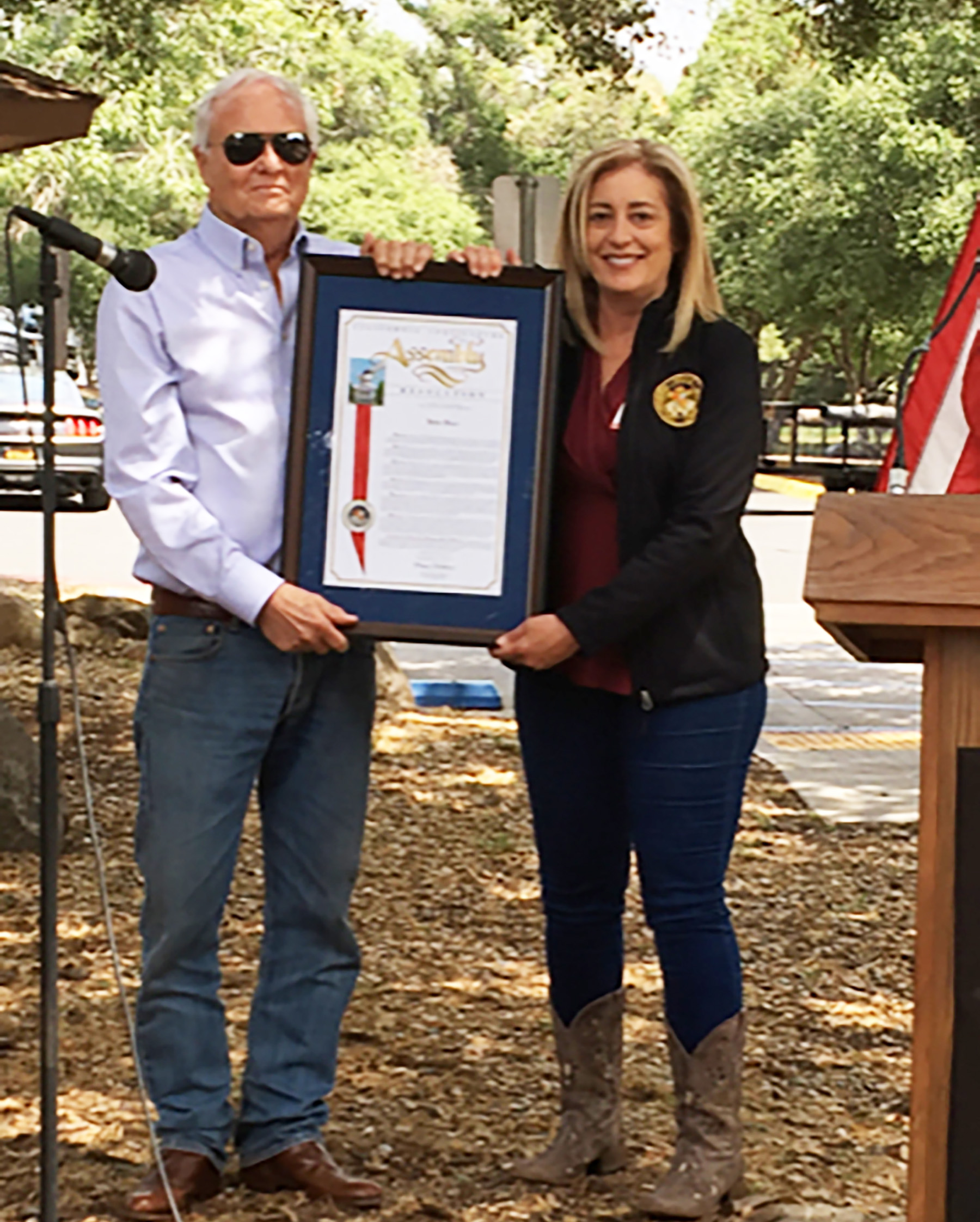 Farmer of the Year John Burr with Marie Waldron of the 75th Assembly District.

This region plays a big part in making California the nation’s leading agricultural state. Locally grown crops that include avocados, citrus, strawberries, grapes and cut flowers have put San Diego in the top tier of the nation’s agricultural counties. According to the San Diego County Farm Bureau, San Diego is the 19th largest farm economy out of more than 3,000 counties nationwide.

I am a big supporter of local agriculture, and last week I was proud to recognize John Burr, the San Diego County Farm Bureau’s Farmer of the Year. John was recognized for his decades of agricultural innovation and entrepreneurship, both locally and in the Central Valley. Over the years, his scientific and entrepreneurial expertise has contributed to the success of his family’s farm and to agriculture throughout California.

Another way we can all support our farmers is by buying their products directly. Though much of this region’s produce is marketed nationally and worldwide, we sometimes forget we can enjoy this bounty by purchasing food from our farmers at Farmers Markets that have sprouted across our region. From Temecula to Escondido and San Marcos, Farmers Markets are a popular way to buy healthy local produce.

By purchasing directly from the grower, we can eat healthy, enjoy our local bounty, and support our farmers.