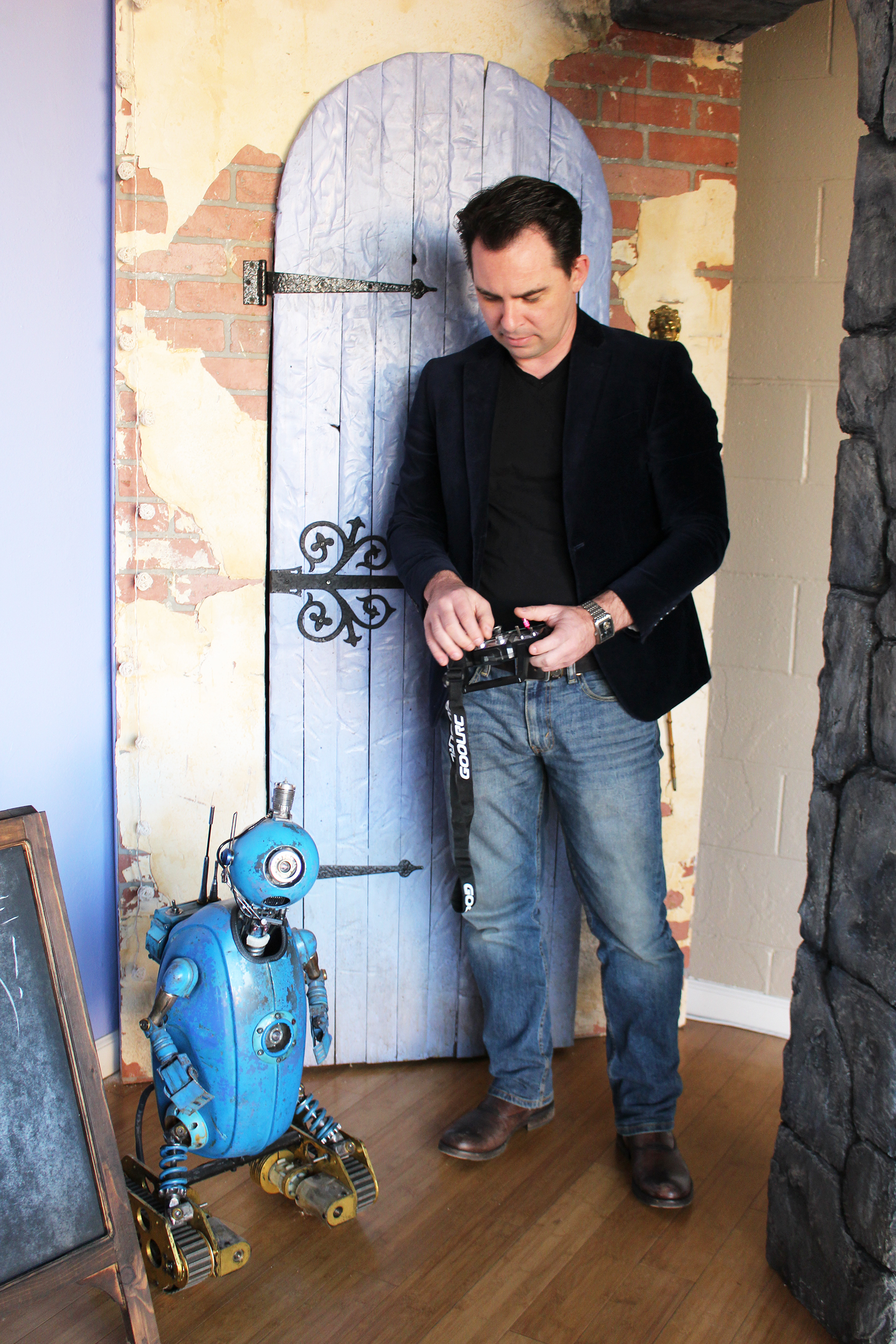 Film maker William Wall with his robot Oono, who is the star of his new film “Daisy Belle,” a fantasy about a robot who cares for his owner with a dedication that transcends most caregiver relationships.

When you win an Emmy, as Escondido filmmaker William Wall recently did for his short film “Daisy Belle,” it opens all sorts of doors that were previously closed to you.

It’s always a pleasure to talk about the creative process— any creative process—with an artist or anyone who creates something out of nothing. Or converts things that exist into other purposes.

That is kind of what William Wall does in his most recent film, the computer animated short Daisy Belle,” which was awarded “Best Local Film” at the San Diego International Film Festival. Wall’s film production company Halo Cinematic is located in Escondido’s industrial zone.

Wall is a longtime Escondido resident who grew up in San Diego and attended Santana High School’s Class of ’95. He is both a director and writer, known for Zero (2014), “The Immortal Edward Lumley” (2013) and “Daisy Belle” (2018).  “Daisy Belle” is a short 11-minute fantasy film that previously won five Emmy awards.

In a brief description of the film: A robot named “Oono” cares for his owner while mysterious creatures lurk in the strange world outside.  “Daisy Belle” is a surrealistic short film, moody and somewhat dark and yet hopeful and humanistic.

Wall teaches acting classes at his studio. He also does film editing and commercials to pay the bills. “The classes are for the first time actor to someone with 30 years of experience who wants to keep their tool sharp,” he says. He focuses on film rather than stage acting because that is where he has had the most experience. “That’s what I know as a director,” he says. Although he has acted, “I prefer to tell stories behind a camera.”

His first involvement with film was a music video. “I took part in the process and it opened a door for me,” he recalls. He realized that you don’t have to be a big studio to make a movie.

The technology of today has made possible the “one man band movie director.” What it requires mainly is “blood, sweat and tears, and I have the scars to prove it,” says Wall.  Some of those scars came from assembling his metal robot Oono used in the film.  He does everything from costuming to cinematography. What he doesn’t do personally he contracts out.

“For this film I realized that it’s important to surround yourself with people who are more talented than yourself,” he said.  He hired Eva Pfaff to do production design and Mike Smith to do computer animation, more commonly known as CGI.

This team created the surreal world of “Daisy Belle.” A mysterious little house is perched on the edge of a cliff overlooking a monolithic city. Mysterious beings march past outside and inside is a world that is apparently outside of time, with anachronistic furnishings and photos.

His favorite artistic influence is Oscar Wilde. “There has never been anyone with a sharper wit,” he says. What about filmmakers? “No one can tell a story quite like Spielberg, with a wider audience.”

“Daisy Belle” is Wall’s first film to win a prestigious award. He entered it in several film festivals. Until that process is complete the film won’t be available for download by the general public.

Wall’s next project will be a feature film. “I want it to be whimsical. I want it to be for everyone,” he says. Kind of like the films of his favorite filmmaker.  If the part about the movie being whimsical sounds kind of vague that’s because Wall has barely put pen to paper yet. “I’m just certain I want to make a family friendly science fiction film,” he says.

Short films are a great way to explore and play with ideas. Plus “being nontraditional gets attention. Being an Emmy-winning director also looks good on a resume.”

Wall is always moving forward with his work. He declares, “I have a rule: never rest on your laurels. The second you do that your art takes a nose dive. I hope I stay hungry and do art that is meaningful for people.” 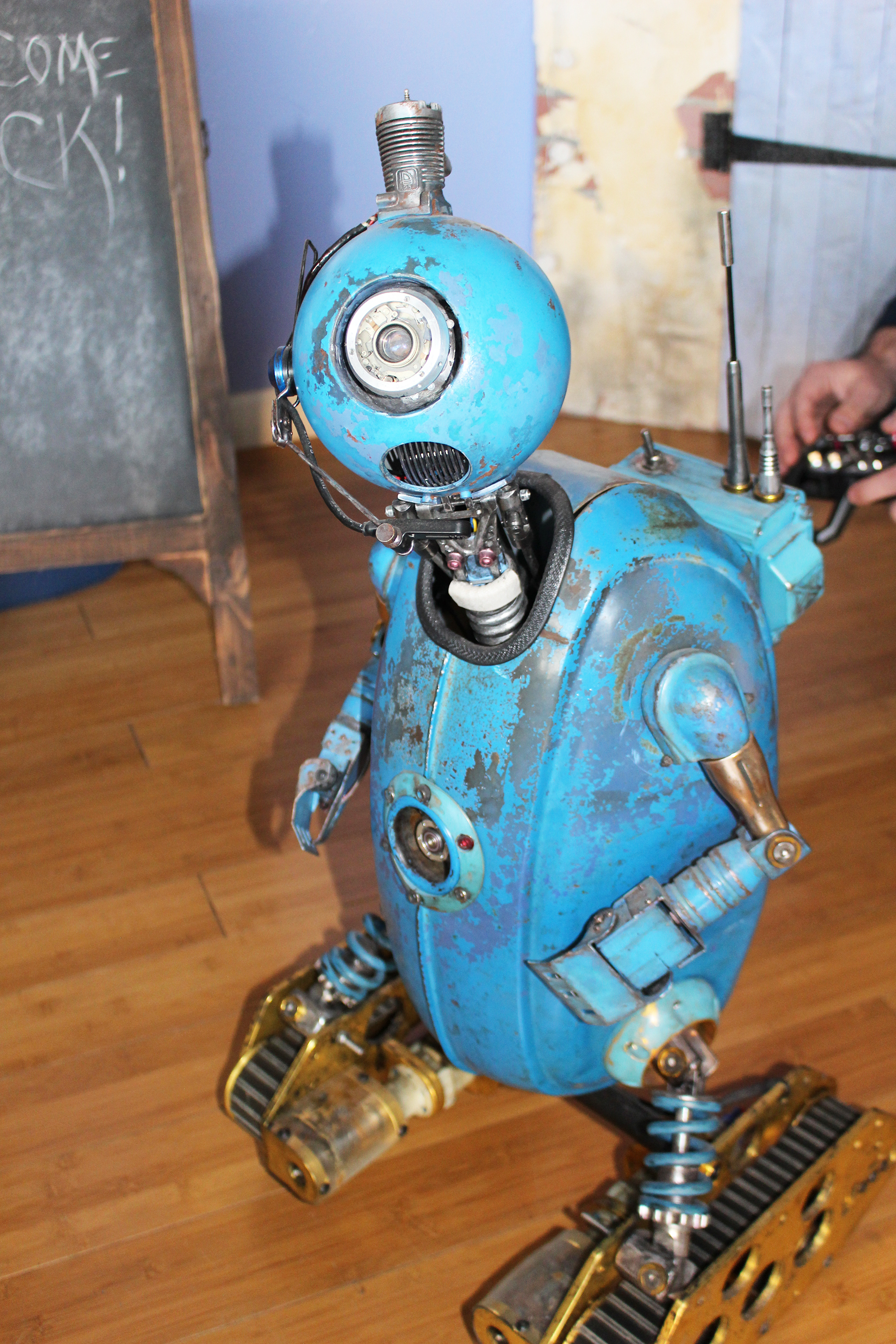 Oono was built out of metal, instead of plastic, which gives her a retro look that harkens back to robots of the past, like Robbie the Robot from the classic sci-fi “Forbidden Planet.” 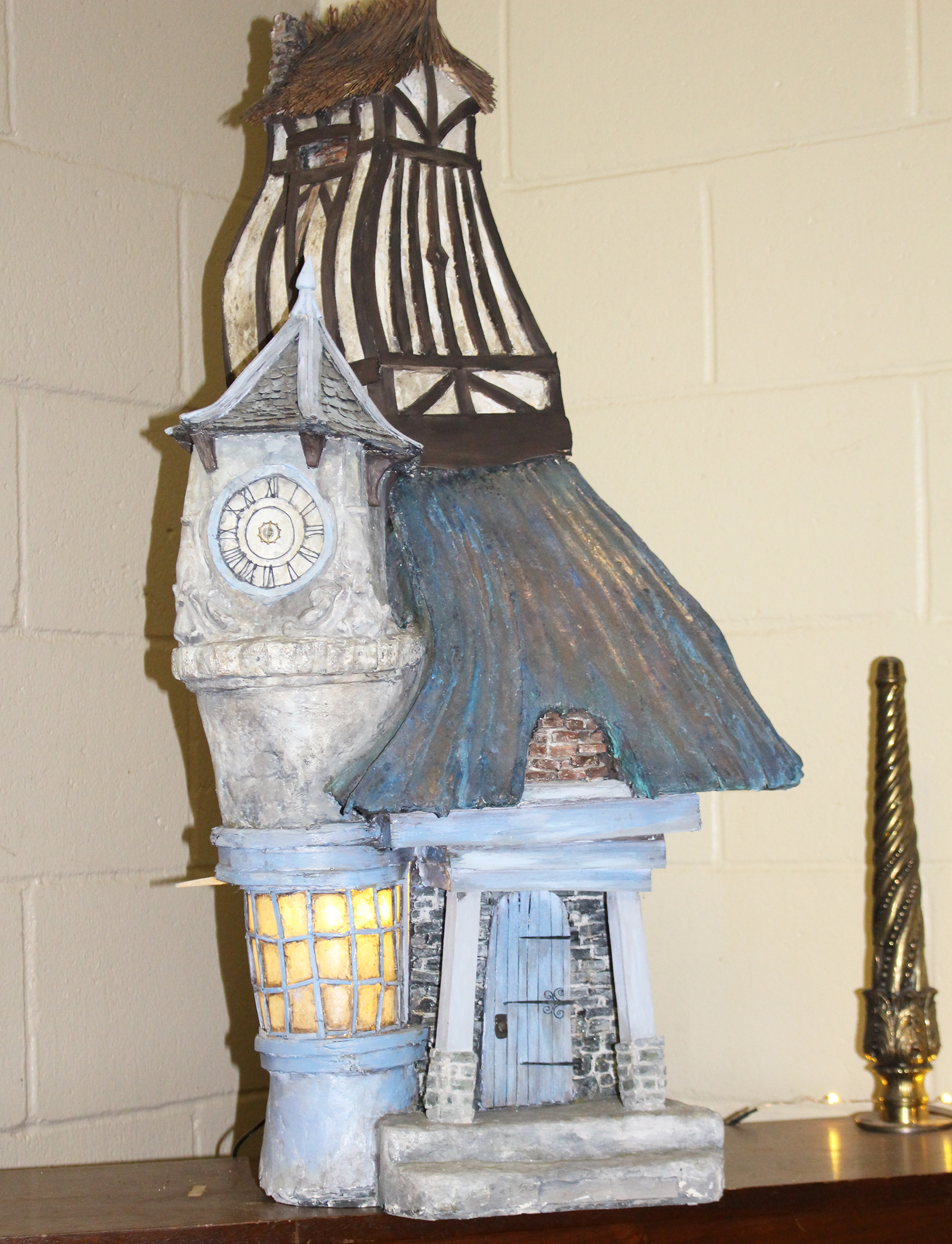 Model of the mysterious house that in the film sits on the edge of a cliff in the film “Daisy Belle.” 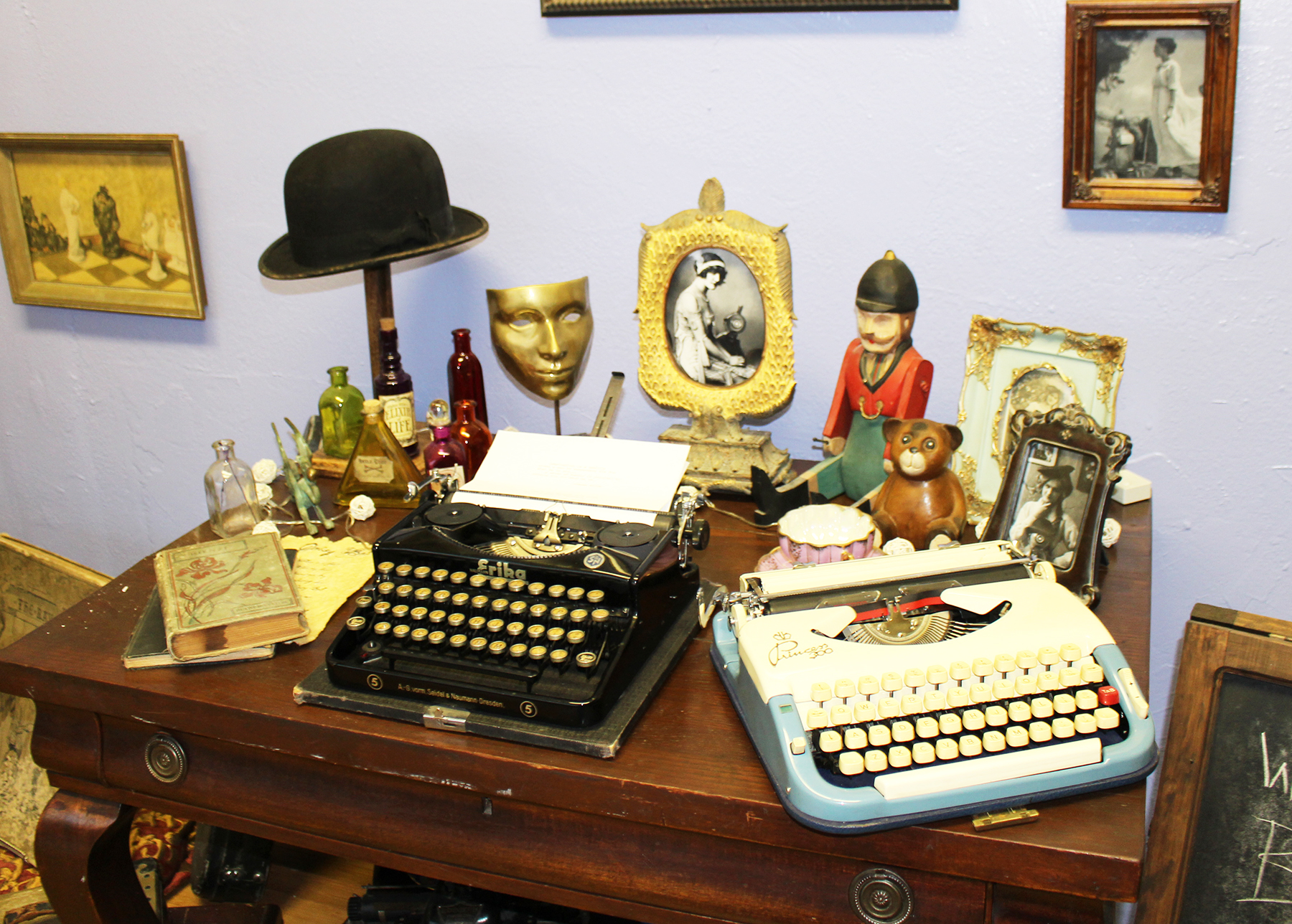 William Wall’s studio is decorated with eclectic objects, most of which found themselves into the interior of the house where the robot Oono cares for his owner. 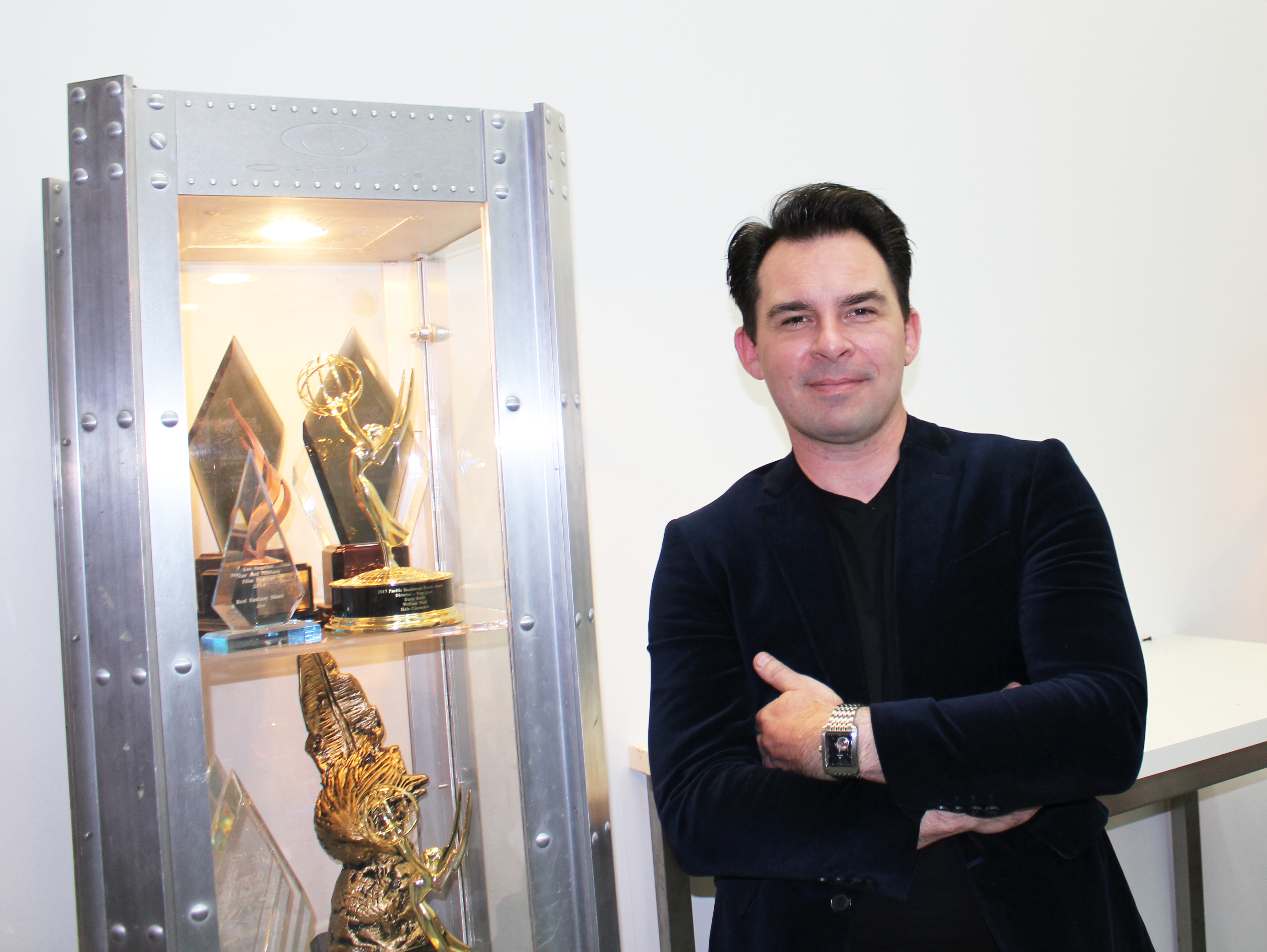 Filmmaker William Wall and some of his awards, including his most recent Emmys won for “Daisy Belle.” 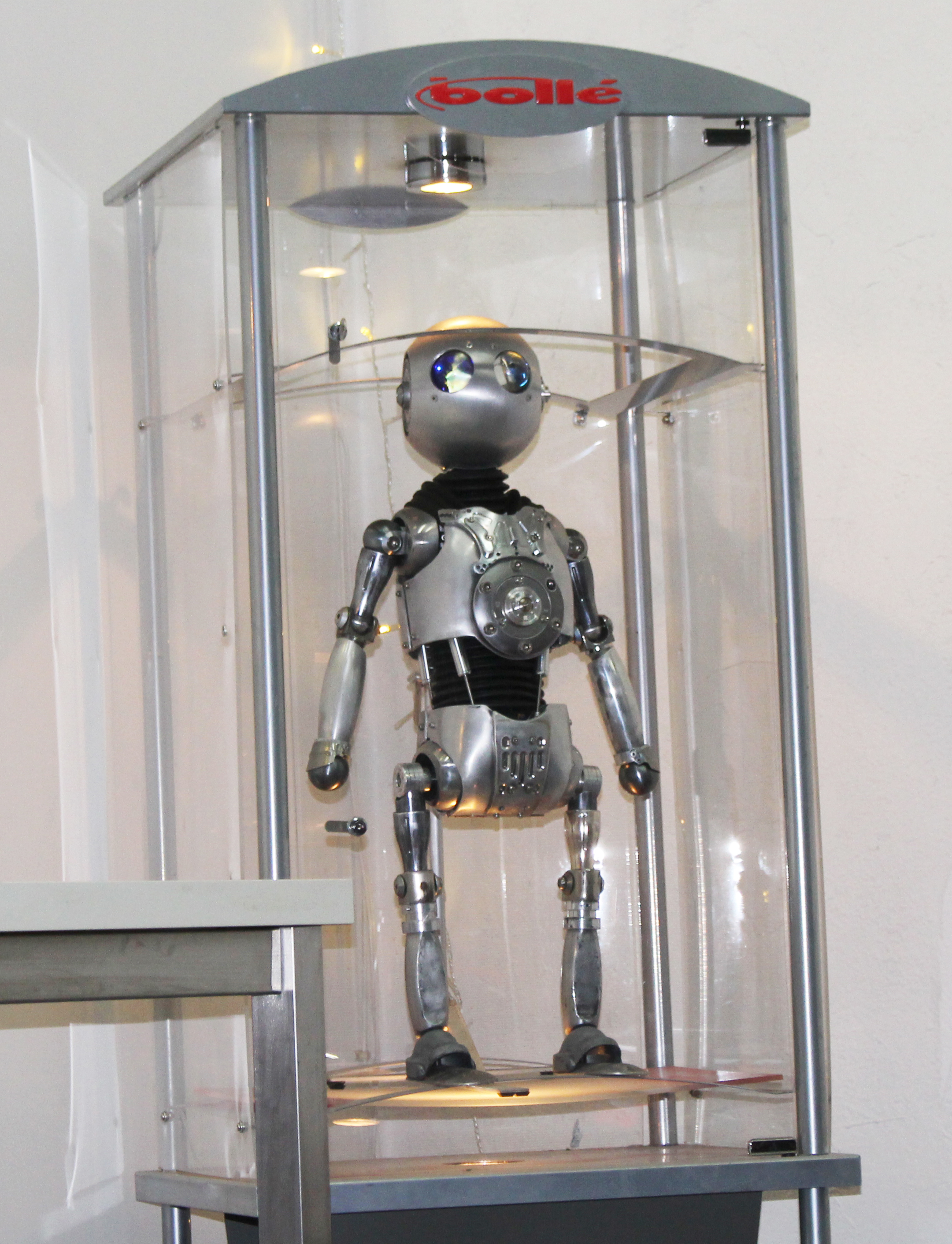 Another of the robots that Wall designed.