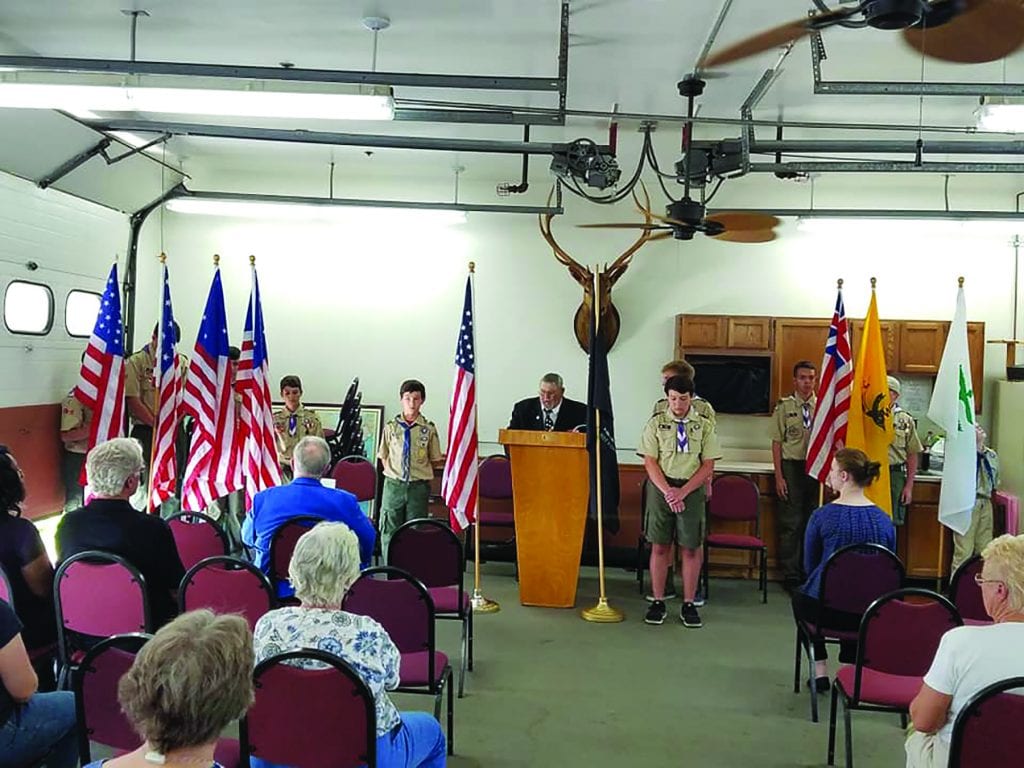 Scouts and the flag. 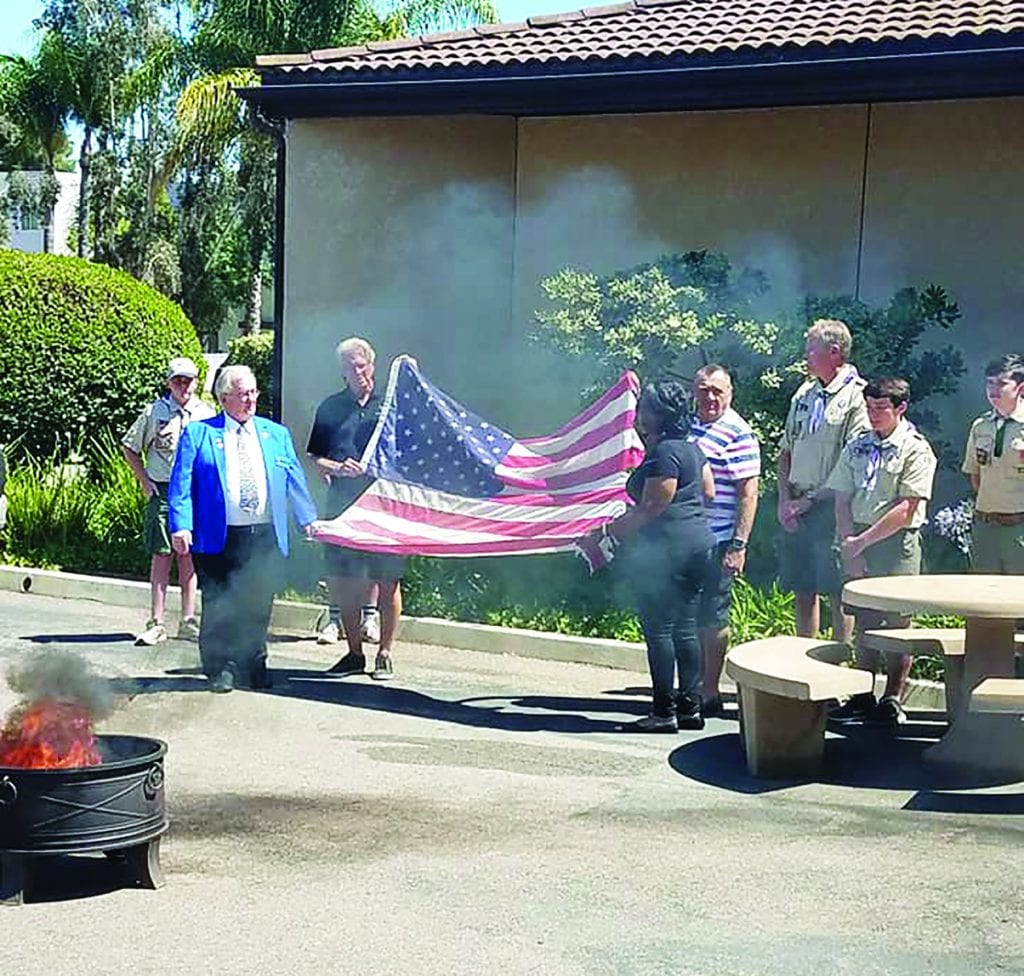 Local Boy Scouts and members of the Benevolent and Protective Order of Elks Lodge No. 1687 of Escondido gathered June 9th to honor the flag of our nation.

Members and officers of BPOE Lodge No. 1687 and members of Boy Scouts of America Troop 669 of Escondido participated in the annual Flag Day Ceremony.  A special guest-speaker and recipient of the 2017 Elks Scholarship, Anastasia Heaton,  also participated in the ceremony.

Following the Flag Day Ceremony, a Flag Retirement Ceremony was performed by Exalted Ruler Randy Moss and members of Boy Scout Troop 669.  4 veterans are shown holding a flag to be retired. 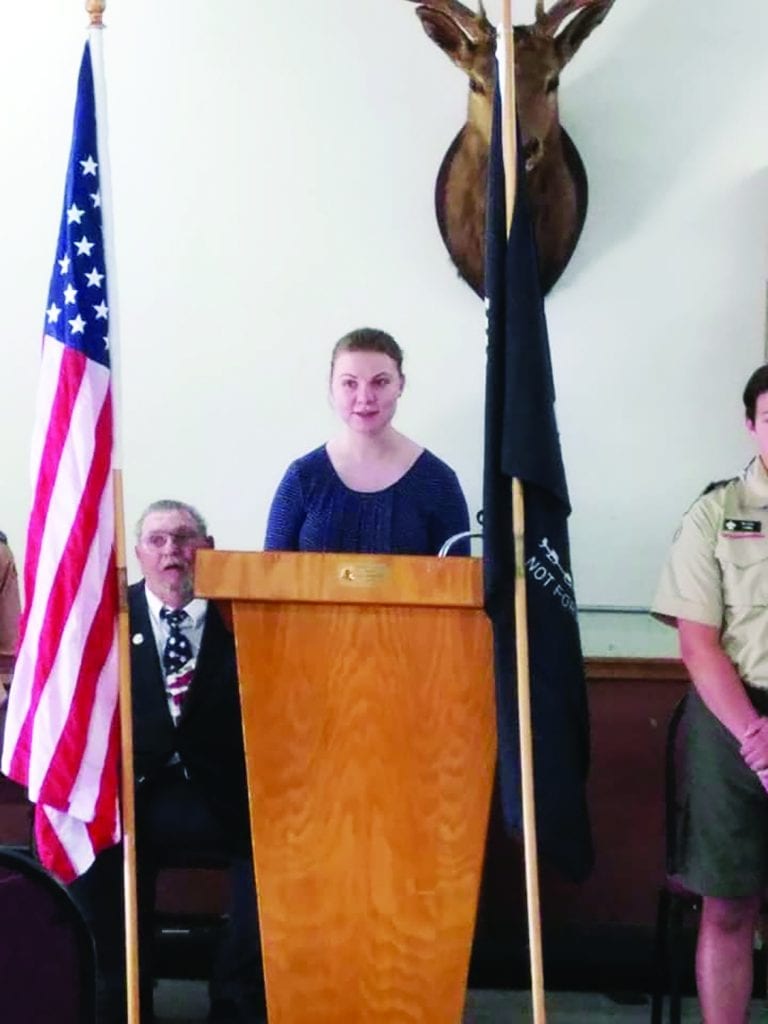