Elizabeth “Betty” Bulen, founder of The Elizabeth Hospice, has died at 98 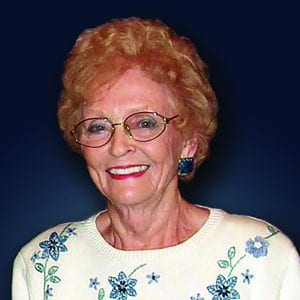 SAN DIEGO, CA – The Founder of San Diego County’s longest-running nonprofit hospice program, Elizabeth “Betty” Bulen, has died. She was 98. It is especially fitting that the compassionate, expert care Betty helped to provide to thousands of terminally ill San Diegans for nearly 40 years, was provided to Betty at the end of her life, through The Elizabeth Hospice”

“Betty was the catalyst for a long tradition of caring for those facing a serious illness. Her aspiration to bring comfort to those nearing their end-of-life journey will live on as her philosophy and desire to help others continues to inspire the team of staff and volunteers here at The Elizabeth Hospice,” said Jan Jones, president and CEO of The Elizabeth Hospice.

In 1978, few knew the word hospice. However, Betty, a registered nurse, held a vision of what this philosophy of care could mean to her community. She invited three of her friends: Betty “Elizabeth” Benz, Ann Elizabeth Warren and Kay “Elizabeth” Austin to work with her in establishing an organization of compassionate volunteers, devoted to offering care to the terminally ill and their families. That organization is The Elizabeth Hospice, which shares the name of all the founders.
As a nurse, Betty had a concern about the quality of life for those nearing the end of their journey. She wanted to bring comfort to those most in need, not only by providing medical care, but also by providing emotional and spiritual support.
Betty was fully aware of the challenges that lay ahead in the establishment of the first hospice in North San Diego County. In 1978, Betty shared with a local news reporter, “I think the main reason hospices have not been that popular in the United States is that Americans have an unhealthy attitude toward death. As the late English historian Arnold Toynbee said, ‘Americans consider death to be un-American.’”

Taking on challenges was nothing new to Betty.  She spent time as an Army nurse in the Philippines during World War II, later married an Air Force surgeon and raised five children. Betty received the United Way Silver Bowl award in recognition of her faithful dedication to making her hospice dream a reality. This was followed in 1995 by national recognition for Betty when she was named the National Hospice Organization’s Volunteers Are the Foundation of Hospice Award.

To strengthen her hospice vision, Betty and Ms. Benz paid a visit to the St. Christopher and St. Barnabas hospices in London. Inspired, they came home to organize the first agency meeting and develop an inaugural board of directors. In less than a year, 20 hospice volunteers were meeting the special needs of eight terminally ill patients in North San Diego County. The Elizabeth Hospice was incorporated in August 1978 and opened its first office –  a small house on Kalmia St. in Escondido with six staff members, in 1979.

The Elizabeth Hospice was only one of 59 hospice care programs operating in the United States back in 1978. Today, The Elizabeth Hospice is the largest community-based nonprofit program in the region with more than 350 paid staff and 400 dedicated volunteers, caring for patients and their families throughout San Diego County and the Inland Empire.

The Elizabeth Hospice is proud to continue Betty’s legacy in caring for terminally ill adults and children in our community. “We encourage people to live, really live, before they die. People think that hospice is about dying, but it’s really about celebrating life.”

Information regarding the memorial service and celebration of life for Betty will be announced as details become available.