Elfin Forest/Harmony Grove sue Board of Supervisors over allowing development 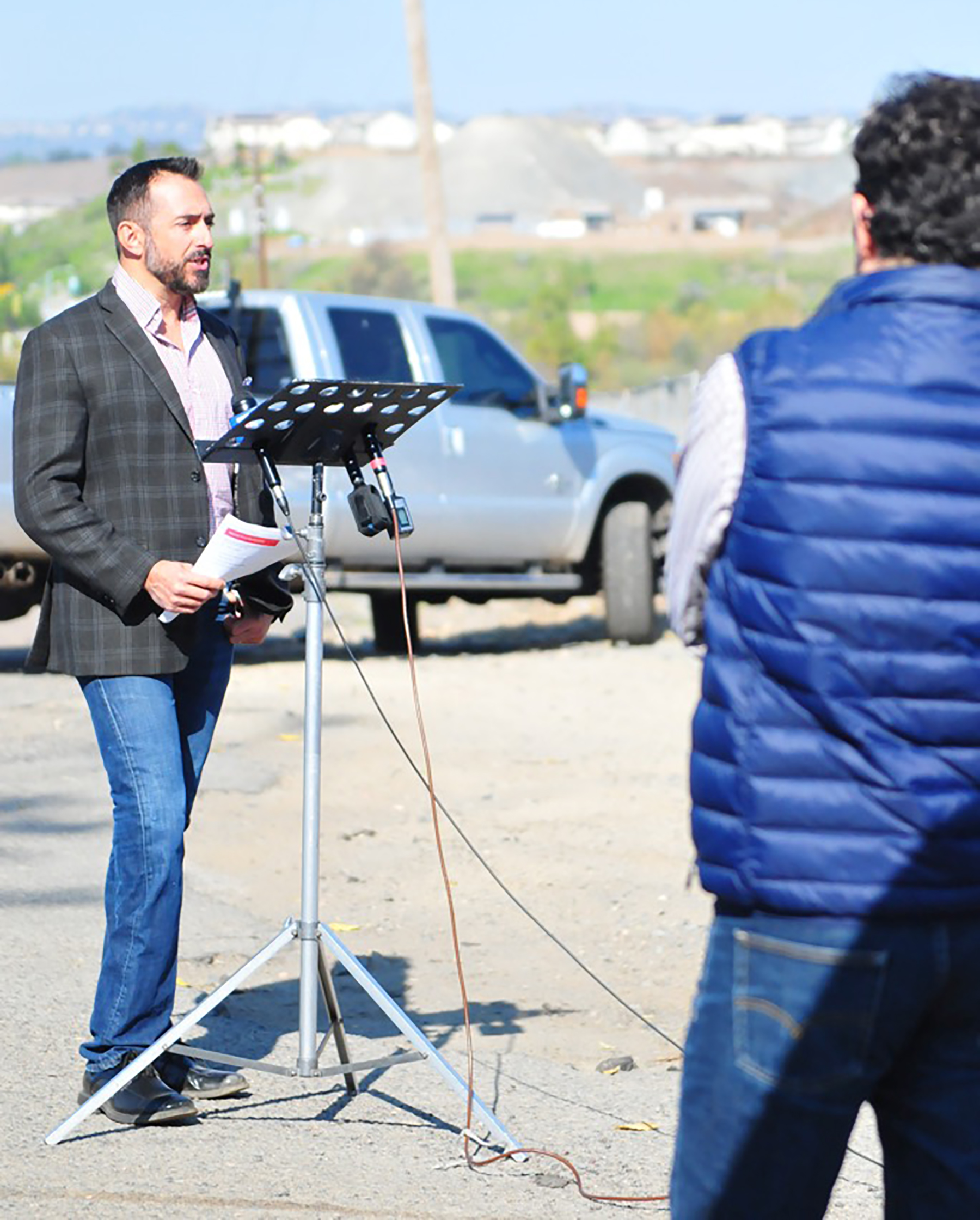 JP Theberge, chairman of the Elfin Forest Harmony Grove Town Council, speaking at Tuesday’s press conference announcing the council’s lawsuit against the Board of Supervisors.

Citing the risks of wildfire and limited evacuation routes, The Town Council of Elfin Forest Harmony Grove has announced it is suing the San Diego County Board of Supervisors for amending the General Plan to approve more housing developments with what the council calls, “unsafe evacuation plans.”

According to the lawsuit, “The proposed Harmony Grove Village South development has a staged evacuation plan for fire emergencies, which is the same type of plan that was used in the recent Paradise fire. These developments would also significantly increase housing densities in a non-urban area.”

According to the plaintiffs, “There have been 19 wildfires since 1980 within three miles of the Elfin Forest Harmony Grove valley, with numerous houses lost and at least one death. The County has approved a proposal to allow an additional 800 homes in this area, with the use of staged evacuations on the two-lane road needed for evacuation.”

In a press release on Tuesday, the group declared, “The recent fires in Paradise and Malibu are a clear warning sign that we need to rethink the way we build homes in the wildland-urban interface. The housing development proposed for Harmony Grove Village South puts residents directly in harm’s way. Just like the situation in Paradise, there are very limited routes out, so fast evacuations in a fire emergency are not a realistic plan.”

The press released concluded, “The people of San Diego want safe, well-planned, affordable housing. The Harmony Grove Village South and Valiano proposals are the opposite of those things. We urge the Board of Supervisors to prioritize public health and safety over developer profits. We could avoid a future tragedy on the magnitude of what happened in Paradise, by making better decisions today.”