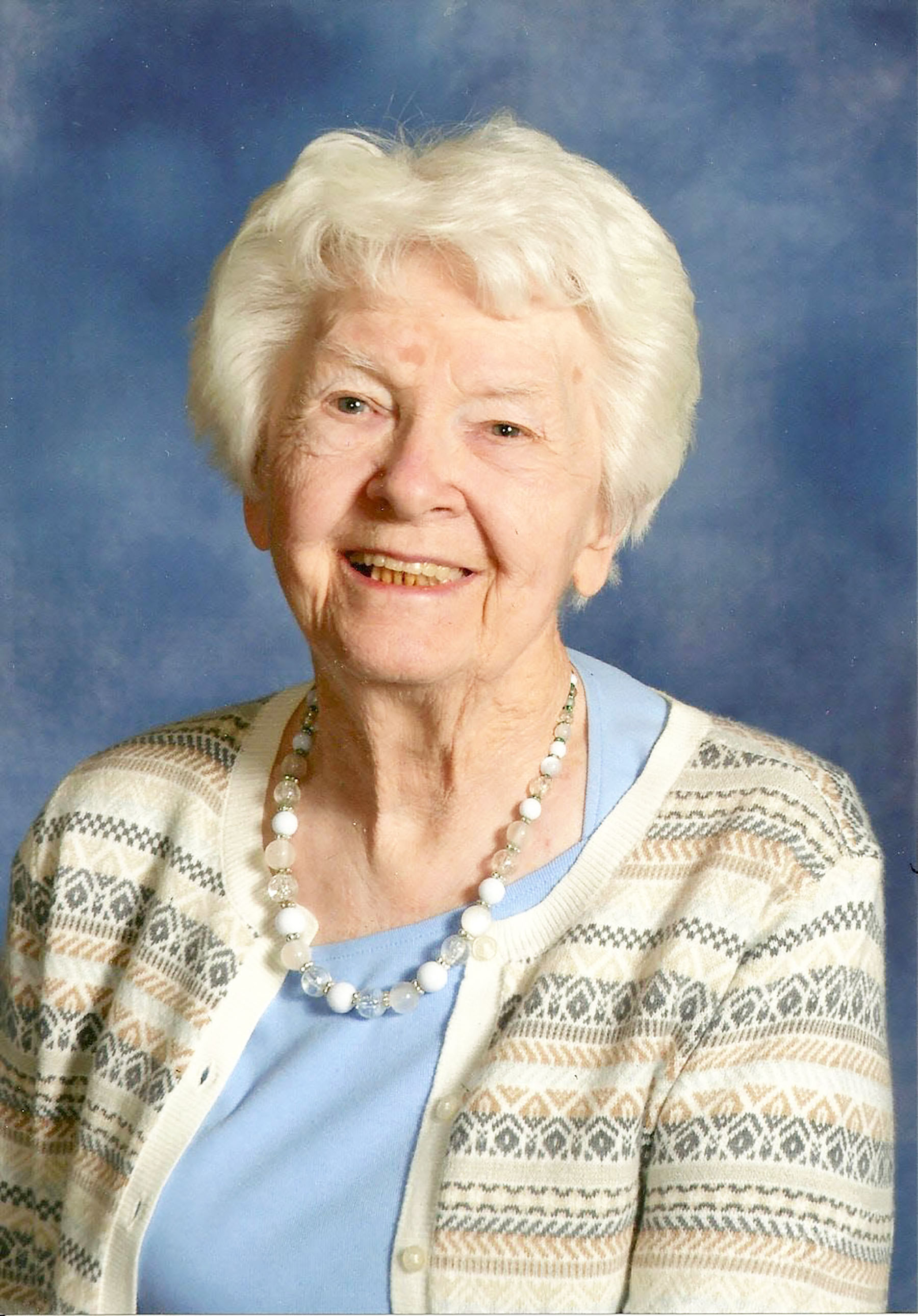 Eileen married Bill Visser on February 11, 1948, and she worked as a bank teller until their first son Rick (EHS 1970) was born in 1951.   Her second son, Brian (EHS 1974) was born in 1956, and her daughter Sheri (EHS 1978) was born in 1960.   Bill and Eileen Visser moved from Bellflower to Escondido in 1958, and they built a modern home where they would raise their children, and host a multitude of events, dinners, gatherings, and overnight guests.

Mrs. Visser was a seamstress with great passion.   She always had a sewing room that was full of projects for family and friends.   She generously sewed many formals, bride maids’ dresses, and wedding gowns for any who sought her out. She and her family were long time members of Emmanuel Faith Community Church in Escondido.

In 1981 the couple moved to Eagle, Idaho.  Their son Rick had led the way north a few years earlier, and  the rest of the family  followed in 1981. Mr. Visser’s life was robbed away by early onset of Alzheimer’s Disease, and he passed away at 67 years of age in 1992.

Mrs. Visser will be missed here on this earth, but she has since been welcomed by her Savior in heaven, and we look forward to seeing her again with eyes that see, hands that work, and lungs that can breathe freely.

At the time of her passing, Mrs. Visser was a member of Eagle Christian Church in Eagle, Idaho. She is survived by her three children: Rick (wife Julie), Brian (wife Monica), and Sheri (husband Greg Foulk).  She is also survived by seven grandchildren and nine great grandchildren.  All of her family lives near Eagle, Idaho.

“We are confident and would prefer to be away from the body and at home with the Lord.” II Corinthians