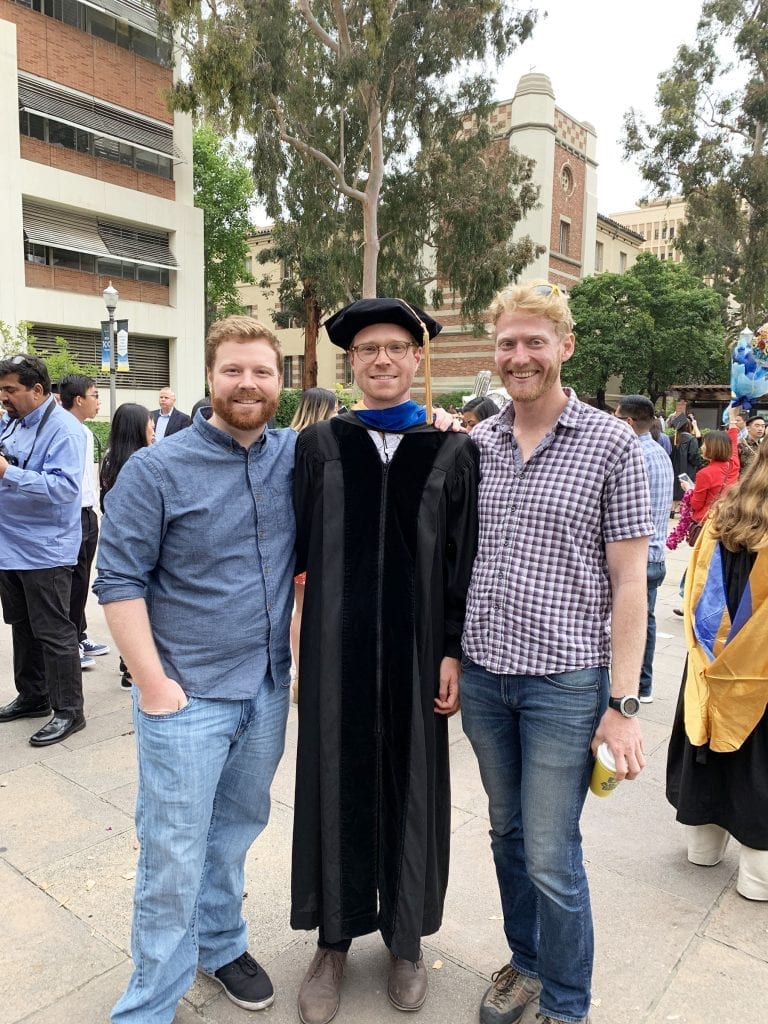 Tyler Arant, 2008 graduate of Escondido High School, received his Doctor of Philosophy in Mathematics from UCLA on Thursday, June 13, 2019.  His Ph.D followed a Bachelor’s in Mathematics from Cal Berkeley in 2012.  He will be teaching classes at UCLA this Summer and Fall.   Prior to his graduation he received an outstanding teaching award from the UCLA Department of Mathematics.   He followed the academic footsteps of his brothers Ryan Arant, EHS, 2001 and Ph.D on Neuro Biology, 2012, from Cal Berkeley, and Gary Arant II, EHS, 2005 and CSU San Marcos, Human Development, 2010.