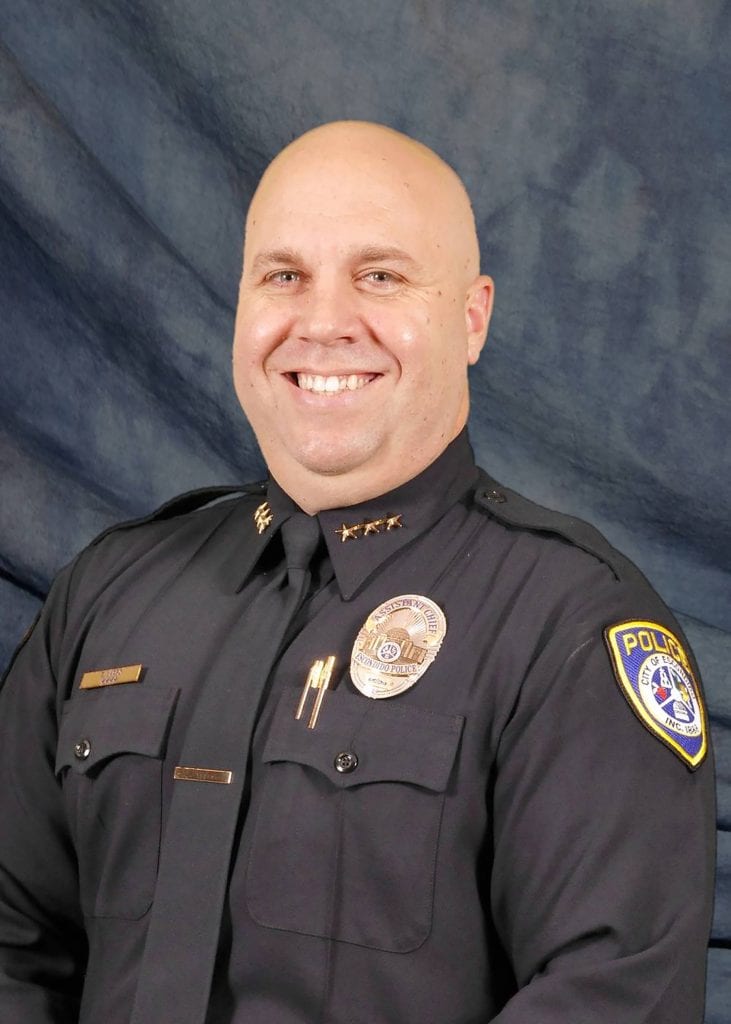 On Friday morning, City Manager Jeffrey Epp sent this note out to city employees announcing the appointment: “I am honored to let all of you know that I have appointed Ed Varso to serve as the next Escondido Chief of Police, effective January 1, 2020.  Mr. Varso was a key player assigned by the Police Department to support my efforts when I first took over as City Manager in March of 2017. In that role, and later upon his return to the Department, I saw a no-nonsense, insightful, respectful, caring, and very intelligent individual who has since earned my respect and confidence.”

He added, “He has great support within the Police Department and among the entire Department Head team.  He is both experienced and well-rounded.  He has an awesome family and is dedicated to our community.  He will make a fine Chief of Police.”

Epp told The Times-Advocate, “As Chief Carter has announced his retirement, we’ve all observed what a great job he has done with the Department.  He’s put Escondido’s Police Department on the course to success and excellence.   Ed Varso will continue that trajectory.”

Varso knows the workings of the Escondido Police Department thoroughly, since he has worked in nearly every division within the Department: managing the Special Investigations Division, Traffic Division, and the Emergency Negotiations Team.  He also served as the department’s Public Information Officer.

Most recently, he managed the Services Bureau with oversight of the Police and Fire Communication Center, the Backgrounds and Training Unit, Property and Evidence, Records Division, and Business Division.

Varso has a reputation for being a dynamic leader with strong strategic management abilities.  In 2017, he accepted a temporary special assignment within the Escondido City Manager’s Office to assist in addressing public safety, homelessness, and code enforcement issues.

Varso recently re-located to Escondido, but has kept very close ties to the community throughout his tenure with the City. In particular, he works with at-risk youth, as demonstrated through his volunteer work as an at-risk youth mentor, former chairman of the Escondido Drug Free Communities Coalition, former co-chairman of the Escondido Gang Reduction and Intervention Program, and participation in the San Diego Shop with a Cop program for over fifteen years.

The new chief has a bachelor’s degree in Criminal Justice Administration and a Master of Public Administration degree.  He is a graduate of the 267th Session of the FBI National Academy, and POST (Peace Officers Standards and Training) Supervisory Leadership Institute.   He is married and has three children.

Incoming chief talks about his vision

The Times-Advocate caught up with incoming Chief Ed Varso a few days after the department said goodbye to Chief Craig Carter, the “walkout” where he was able to personally greet many of the people he had worked with for so many years.

The new chief will be sworn in after January 1, probably during a city council meeting.

Varso talked about what he hopes to accomplish in his new job:

“I’ve been here for just about two decades,” he said. “Although I have a lot of experience, I don’t think that means I have all of the answers. There is a lot to be said for speaking to the community, and to our officers. It’s a new opportunity when a new chief comes in, to take an objective look at the operations.”

Varso said he looks forward to the next 30 to 60 days, “Being out in the community a lot. ‘Coffee with the cops’ or in a more formal setting. To hear about what we do well and what we could do better, to start crafting the vision that I have for the police department going forward.” Then, in a few months he will be ready to offer that vision. “I have some perspective and some thoughts currently but right now my focus is on being a really good listener, here in this building and in the community, with the perspective I have.”

Varso has been assistant chief since October, and since that time he has been more active in the community. “I’ve had some great conversations and will continue to do so.”

During the two decades of experience in the police department, the most useful lesson he has had in leadership, has been, “taking the time to listen,” he says. “When we are in high ranking positions it becomes easy to spend more time speaking and less time listening. While it is important as a leader to share my perspective, it is also important to understand other peoples’ perspective. And the relationship between the department and the residents. Taking the time to hear what peopple have to say.”

He also agrees with the outgoing chief’s advice to “stay grounded.” “It’s a very serious job, but at the end of the day you just have to be who you are. We are all people. I care deeply about this community and police department. I look forward to sharing how much I care and how much this department cares about the safety of this community.”