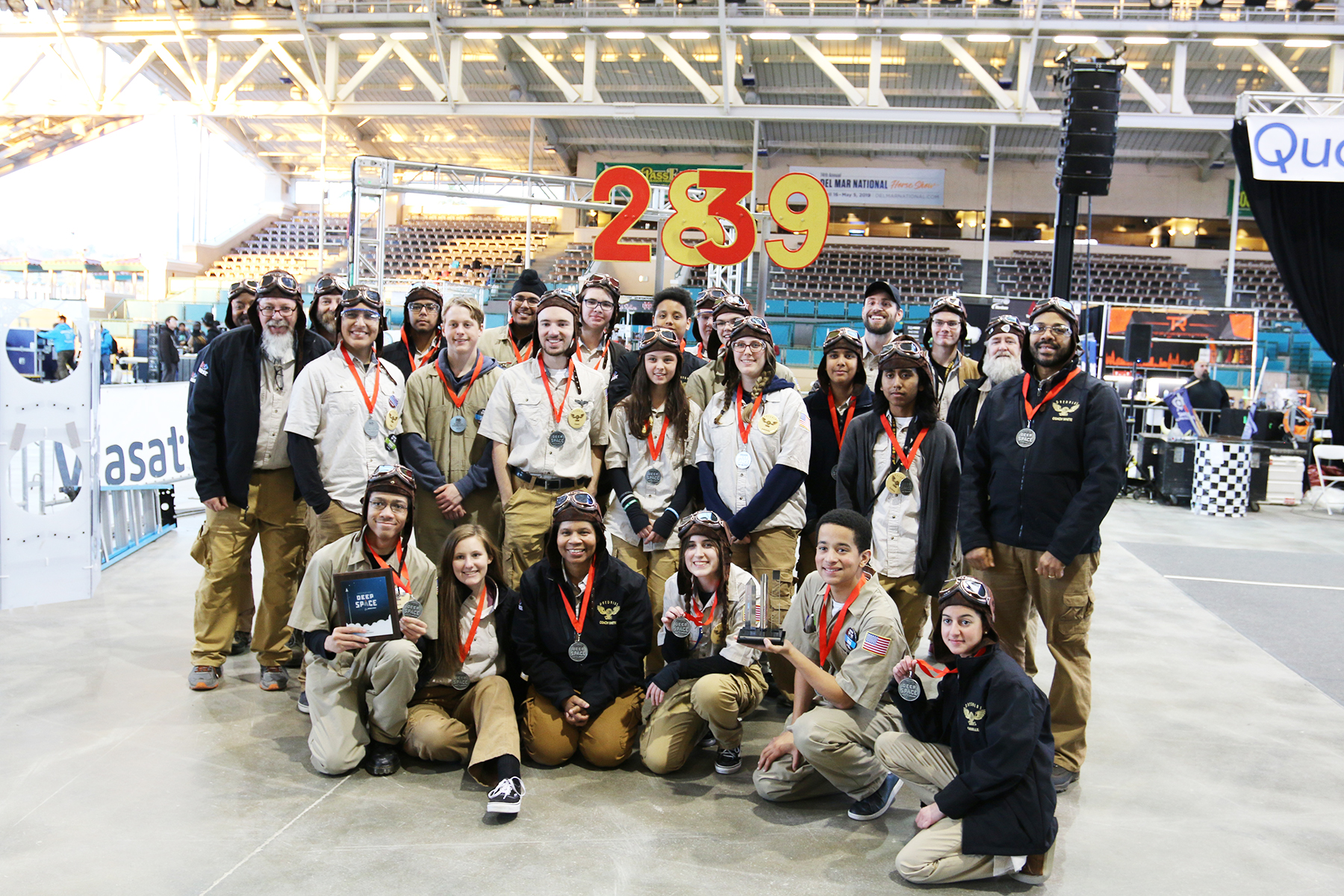 Group shot of the Escondido Charter High School’s robotics team Daedalus, which is headed to the world championship in Houston.

The team battled through eleven seed rounds to end up ranked seventh overall. During the final alliance selection, Daedalus became the captain of the sixth alliance and chose two great teams to go with them into the double elimination rounds.

In the finals, Daedalus and their alliance partners squared off against the High-Rollers from Las Vegas, along with their alliance partners the Millennium Falcons, from Torrey Pines High School, and the Nomads, a community team from Escondido. The competition was intense, with hard defense being played at both ends of the field. The first round went to the High-Rollers, but the second round went to Daedalus. In a tie-breaker, the High-Rollers ultimately prevailed, but because the top two teams on the winning alliance had previously secured a spot in the World Championship, the ECHS and SMHS robotics teams were able to secure wild-card positions.

The FIRST Robotics Competition is celebrating its 30th anniversary this year. FIRST (which stands for For Inspiration and Recognition of Science and Technology) was founded by the late Dean Kamen (inventor of the Segway) as a way to get students excited about technology. Every year, they introduce a new challenge, and teams have six weeks to design, build, and program a robot to perform several different functions.

This year, on the 50th anniversary of the Apollo 11 moon landing, the theme was “Deep Space.” The game was played on a 27’ x 54’ field with cargo ships and rocket ships waiting to be filled with cargo. Teams had to secure the hatch with a disc-shaped hatch cover and place cargo (13-inch inflated rubber balls) into the cargo hold. In the final seconds, teams climbed into their “habitat” at three different levels. The Daedalus robot was able to ascend to to the third level in all twelve games it played on Saturday 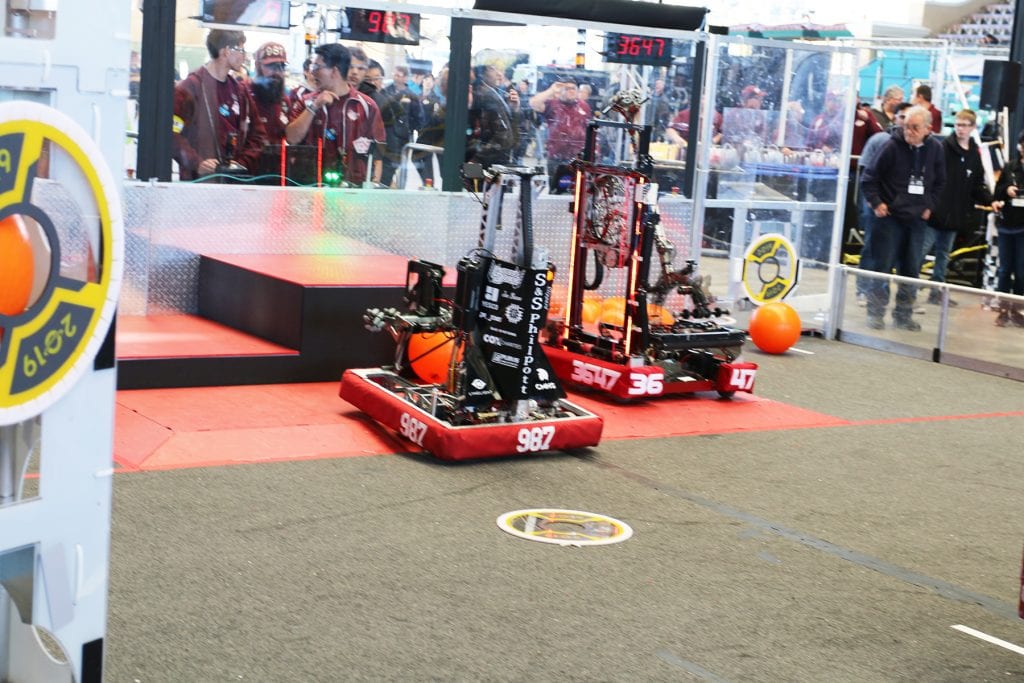 Robots competing in the found round. 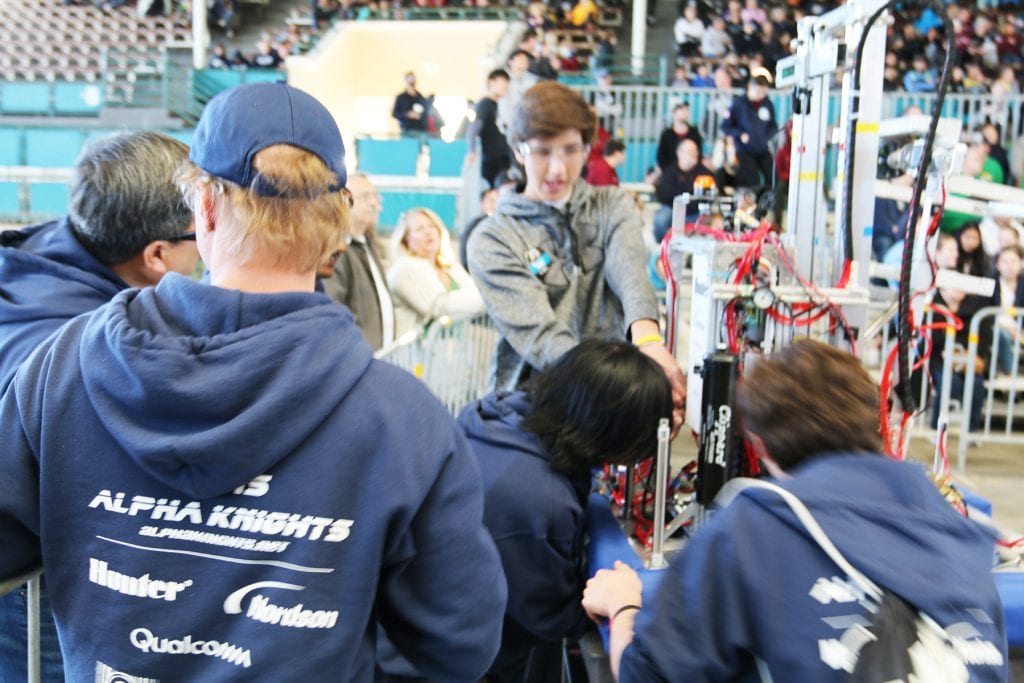 Students at their pits. 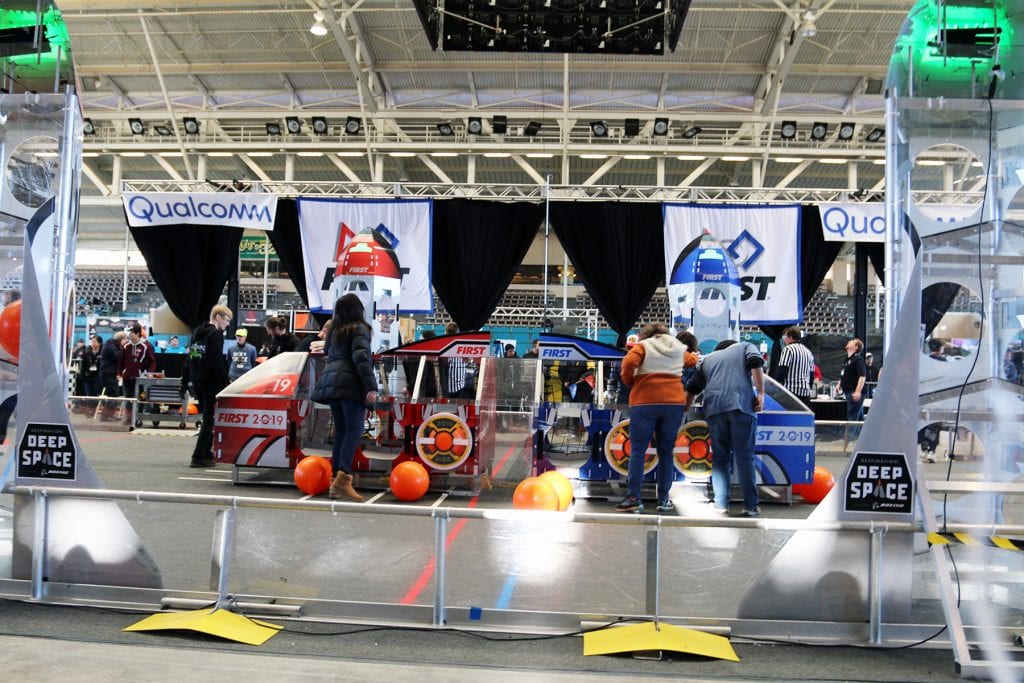 This year, on the 50th anniversary of the Apollo 11 moon landing, the theme of the robotics competition was “Deep Space.” 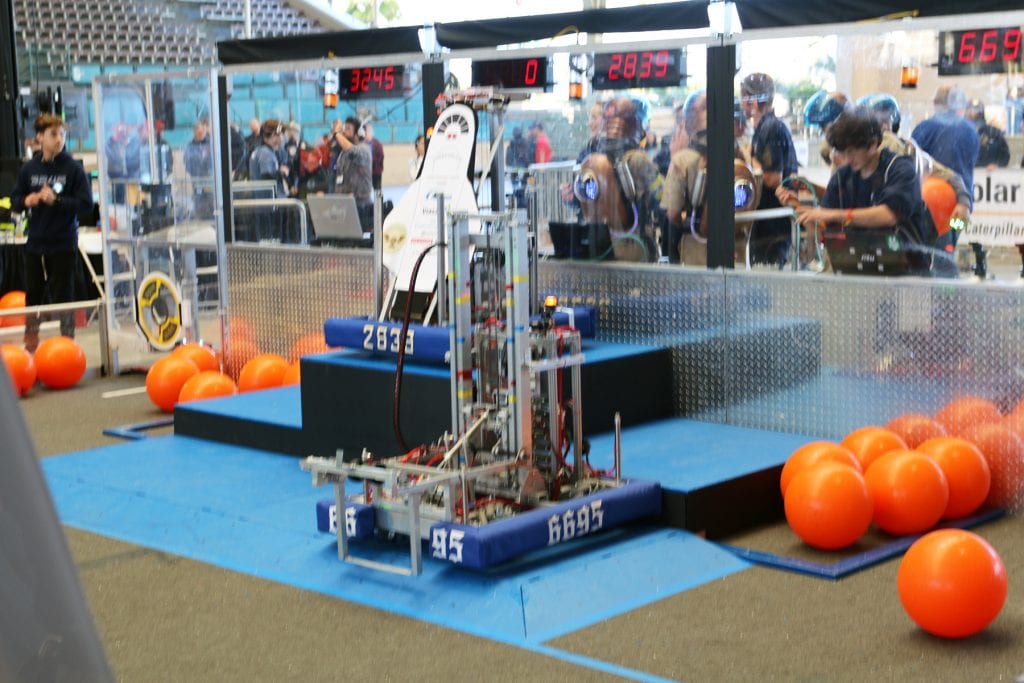 The game was played on a 27’ x 54’ field with cargo ships and rocket ships waiting to be filled with cargo, 13-inch inflated rubber balls. 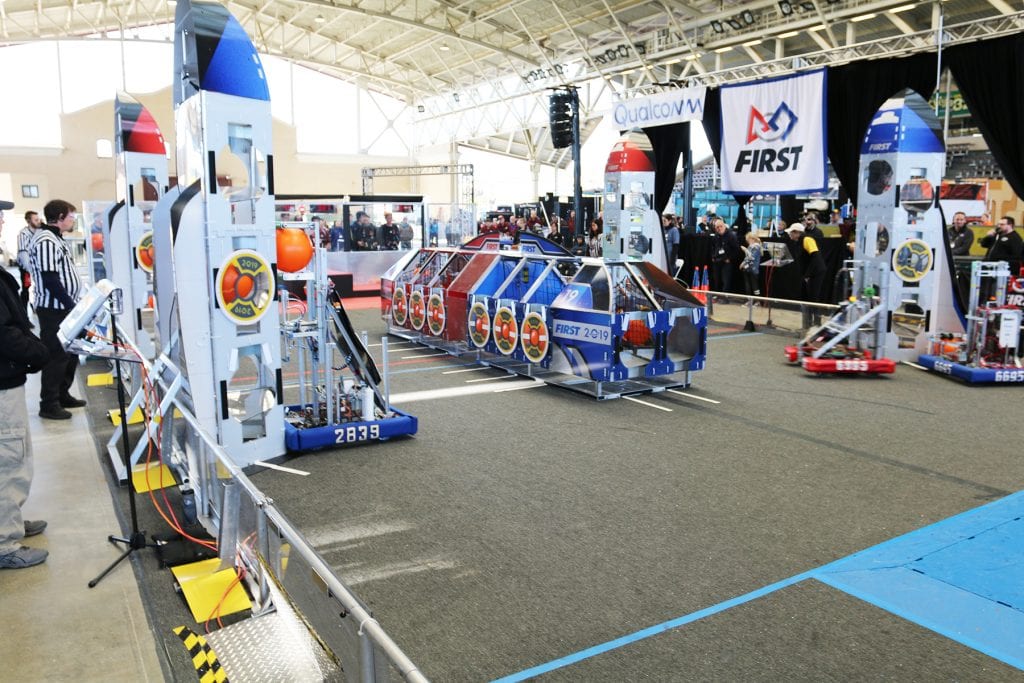 The final match of the FIRST Robotics Competition between Daedalus and the High-Rollers. The ECHS team is on the left. 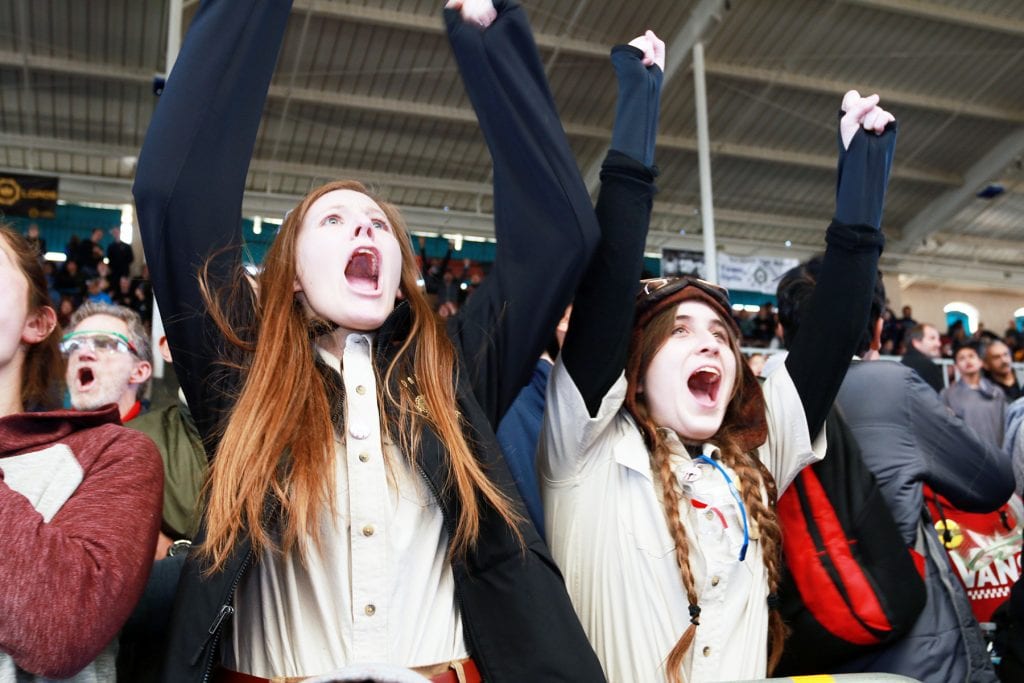