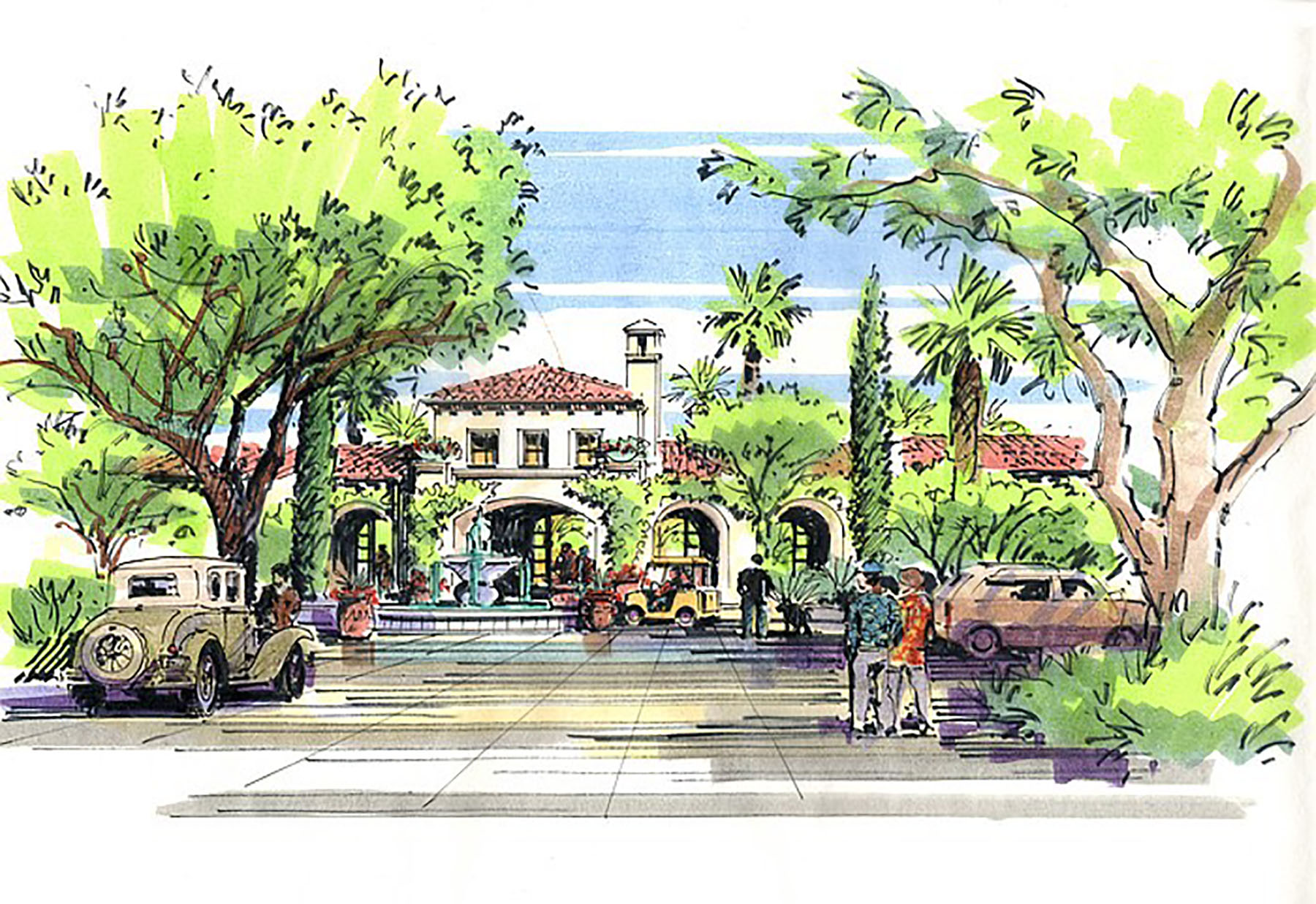 The Great War only lasted four years. World War II clocked in at six years. The war between the residents of the Escondido Country Club and developer Michael Schlesinger —and then New Urban West Inc., which took over development of that property from Beverly Hills based developer—also lasted about six years. It ended this week with an announced settlement.

This agreement comes about a year and a half after the Escondido City Council voted 3-2 to approve of the New Urban West Inc. Country Club “Villages” project. The project includes 380 dwelling, 192 single-family lots & 30 condominium lots with 188 detached and attached condos on 109 acres  on the now defunct former Escondido Country Club golf course.

A Short History of a Long Battle

The settlement may write the final chapter of a long and acrimonious battle between the residents of the Country Club area that started when Beverly Hills developer Michael Schlesinger of “Stuck in the Rough” purchased the 110 acre property in 2012 at fire sale prices in a foreclosure sale.

Soon after he closed the golf course Schlesinger began talking about developing the property.  The Country Club residents objected because, over the years, they had been assured that the golf course was safe from development.

Schlesinger and the residents of the Country Club area never hit it off. He started off with a proposal for 600 homes, which got their collective backs up. Things went downhill from there. The Beverly Hills-based developer in April 2014 began a charm offensive that included dumping a large pile of chicken manure on the old course across the street from a home owner with asthma—and allowing the wafting aroma to do his talking for him.

A Schlesinger-backed citywide ballot measure, Proposition H, failed in November 2014 by a large margin.  It had proposed 430 homes. After the defeat Schlesinger ramped back his proposal to  270 single family homes on the former course.

The city council followed up on this defeat of the developer by voting to zone the land for open space. Schlesinger sued, alleging that the city’s action amounted to an unconstitutional “taking.”

March 13, 2015 Judge Earl H. Maas III ruled that the city erred by putting the 110-acres of the Escondido Country Club into open space. His main problem with the amendment to the General Plan was that it was obviously aimed at one and only one person and that it discriminated against Schlesinger’s Stuck in the Rough by designating the land as an “open-space park.”

In September 2015, Schlesinger paid the San Diego Air Pollution Control District a $100,000 fine for dumping five tons of chicken manure in April 2014, without admitting to any wrongdoing.

After NUWI took over the project in November 2016 it submitted a plan to the City of Escondido for 392 homes. According to Schlesinger’s agreement with the city that brought in NUWI he was to have no input on the development. He retained the right to turn down the purchase price that NUWI was willing to pay him.

A rump group of Country Club owners who considered the NUWI proposal fair, organized and called their group Renewal of the Country Club (ROCC.) It was never entirely clear to the press what percentage of ECC owners they represented—although they always claimed it was a “growing number” and a substantial percentage of the ownership.

November 22, 2017, “Black Friday,” a few weeks after the 3-2 council vote, the old Country Club building caught fire in a symbolic blaze that highlighted the future of the property in stark terms as a column of black smoke rose into the air. The evidence pointed to the likelihood that the fire was started accidentally by vagrants who had been staying in the building.

In December 2017 ECCHO filed suit against the city over its vote approving the Villages project. The homeowners’ lawsuit alleged: “(1) City Council failure to submit the Villages Specific Plan to a public vote as required by Proposition S; (2) City Council approval of a project that violates zoning, density and neighborhood compatibility requirements of the General Plan and (3) City Council approval of a seriously defective Environmental Impact Report. In its rush to approve the seriously flawed Villages project, the City Council failed to consider the more reasonable ECCHO plan for development of 158 homes on the Country Club property.”

June 13, 2018 Schlesinger filed a $100 million lawsuit against ECCHO, threatening to sue them individually for civil and criminal claims unless the ECCHO petition appealing approval of the Villages project was immediately dismissed. but quickly dropped it after he was presented with an “anti-SLAPP” motion.

SLAPP is an acronym for “strategic lawsuit against public participation.” It is a California statute that provides for a special motion to strike a complaint that arises from activity exercising the rights of petition and free speech. In withdrawing his lawsuit,  Schlesinger agreed to pay attorney fees for the ECCHO board.

In November of 2018, a Vista Superior Court judge Roland Frazier ruled for the City of Escondido and dismissed the case. ECCHO appealed. NUWI was somewhat held hostage by the lawsuits since its agreement with Schlesinger was that it would only begin building once all lawsuits were settled or dropped.

In January of 2019 NUWI offered to reimburse those who had donated to Escondido Country Club Homeowners Organization (ECCHO) if ECCHO dropped its appeal of Frazier’s ruling.

The organizations released the following joint statements this week:

NEW URBAN WEST:  “We are pleased to have reached an agreement with ECCHO that makes the organization and its members financially whole, ends all litigation, and allows the long-awaited revitalization of the Escondido Country Club to proceed.

“The revitalization plan, which was approved by the Escondido City Council in 2017, will deliver 380 homes to help alleviate the region’s housing crisis, four miles of trails that will wind through the community, 48 acres of preserved open space, and a new clubhouse with a restaurant and bar, as well as a separate pool area and workout facility.

Fortunately, for everyone, this long saga is now over. The blight will soon be cleared, property values will benefit, and the people of this community can begin to heal and come together.

ECCHO: “Over the past six years, our community has endured great pain, stress and uncertainty. Today, that all ends. The agreement we have forged with New Urban West will benefit everyone and close this unfortunate chapter for good. First and foremost, New Urban West has agreed to provide funds that will reimburse ECCHO supporters who have contributed personal funds to ECCHO during the last six years.

“Also, New Urban West has committed to provide existing residents access to parks and trails in the new neighborhoods at no cost to them, and will fully mitigate all traffic impacts caused by the project, including the widening of El Norte Parkway and the installation of two traffic signals at key intersections on Country Club Lane.

“Lastly, New Urban West will assign a community liaison to respond to all inquiries regarding construction, and will provide 5 days’ notice prior to any construction activities, including notification by U.S. Mail to all neighbors living on the former golf course.

“We appreciate these good faith efforts by New Urban West to address our concerns and provide significant community benefits.

“This has been a very difficult time in the history of our beloved community. However, with these major concessions from the developer, we know our neighborhood can move forward with the confidence that our community will be protected and remain the jewel of Escondido.”

Escondido Mayor Paul McNamara told The Times-Advocate: “While I’m happy that a settlement has been reached, I wish that this controversy had been avoided.  I think it serves as a cautionary tale for the city.  As a community, we should and can do a better job of maintaining and protecting the reasonable expectations of its residents, especially those in the Country Club area.” 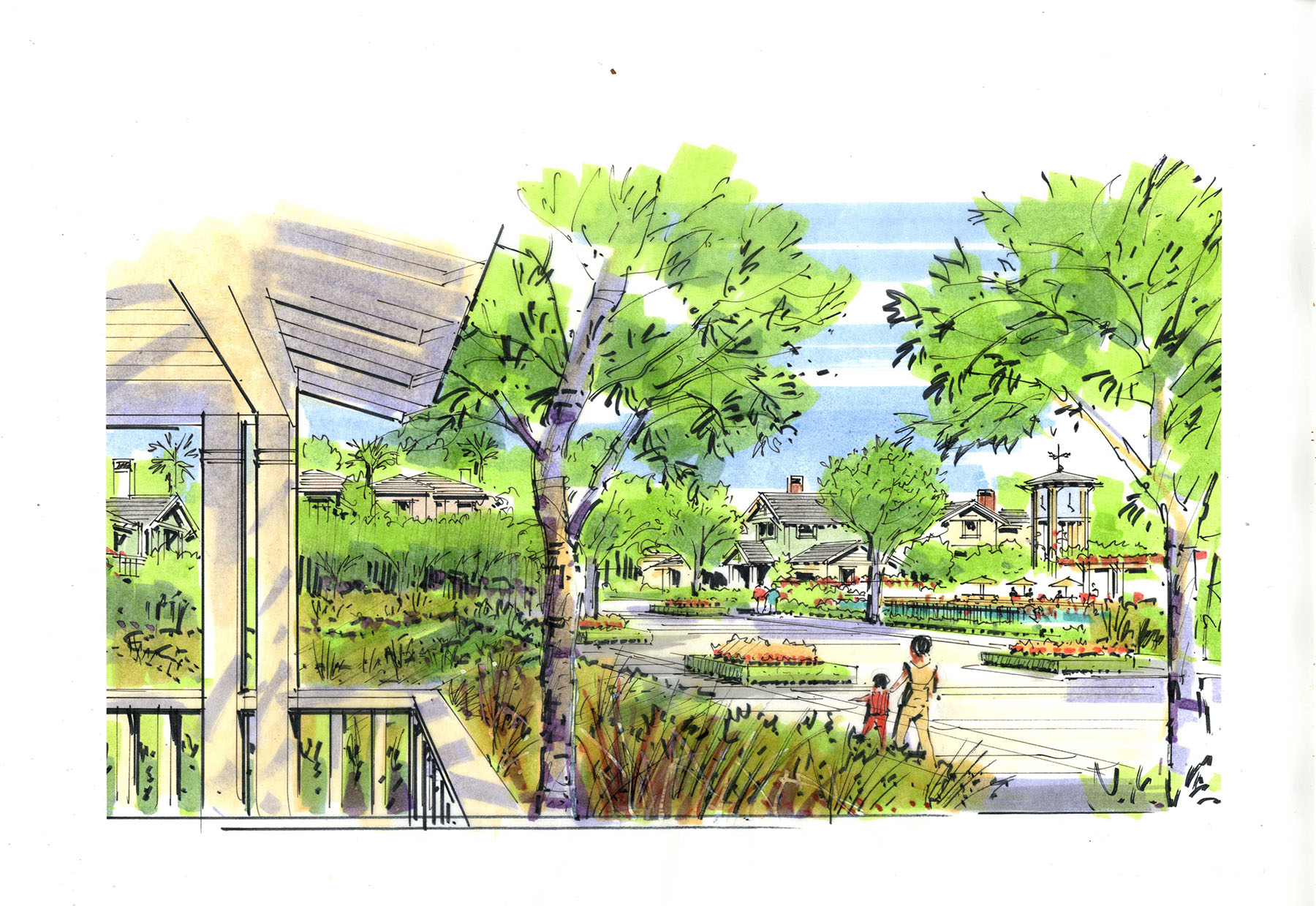 Design conception of the Villages as seen from one of the homes.