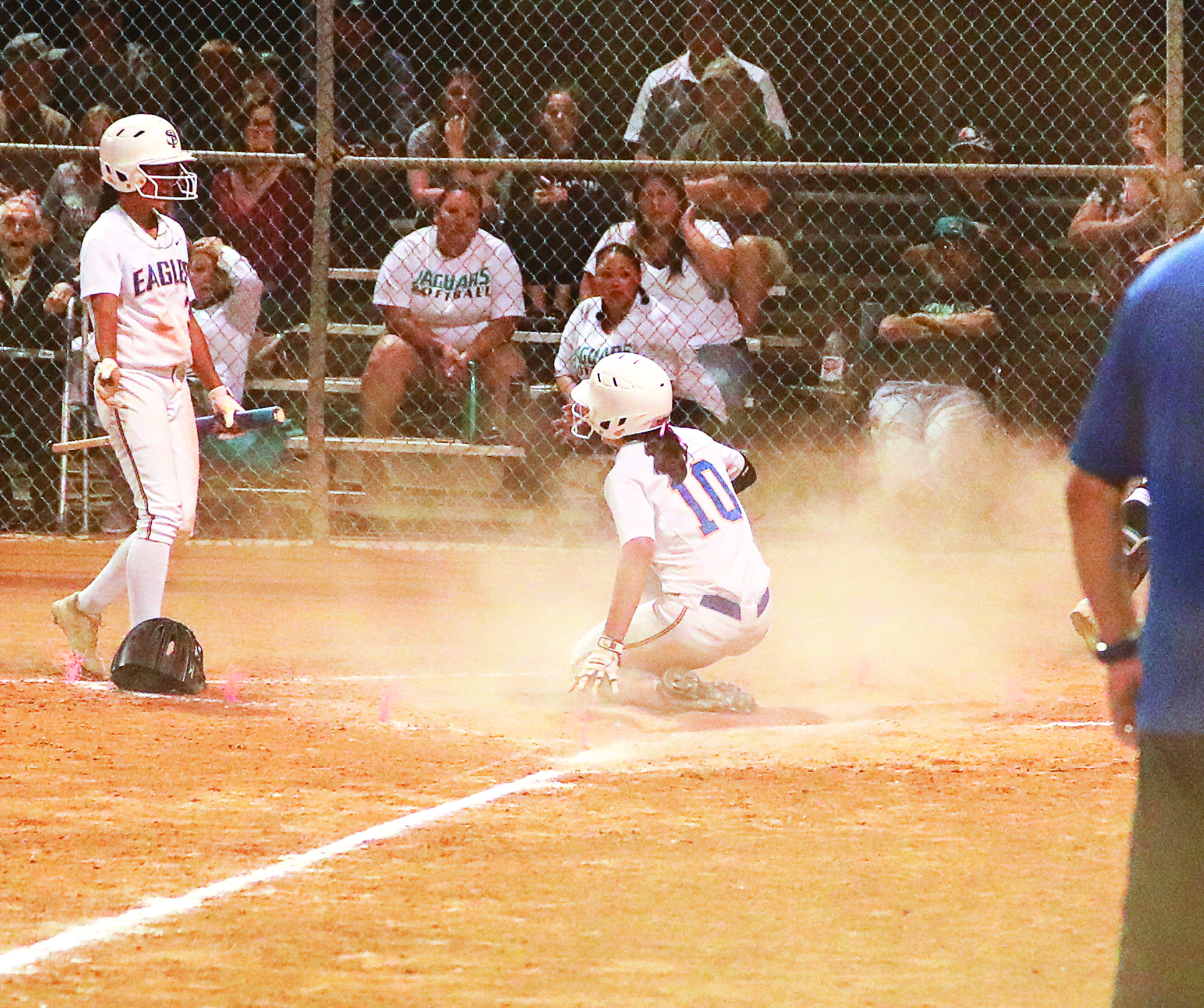 Samara Salaheddine slides home safely amidst a cloud of dust with SP’s only run of the ball game. 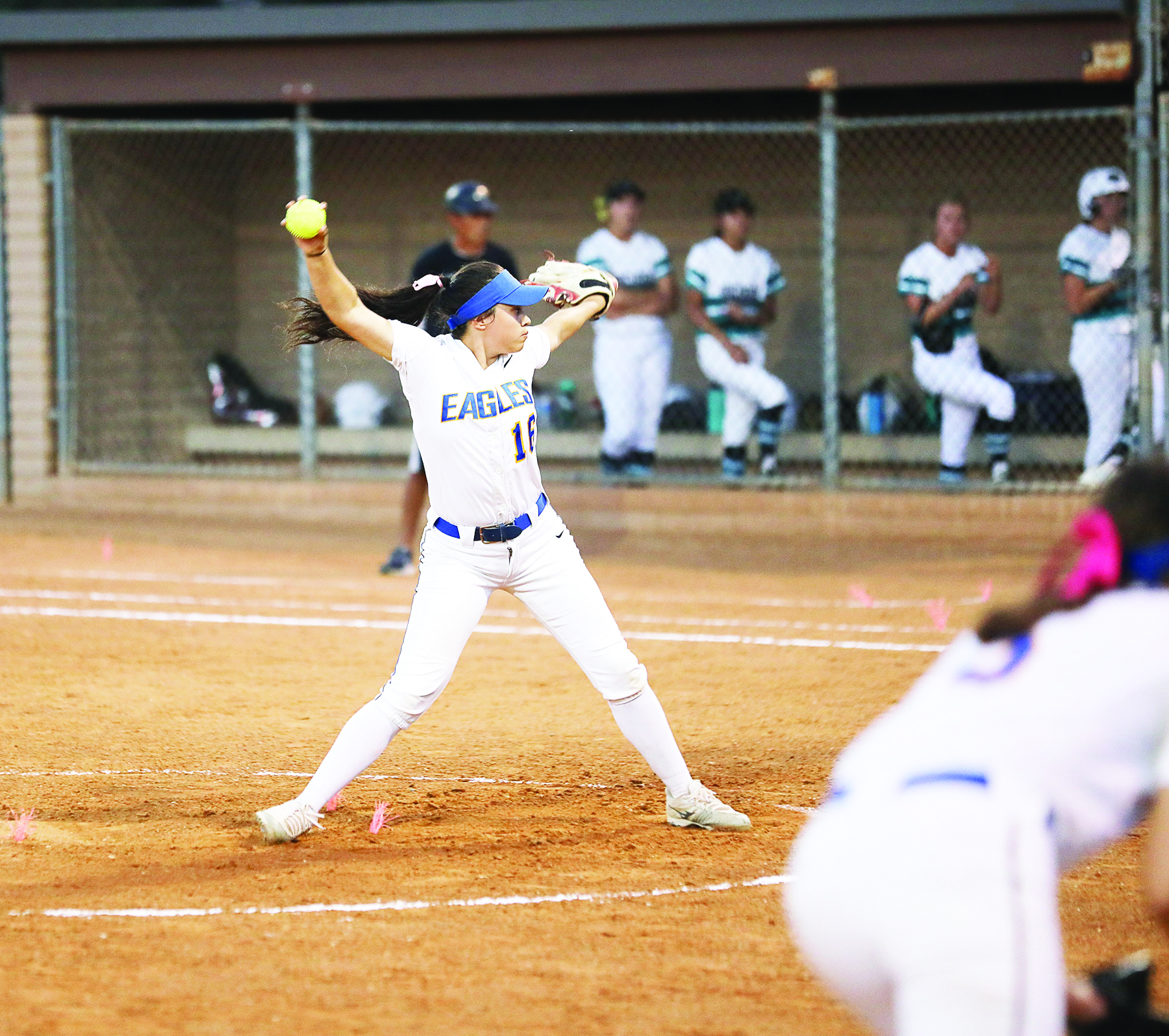 For five innings, G. Eagle starter Raquel Moore was on her game while holding the VC lineup in check. Photos by Lenny Kerbs