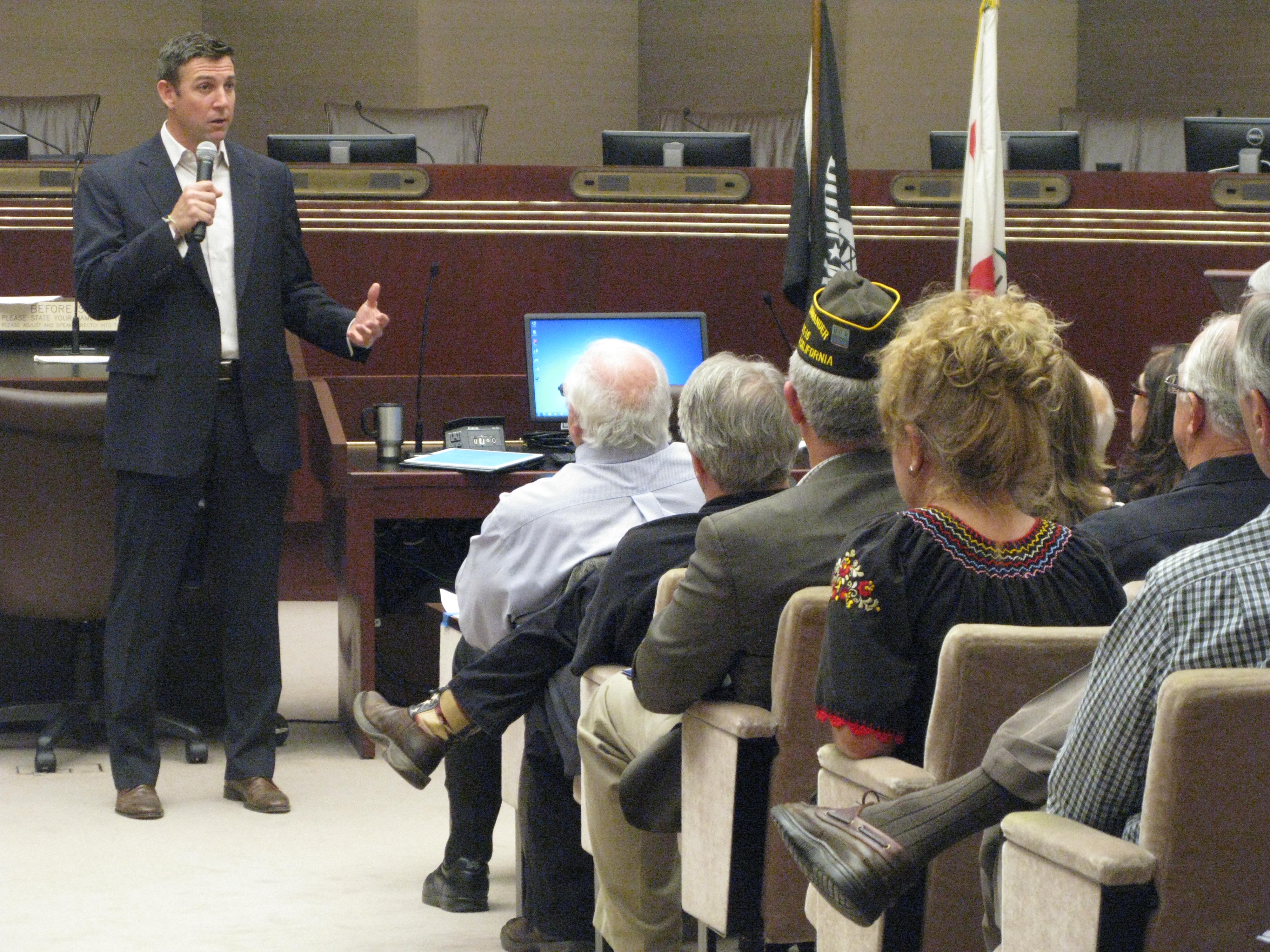 Representing
the conservative, mostly Republican 50th District, Hunter gave a wide
ranging talk on subjects such as immigration, climate change, the
burgeoning federal budget, women in the military, the case of a misused
Green Beret soldier, Obamacare and his choices for president.

He informed and entertained the crowd of more than 100 well-wishers, local politicians and even two Bernie Sanders supporters.

Check out all the details in the next issue of the Times-Advocate.