“We’re just happy to bring comedy back,” declared Alexander James of Drive-Up Comedy, which for several weekends have been bringing professional comedy, local and national comics from as far away as Las Vegas to Escondido’s Kit Carson Park. “It’s a wonderful part of this world.”

It’s like an old-fashioned drive-in movie, with cars parked in a semi-circle in the park’s parking lot, all aimed at the stage where the comedians do their shows.

James is the founder of Drive-up Comedy, whose members describe it as “a passion project from a group of Southern California comedians who saw an opportunity to bring back stand-up comedy during times of social distancing and closed businesses.”

James is a comic. “The project was started by me,” he told The Times-Advocate. The COVID pandemic was devastating comics by shutting down all the comedy clubs where they could perform. “You need open mics to practice your craft,” he said. “When the clubs closed, we began doing parking lot open mics.”

They had both local comics and performers from Las Vegas. They started doing drive-up performances on weekends in Los Angeles and San Diego.

“We said, ‘Why not try to do ticketed shows? There must be a way to do it outdoors.’ ”  They did their first ticketed shows in Escondido six weeks ago. “We worked with the city to get permits. We know how to do it safely, using an FM transmitter and a PA. You can see the comics and we transmit them over FM.”

Every Friday they do an open mic in San Diego.

That first performance was a hit with the comics Neel Nanda and Adam Ferrara.

James said they get around 120 cars on average for each show.

Cost is $40 a car.  Occasionally they tack on an extra $5 to raise money for a good cause. Last time it was the Boys & Girls Club. 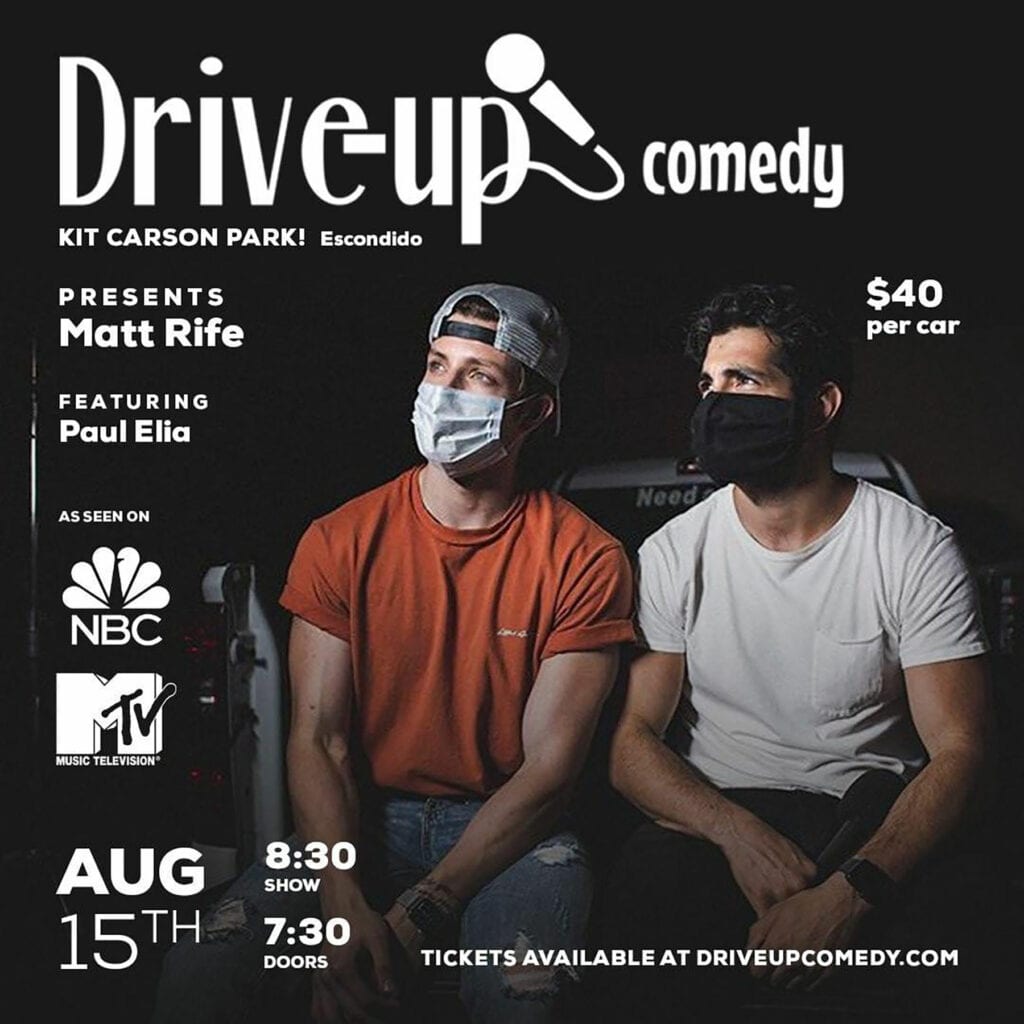