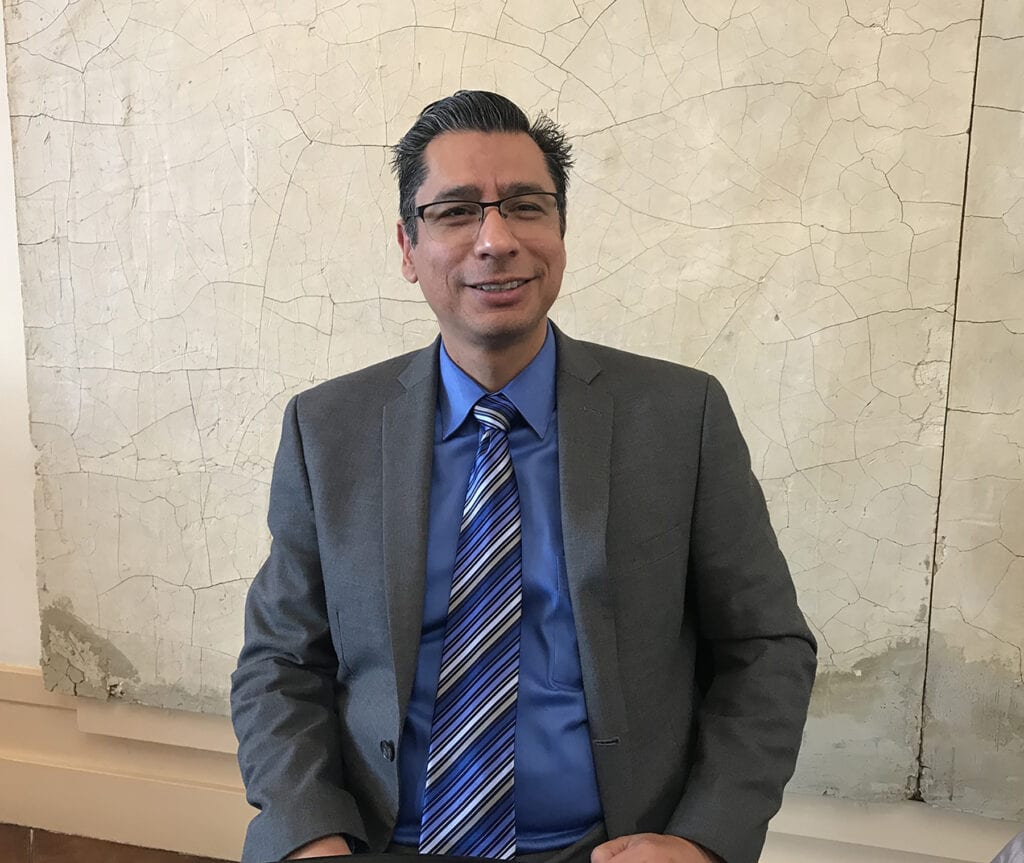 First responders and healthcare providers are frequently being called “heroes” for their work with the COVID-19-infected.

But teachers need to be added to that list, especially those of the Escondido Union School District (EUSD), says Dr. Luis Rankins-Ibarra, district superintendent.

Like school districts country-wide, EUSD has been experiencing the yo-yo-like ups and downs of learning to teach with new methods and technology and then, often on short notice, having to pivot from one method to another.

Rankins-Ibarra says that amid the constant stress of these changes and the necessary “juggling,” he has been “so proud of our teachers. They have adapted so well and they are so creative reaching their students. They are true heroes of this pandemic.”

In July, the EUSD board reported the establishment of two teaching models, the “contingency” of full distance learning for those families wanting to keep their children at home, and a “hybrid” model, combining instruction via Zoom and on-campus instruction, four half-days for grades K-5, two full days for middle school students.

The pandemic then forced delay of the new year to August 25 and the mandate by Governor Gavin Newsom requiring start-up of instruction with distance learning contingency (Times-Advocate, July 23).

Following that, use of the district’s hybrid model was rolled out in phases for different grade levels, from late September to mid-October. And in November, the district had to implement “temporary” suspensions of in-class instruction at two schools – first Mission Middle School and then Pioneer Elementary — because of local increases in infections.

Then, again, in early December EUSD had to institute distance learning only at all of its 23 campuses; saying infections were so wide-ranging that the campuses could not be properly staffed, either for education or health safety (Times-Advocate, Dec. 10).

The district hopes to return to in-person instruction on January 12, but only if it can do so safely, said the superintendent.

Rankins-Ibarra said that the need for the various changes has come in waves, those waves often forced by state mandates, these also frequently changing. He terms this a matter of “piling on, piling on.”

“I’m frustrated with the politics in Sacramento,” he says, citing changes in both health protocols and “new layers of reporting requirements.”

As just one example, he noted the mandating of social distancing when in-class instruction is allowed, but the great difficulty of doing this in the district’s schools that lack the sufficient space.

The district’s enrollment is now 14,000 students, compared to pre-pandemic enrollment of 14,800. (He acknowledges students moving to private schools and that some of students may have dropped out of schooling altogether, “though we haven’t been able to quantify that.”) But he says fewer students does not translate to reduced workload.

He cites the great amount of time developing the changed instruction protocols along with the constant need to do contact tracing. “With anyone infected at the school level, you have to follow up with families, requiring quarantine or not,”  said Rankins-Ibarra. This means “a lot of time on the phone with families.”

The most recent suspension of in-class instruction was forced by the spread of infections to teachers and support staff. The district was simply unable to provide the necessary personnel to operate the schools.

For instance, he says the district can call on up to 50 substitute teachers for its schools, if necessary, and could not supply more than that as the numbers of those needing quarantine quickly increased.

Similarly, the necessary support staff was not available when one person’s infection required contact tracing and quarantining of several others.

Thus far—at least for the current grading period—the district has not yet been able to determine the impact of this turmoil on students’ grades. (It will be reported, when determined, he says.)

But he expects EUSD likely to follow the national trend of grades being somewhat lower, the result of students “not performing.” He further suggests this will likely be seen most in the grades of older students less self-motivated and not doing the necessary work.

Returning to the significant pressures and stresses on teachers, Rankins-Ibarra says he constantly tries to find the positives, frequently sending them messages of support and hopefulness. The primary message:  “We are going to get through this.”

And what about the stress on him, as superintendent, and the constant need to deal with the inevitable questions and frustrations of teachers, students, families?

“When I can find a moment, I go for a walk, just enjoying the sun, the fresh air. It keeps me grounded,” he told The Times-Advocate.