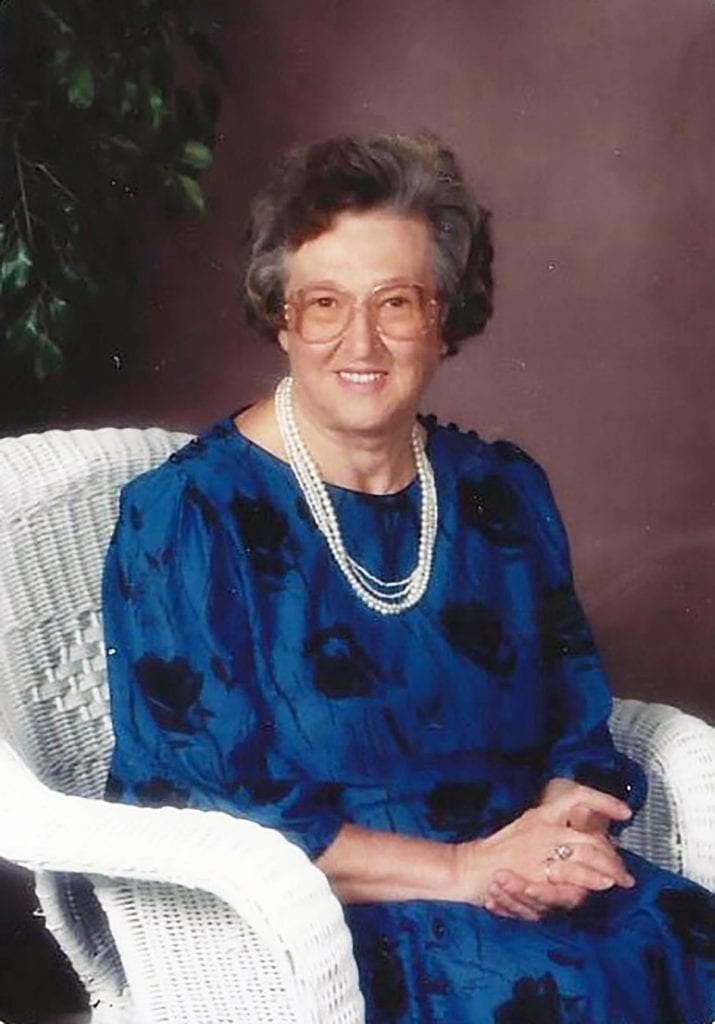 Dorothy “Dottie” Evelyn Harris was born January 29, 1925 in Scranton, Pennsylvania to Samuel Gockley and Jennette Curry-Gockley. She enjoyed a large family of eight siblings of whom Mrs. Harris was the last survivor.

She was married to Wilfred Harris Sr. for 57 years until his passing in 2002. They shared a loving home with their three children in La Mesa, California.

During WWII, Mrs. Harris worked in a factory making camouflage nets while her husband was aboard the U.S.S. Landsdowne in the Pacific.

Throughout her life “Dottie” was always very active in her community; working as a volunteer for 35 years at Grossmont and Alvarado hospitals in the La Mesa area, for voting polls during elections, and performing as “Dottie the Clown” for the children’s wings and other patients in the hospitals.

Strong in her beliefs in her creator, Mrs. Harris never met a stranger, but always a potential friend. One of her passions was sewing and craft-making. Dottie created whimsical “dammit dolls” to ease people’s stress, cross-stitched crosses and pen/notebook sets for family, friends, co-workers and the hospitals where she volunteered.

She is survived by her son John (Jack) Harris and wife Sinnamon Harris; son Wilfred (Wil) Harris Jr. and wife Theresa Harris; daughter Jodie Ann Runchey and husband Jim Runchey. She has 10 grandchildren and 11 great-grandchildren who she enjoyed immensely.

A private memorial service will be held May 8, 2020, at El Camino Memorial Park Cemetery in Sorrento Valley where she will be laid to rest beside her husband.