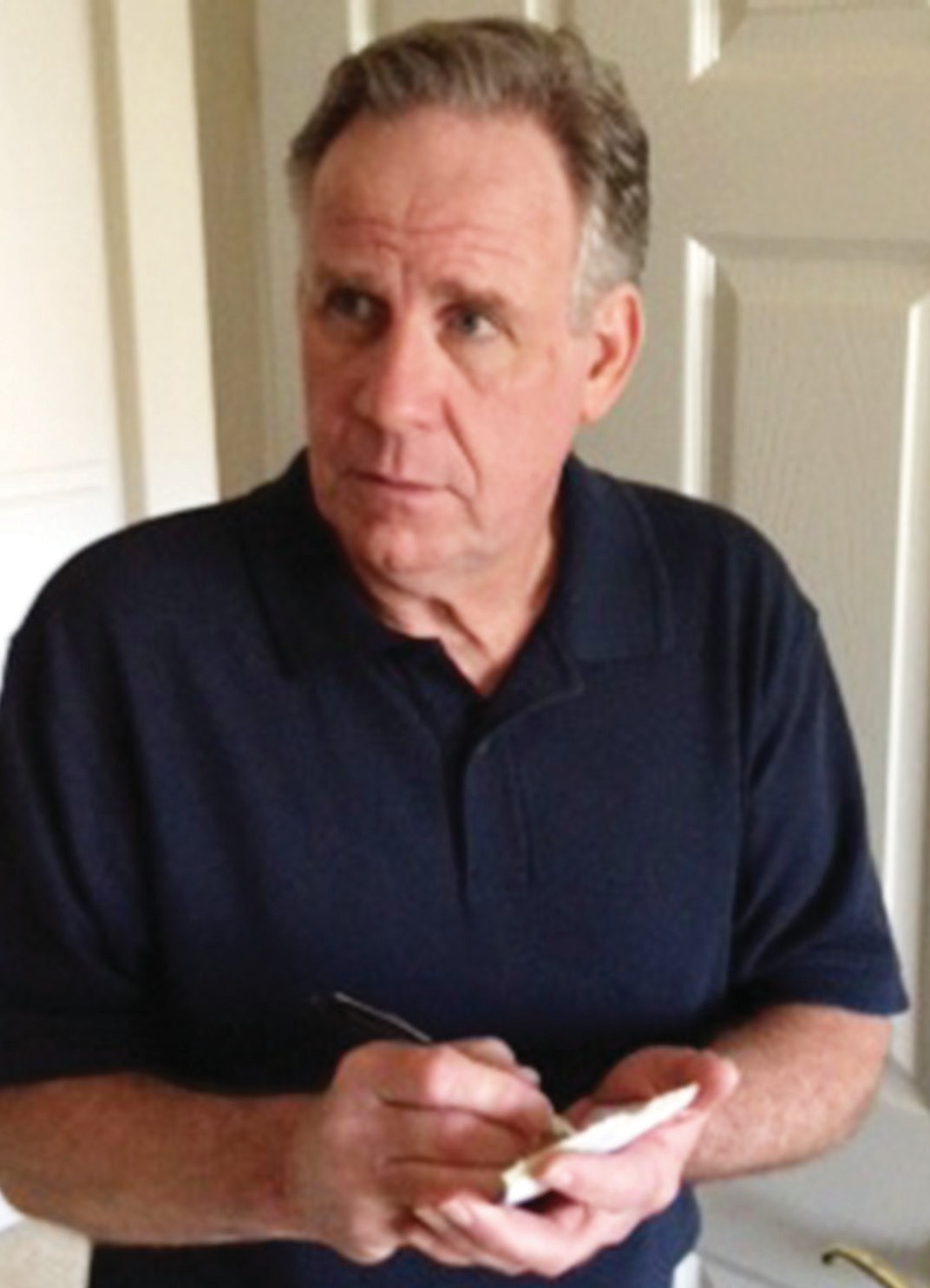 Ok, some of you local basketball fans, talking heads and media types, it’s time to return from the Land of Oz and get back to reality. I recommend that you take a deep breath, double pump the brakes and calm yourselves down. Just chill out, sim­mer down and if it helps you regain some perspective and reason, slowly count to ten. Believe me, you’ll feel a lot better and for sure, you’ll sound a hell of a lot more rational.

For those of you not exactly sure to what I refer, allow me to provide some background and set the table for what will be the crux of this article.

Recently, the San Diego State hoop team has been making a nice run through their side of the bracket of the National In­vitational Tournament. Coach Steve Fish­er’s crew has taken on three teams from vastly different locales and dispatched every one of them in impressive fashion. Hey, good for the Aztecs. They are cer­tainly deserving of a pat on the back, con­gratulations and a fair amount of kudos. No one with a speck of credibility would claim that what SDSU has done doesn’t justify some praise. But, and this is where too many Aztec honks, boosters or hom­ers behind microphones miss the point, that commendation must come within a proper context.

Yes, the Aztecs are kicking some tail but the fact is they have been beat­ing up on lesser lights and schools that must be considered at best, mediocre. In other words, SDSU is doing its damage against squads that are marginal and con­spicuously flawed. Sure, Fisher’s guys are taking care of business (thus far, all the wins coming at home) but at whose expense? IPFW (say what?), Washington and Georgia Tech don’t exactly constitute a murderers’ row. I’m not so sure that a team of high-profile hustlers from Muni Gym couldn’t take down a couple of those teams.

But the biggest reason you can’t over­hype or get all that enthused about what SDSU is doing is because of where this mini-roll is taking place. We’re talking the NIT here folks, a place where virtually no one wants to be. Compared to the NCAA Tournament, the real deal and the gold standard of college postseason play, the NIT is analogous to a consolation price, a cheap apartment or so many hand-me- downs. Far from being the Big Dance, the NIT is like a block party that sometimes doesn’t even interest those who are there.

That’s why it’s so laughable, ridiculous and even irritating, to hear so many from the public sector as well as those over the airways wax poetic about the Aztecs’ NIT success so far. There have been absurd assertions such as that this clearly dem­onstrates the Aztecs are an upper-echelon team. Or that this run is something of great significance and impact. Or that this categorically proves that State got hosed when the NCAA elected to exclude it from its field of 68. Huh? What? Are you kidding me, man? All of these contentions not only reveal stupidity and misguided provincialism, they reflect a complete ig­norance of the facts.

Many State fans and supporters are still steaming because the Aztecs weren’t deemed worthy enough to go dancing. State’s apologists point to SDSU’s 16-2 regular-season Mountain West Confer­ence record as exhibit number one as to why it should have received a bid. But rel­evant and mitigating facts are convenient­ly ignored. To begin with, the MWC was among the dregs of college basketball and its overall weakness was both stunning and glaring. Next, the Aztecs suffered in­excusable losses to USD and Grand Can­yon that greatly stained their resume and frankly, made them look exceedingly bad. State also had a damning record (2-3) ver­sus the teams immediately behind it in the MWC standings, Fresno State and Boise State. But worst of all, when it mattered most, when everything was probably on the line in the MWC Tournament finals against the Bulldogs, the Aztecs stumbled and fell 68-63. It’s really hard to bitch that you got robbed when your very future was right there in your hands and you couldn’t get the job done. Instead of blaming the selection committee, the Aztec fan base needs to take a harder look at the very team it constantly extols and reveres. To put it bluntly, State flat out blew it.

But despite that harsh truth, State was still a bona fide bubble team and had it made it into the NCAA show, their par­ticipation shouldn’t have created much fuss or controversy. No doubt you could have constructed a legitimate case for the Aztecs. One that had real merits and some compelling arguments on the plus side. But conversely, there were also plenty of reasons to leave them on the outside looking in. State had, by its own doing, put itself in a precarious position and al­lowed its fate to be decided by others. The ultimate decision could have realistically gone either way. The fact that it didn’t go in State’s favor can’t be argued all that vigorously. Teams like Monmouth and St. Mary’s were much more deserving than State and they also got snubbed.

To the Aztecs’ credit, they have re­sponded well since the news of their ex­clusion. In the immediate aftermath of not making the Big Dance, many teams have allowed that disappointment to sour their outlook and they come into the NIT list­less and unmotivated, just ripe for the tak­ing. Not so SDSU. They’ve been juiced since the start and that speaks well of their resolve and character.

But here again, an inordinate number of people have read way too much into their victories, particularly those over Wash­ington and Georgia Tech. Sure it’s an ego boost for the program to take down teams from Power-Five conferences but let’s not get carried away here. Both the Huskies (19-15) and the Yellow Jackets (21-15, 8-10 in league) resided in the lower half of their respective standings and were considered to be run-of-the-mill teams. And yet, to hear the chorus of the Aztec partisans, this is clear-cut evidence that State could be a major factor if it played in either the Pac-12 or the ACC. What a bunch of hooey!

No doubt that on any given night, State could probably match up with most teams in either of those top-notch conferences. The Aztecs’ length, height and commit­ment to defense would ensure that. But over the long haul, no way would they succeed or even tread water. SDSU’s in­consistency and struggles on the offensive end would greatly undermine it. More­over, after having to go up against rugged and viable competition on a regular basis, something that is completely foreign to State, an undeniable attrition factor would set in and prove to be too much for the Aztecs to overcome. They are simply not equipped to handle that kind of a demand­ing gauntlet. If State had played in either the Pac-12 or ACC this past season, I’d bet everything I have, including my life, that they wouldn’t have been able to break even or even approach a .500 mark. But that’s just one man’s opinion, though it’s based on years of observation and a fairly reliable gut-feel. The fact is we’ll never know for sure.

Despite its second-class status, the NIT has afforded the Aztecs the glorious op­portunity to travel to the Big Apple and do battle in a true showcase of the sport, Madison Square Garden. No matter what the circumstances, it’s always a rush to be able to play in New York. The other three semifinalists, Valparaiso, BYU and George Washington (State’s Tuesday night opponent) are all solid squads but again nothing special, nothing particu­larly noteworthy. Many of the most recent NIT projections have the Aztecs sustain­ing their run and taking home the title.

If that should happen, you can count on plenty of overreaction in America’s Finest City, with scores of Aztec boosters hail­ing it as a monumental achievement and a high-water mark for the program. How­ever, it really won’t be. A nice accom­plishment, sure, something to be proud of, most assuredly, but far from earth shatter­ing or program defining. And really, not something to get all that jacked up about.

It’ll merely a championship in a mid­dling and secondary event. No more, no less. And anyone who tries to sell it as anything else, doesn’t know a whit about hoops. The NIT will forever remain the little brother of the postseason tourneys. Not exactly a lightweight but hardly in the same class as the monster that roars, the Big Dance.