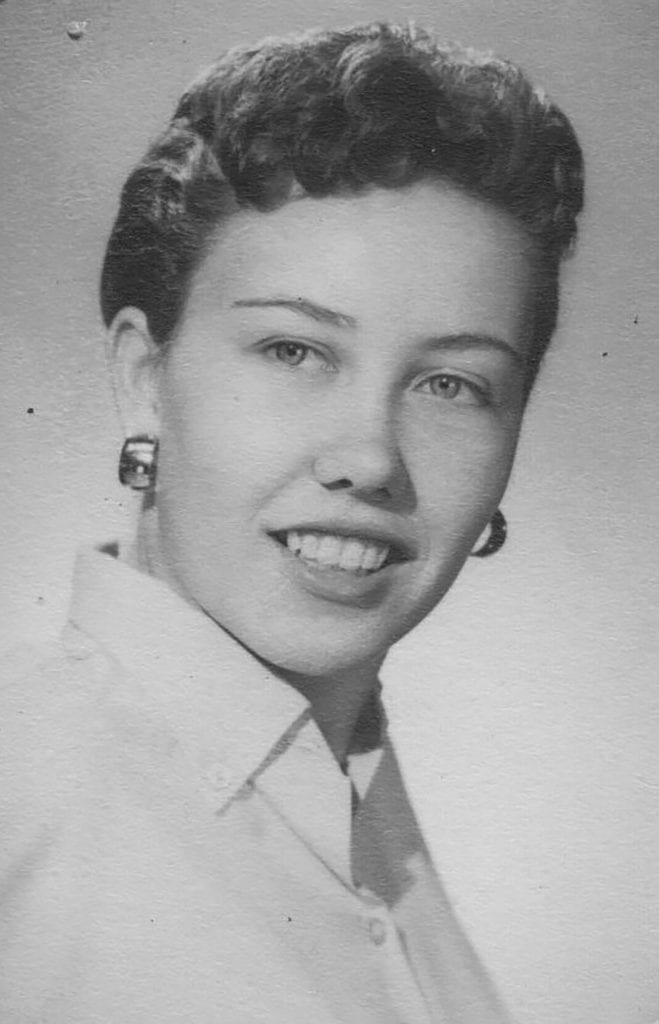 Mrs. Huffman was born in Los Angeles in 1938, and was raised, along with her younger sister by a single mom.  She graduated from Antelope Valley High and was hired at General Electric on Edwards Air Force base during the time people know as the Space Race.  It was there she met her husband, who worked on base at NASA during a car pool with his mother who also worked at G.E.

The couple married in Lancaster, California, and had a baby girl, Stephanie Kae Huffman. They were charter members of Antelope Valley Bible Church and were extremely active in ministry and service.  Sadly her husband was diagnosed with cancer of the colon at the age of 36 and passed away a few short months later. She was 33.

Mrs. Huffman moved to Escondido, California and worked at her mother’s escrow office and then went on to become a manager of Christian bookstores for a period of time.  She loved books, reading about one a day. She also loved reading her Bible and her morning prayer time.  She later moved to Houston to be near her sister with her mother following shortly after.

After relocating to Houston, she quickly became active in volunteer work at Cypress Bible Church in Cypress, Texas, filling the vacancy of Church Memorial/Funeral Reception Coordinator and served in that capacity until leaving for Nashville.  She also coordinated meal trains for church families during their time of need, was a Mother of Preschoolers (MOPS) mentor and a VBS volunteer. She also volunteered at the local Cypress Library for years.

In 2014, her daughter moved her to Nashville and into McKendree Village.  She saw the library and decided it was time for some upgrades.  She lived and loved every minute transforming that room into a place people would want to be and enjoy.

The Celebration of Life Graveside Service was held at Hermitage Memorial Gardens on Sunday, February 9, 2020 with Chaplain Jesse Green officiating.  It was followed by a Memorial Service at the Chapel at McKendree Village, in the Link Building, on Monday, February 10.

Memorial contributions may be made to Samaritan’s Purse, PO Box 3000, Boone, North Carolina 28607.