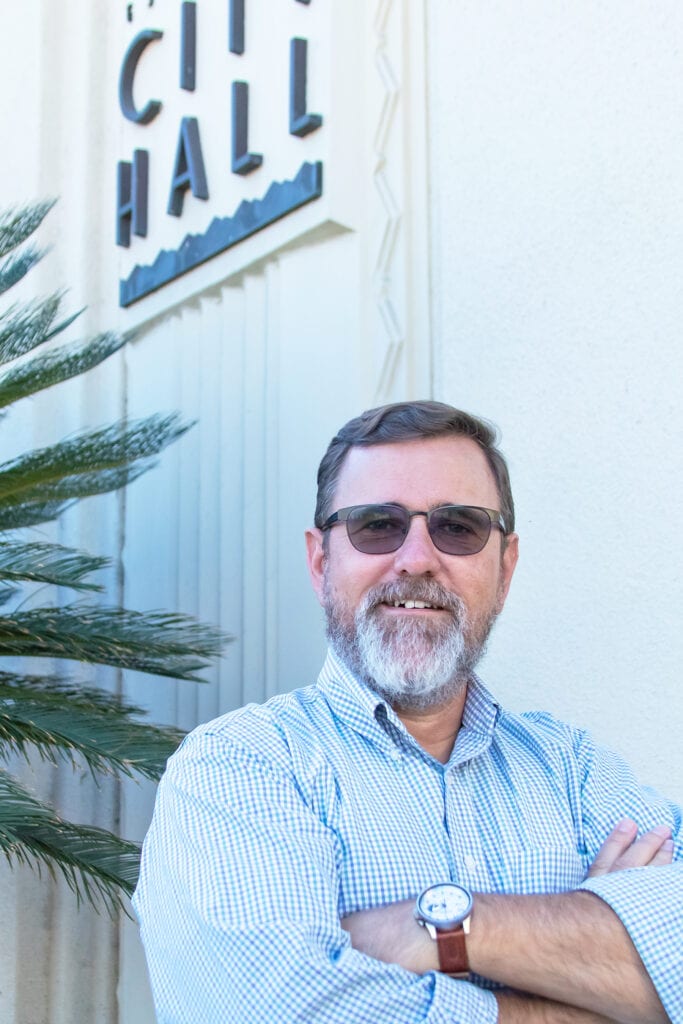 Donald J. Greene is running for the District 3 city council seat currently held by Olga Diaz. The retiring councilmember has endorsed him for her seat.

“I ran in 2012 in the last at-large election and would have run again in 2014 when they broke the city up into districts,” said Greene. “I told Olga Diaz I would never run against her because I support her in what she does. She asked me to run this time and she endorses me for the race.”

Greene is running, he said, “because I feel very strongly about Escondido as my home. I’ve lived in the district in eleven years and in that time I have advocated for low income families, working class families and seniors and want to bring the expertise I have gained to the city from 2014-18 when I was the council aid to the deputy mayor of the city of Oceanside. I know the job of a councilmember. I’m the only candidate that has actual city council experience and working knowledge of how things get done at City Hall.”

Greene has lived in Escondido for 11 years. He is president of a nonprofit advocacy group for the LGBTQ community in the Catholic Church, Dignity USA. The local version is Dignity San Diego. He told The Times-Advocate, “I also do some political consulting work.” From 2014-16 he was north area vice chairman of the San Diego County Democratic Party.

He lives in a mobile home park, and from the moment he moved there he has advocated for mobile home residents. He has represented them at rent hearings, and advocated for them during the first districting process to make sure mobile home parks would not be split up. “I’ve been a witness in court for mobile home owners charged illegally for services at their parks and we won those cases,” he said. “I have worked very much along with Olga on the Escondido Creek projects. And done some work with Interfaith Community Services and served on their board for a short period of time.”

An ordained Catholic priest, Greene has an MA in divinity and theology.

Asked to name the election’s top issues, Greene answered, “Until about a month ago I would had  a different answer. Our most pressing issue is the $14 million deficit the council will be facing. The sales tax initiative that failed to get on the ballot was the main way the current council was looking to close that deficit. But now, we have to find other ways to do that. I believe I have strong ideas on how to do that.”

First, he would change the way the city sources its revenue. “The major portion of our revenue comes from sales tax,” he said. “We are the only city in North County that has its largest percentage coming from sales tax. We go through the typical seven to ten years economic cycles whereas other cities are able to maintain a steady stream of income because they are property tax heavy. We need to build more infill smart development and make property tax our larger portion for revenue. We also have an opportunity: the city owns quite a bit of property. We could sell or lease it. Take the one time windfall or lease and have a steady stream from that. Like the city of San Marcos, which has done a lot to generate revenue from that.”

Another obvious thing he would do is bring in more business, such as legal cannabis sales. “While I was in Oceanside, I wrote the draft cannabis ordinance and would like to see us reverse the ban and open the market in Escondido. I believe that would bring a lot of outside folks in Escondido to make purchases, leave some sales tax with us and go back home.”

He also favors community choice energy. He refers again to his experience in Oceanside. “The deputy mayor and I were instrumental getting Oceanside involved in the CCE that they are involved with currently. That will give us some added revenue into the city as well.”

He also wants to address climate change, specifically the city’s “tree canopy.” “We have too many impermeable surfaces in the city, which raises temperatures and lessens quality of life,” he said. “I would like to see us increase our trees to reduce temperatures and plant fruit trees so we can help provide fresh fruit to our residents as well.”

District 3 has only one park, he notes. “I would like us to find new park spaces for our residents. The city currently owns two lots that would be ideal for development. One is the site of the Old Bear Valley Market, where Bear Valley and Valley Parkway merges. It’s currently a Superfund site.” He proposes above ground plantings there and putting in a couple of basketball courts.

“I would also like to see us continue the work on Escondido Creek; developing the linear park that has been proposed. Some improvements have been made and the Escondido Creek Conservancy is looking at putting in an installation off of Woodward on the City Hall campus. That would remove a parking lot and create an open space that would be flood control for the creek. A place to increase public space and trails.”

Greene supports creating a citizens oversight committee for the police department. “I am supportive of our department,” he told The Times-Advocate. “I believe there is a place and purpose for police and I’m not in favor of disbanding. I believe we do need to have citizen input and representation. For example, in 2019 the department redid all of its policies and procedures without any public or council input. We should have public oversight or at least input for our policies for all departments of City Hall.”

Why him, rather than one of the other candidates?

What would he say to a constituent if he just had a moment to try to win that vote?

“I would say I am the best experienced, most trusted, most endorsed candidate in the race. I’ve worked hard for the people of District 3 for 11 years. I definitely have lived in the district longer or at least as long as my counterparts, I know the issues of the city. I have the support of the outgoing councilmember, who wants very much to make sure that the work she has begun continues. She knows I’m the only who can pick up the ball and carry it.”

His campaign relies heavily on social media. “We’ve heard a lot of negative feedback from folks who have been visited by people at their doors,” he said. “We are doing a heavy social media. Mail and phone calling but no knocking on doors. We don’t want to make anyone uncomfortable.”

You can find out more about Greene’s campaign and positions by visiting:

And on all social media.